As Farmer Protest Crosses 100-Day-Mark, What Should We Expect from the Face-Off in Election Season?

It is unlikely that anything will happen before the announcement of election results, but the recommendations of the SC-appointed committee may offer a clue as to what the Centre will do. 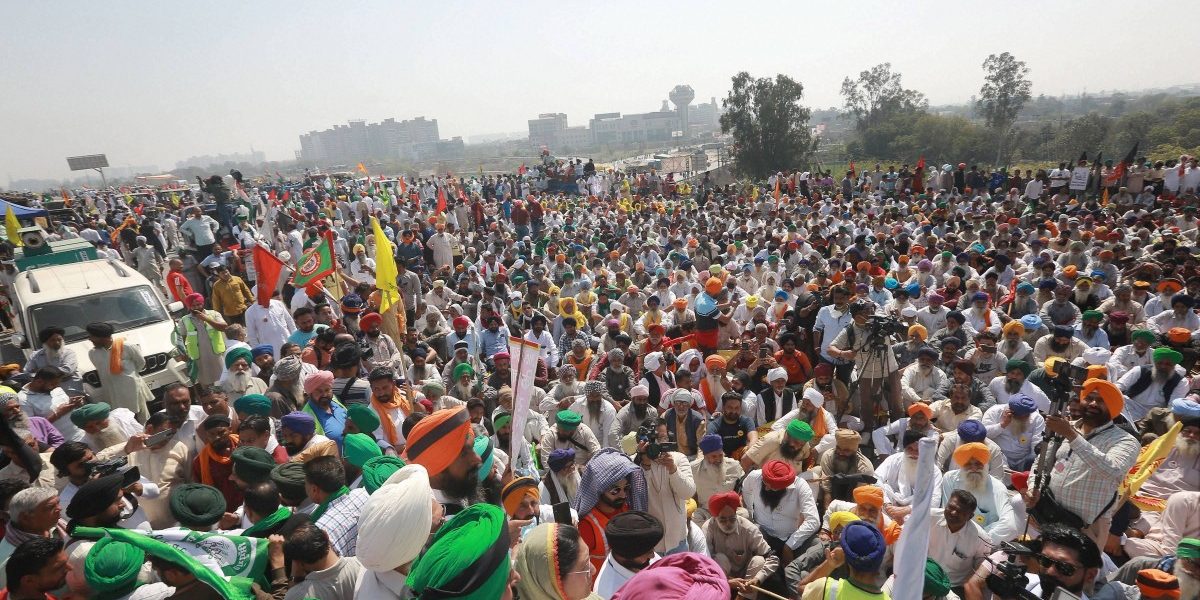 On March 6, 2021, the farmers’ agitation on the borders of Delhi completed 100 days. There is no indication of negotiations between the government and the farmers leaders, stalled since January 21, 2021.

It appears that the government is currently focused on the assembly elections in Assam, Kerala, Puducherry, Tamil Nadu and West Bengal, rather than reaching a settlement with the agitating farmers. Till the counting of votes on May 2, 2021 it is unlikely that the government will resume negotiations.

A victory for the Bharatiya Janata Party (BJP) in these elections will likely be presented as a referendum on three farm laws and in that event, the government may decide to take an even harder stand when the negotiations resume.

So, what should we expect from May onwards?

However, it may recommend some changes to the laws. These may include some form of licensing in the trade area, reporting of purchases outside APMCs, regulation of online portals, reporting of stocks through Warehousing Development and Regulatory Authority (WDRA) and much higher investment in APMCs, so as to prevent them from withering away (as feared by the agitating farmers). It is possible that conditions of contracts under the Farmers (Empowerment and Protection) Agreement on Price Assurance and Farm Services Act 2020, may be made more stringent so that the apprehensions of farmers losing their land to corporates may be addressed.

The apex court may then direct the Centre and the farmers to come to the negotiating table and use the recommendations of the committee as the basis for negotiations.

It is, however, unlikely that the government will show any urgency to enter into any negotiations till the declaration of the result of assembly elections. Now that the model code of conduct is in force, the government can always contend that it is not possible to take a decision on farmers demand for repeal of laws.

Another possibility after declaration of election results is that SC may fix a date of hearing the petitions filed by Manoj Jha and Tiruchi Siva, Rajya Sabha members from Bihar and Tamil Nadu respectively. Another petition filed by Rakesh Vaishnav of the Chhattisgarh Kisan Congress may also be taken up for hearing. The Centre’s powers and constitutional validity of the Farmers’ (Empowerment and Protection) Agreement of Price Assurance and Farm Services Act, 2020, Farmers’ Produce Trade and Commerce (Promotion and Facilitation) Act, 2020 and The Essential Commodities (Amendment) Act 2020 have been challenged in these petitions.

Ironically, it is easiest for the government to accept the demand of farmers for repeal of the three farm laws, while the demand to enact a law to make the MSP mandatory for all the crops is too complex  to be accepted. However, it is an undeniable fact that in many parts of India, farmers do not even get MSP for wheat and paddy. Since 2015-16, the government has procured much higher quantities of pulses, onion and oilseeds than earlier but the procurement system is not as robust as that for wheat and rice. For fruits and vegetables, there is no MSP and for several horticultural crops, there is huge fluctuation in prices. Quite frequently, the prices fall below the cost of production. For milk and poultry also, the producers have not received remunerative prices due to various reasons, beyond their control. Therefore, even if the Government feels that it cannot enact a law guaranteeing the MSP, it will do well to evolve some method to compensate the farmers.

Since the experiment of deficiency price payment did not succeed in Madhya Pradesh, a crop neutral direct income support could be an option. But such interventions in a complex agricultural scene will require extensive consultation with the states and other stakeholders. If there is one area which requires the setting up of an expert committee, it is this.

To sum up, the farmers at Delhi borders may have to wait out on the roads in sweltering heat, till the first week of May, for any negotiations with the government to start.

Whatever the result of this agitation, the farmers have strengthened the case of India in WTO negotiations on agriculture. The developed countries would have now realised that more than 99% of Indian farmers are truly low income and resource poor and they cannot survive without Government subsidies.