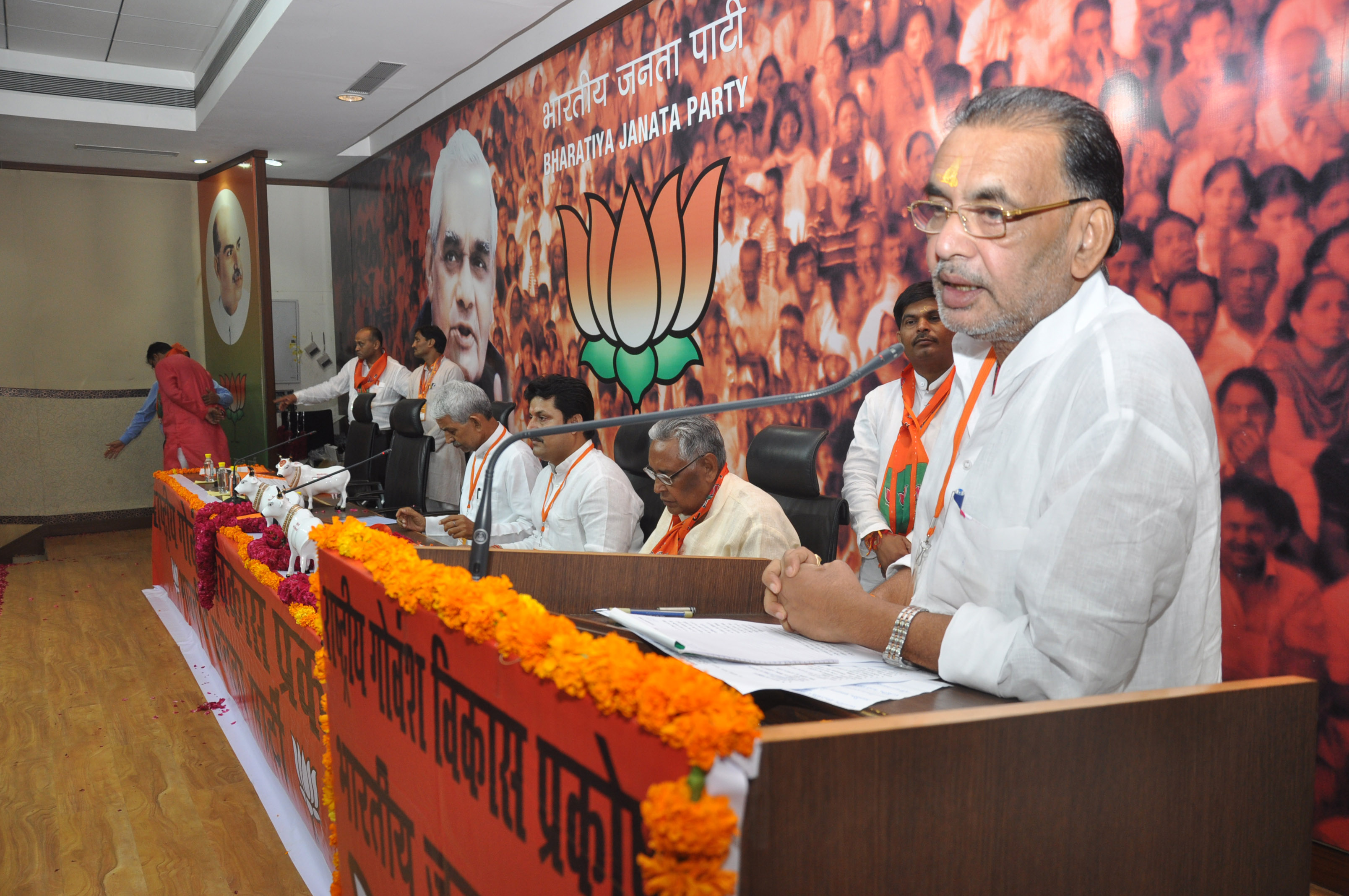 Union agriculture minister Radha Mohan Singh on Saturday triggered a controversy by terming the 10-day farmer protests called by over a 100 organisations as a “gimmick,” inviting widespread condemnation from farmer organisations as well as opposition parties, who demanded his immediate removal from the Union cabinet.

Agriculture minister mocks farmers who are on strike, says they are protesting to gain media's attention #ITVideo
For more videos: https://t.co/NounxnP7mg pic.twitter.com/97X4jTBJNw

According to PTI, the minister, when asked about the ongoing farmer protests across the country said these were nothing but adopting “unusual deeds” to grab media attention, as these farmers belong to organisations with “only a few thousand members.” He was addressing a news conference in Patna on completion of four years of the BJP-led Narendra Modi government.

Singh is not the only one in the BJP top rung to have made “insensitive” comments on farmers who are agitating across the country demanding higher minimum support price and loan waivers. A few days ago, Haryana chief minister M. L Khattar had termed farmer protests as “pointless,”, according to an NDTV report.

“There is no issue,” Khattar had said.

The remarks of senior BJP leaders and ministers drew a sharp reaction from opposition parties.

“It is the height of insensitivity on part of the Union agriculture minister at a time when farmers are under so much distress. He should be sacked immediately,” Rashtriya Janata Dal spokesperson Manoj Jha told PTI.

“Radha Mohan Singh’s comments is part of a series of uncharitable remarks made by BJP leaders against farmers. We wonder if (Prime Minister Narendra) Modi sees him as a poster boy for his proclamation of ‘sabka saath sabka vikas‘,” he said.

Congress legislature party leader in the Bihar assembly Sadanand Singh told PTI  that the BJP has been ridiculing distressed farmers instead of solving their problems.

“The remarks of the Union agriculture minister are insensitive. Thirty-five farmers in the country commit suicide every 24 hours, but the Modi government seems to be impervious to their plight,” he said in a statement.

Slamming the Minister’s statement, CPI(M) leader Sitaram Yechury tweeted: “For Modi and his ministers, everything is about media coverage. Even suicides of our poor and hardworking farmers. Truly shameful and abominable.”

For Modi and his ministers, everything is about media coverage. Even suicides of our poor and hardworking farmers. Truly shameful and abominable. https://t.co/eaF7Z4i4Jz

The agriculture minister’s statement comes at a time when over a 100 farmer organisations in North India have launched a 10- ‘Gaon bandh’ agitation in several states including Punjab, Madhya Pradesh, Maharashtra and Rajasthan.

According to DNA, Singh, a BJP MP from Purvi Champaran, has claimed the agriculture sector had seen unprecedented growth under the leadership of Narendra Modi in the last four years and was now focusing on reducing the cost of production of farmers.

However, the second day of the farmer protest had seen a sharp decline in the amount of vegetables and grains reaching urban centres, said PTI, adding that only 800 sacks of grains and vegetables had reached the market in Madhya Pradesh’s Mandasaur, the epicentre of last year’s farmer protests that led to six deaths of farmers. The market normally receives 40,000 to 60,000 sacks every day.

In Delhi, only a quarter of the vegetables reached the wholesale market.