Protesting 'Agri Reform': Why Do Farmers Feel the Deck Is Stacked Against Them?

Everyone wants a better price, but the farm laws should have been designed keeping in mind the vastly unequal bargaining powers between India’s farmers and large businesses. 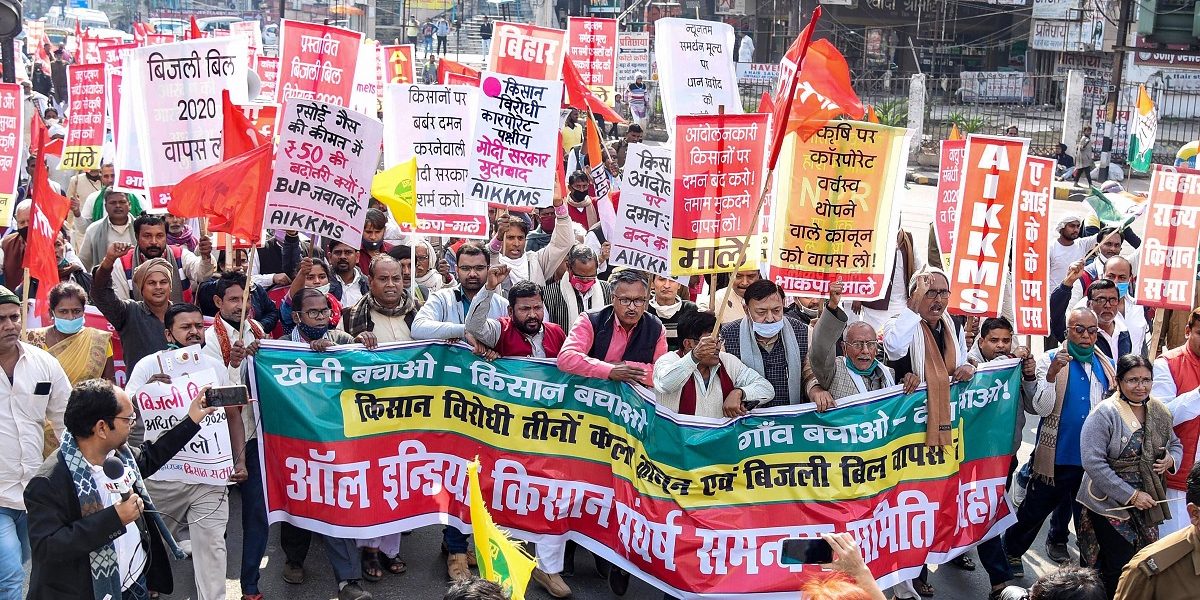 Many have described the controversial farm legislations as a major step towards introducing a free market in agriculture. The government, too, has contributed to this narrative by emphasising that the legislations would allow the farmers to “freely” negotiate the best deals with large traders and agri-businesses.

The problem with this narrative is that the free market in agriculture is a myth which has frequently been sold, both in the context of domestic as well as international trade. The reality is that in most economies, agricultural markets are tightly regulated by governments and/or oligopolies, and in recent decades, the latter have gained ascendancy.

In keeping with the times, the Indian government has introduced the three laws, which are nothing but an ensemble of instrumentalities for handing over regulatory control of agricultural markets to traders and large businesses.

Therefore, when the Contract Farming Act promises “a national framework …that protects and empowers farmers to engage with agri-business firms, processors, wholesalers, exporters or large retailers for farm services and sale of … farming produce at a mutually agreed remunerative price framework in a fair and transparent manner”, the farmers have refused to accept that this legislation can protect their interests. Their stance is fully justified since the legislation does not include any enabling provisions for effectively protecting and/or empowering the farmers – it essentially lays down the conditions that the farmers have to fulfil while entering into agreements with large businesses.

The second legislation, the Farmers’ Produce Trade and Commerce (Promotion and Facilitation) Act, 2020, complements the first by promising “the creation of an ecosystem where the farmers and traders enjoy the freedom of choice relating to sale and purchase of farmers’ produce which facilitates remunerative prices through competitive alternative trading channels…” However, the Act only provides a litany of procedures and the controversial dispute resolution mechanisms that can only increase the transaction cost for the farmers.

Also Read: ‘We Won’t Get Scared’: The Spirit of Farmers’ Protest Is Inescapable in Punjab

While the government is waxing eloquent about the “freedom” the farmers have to negotiate with the traders, it is important to understand whether an ordinary Indian farmer has the ability to negotiate with large businesses and to get remunerative prices for their products.

The reality of Indian farmers has been revealed by the government in its submissions to the World Trade Organisation (WTO): 99.43% of the country’s farmers are “low income or resource poor”. This figure is an admission of the fact that the farmers operating marginal, small, and medium holdings – agricultural holdings up to 10 hectares – are “low income or resource poor”. Thus, in the government’s view, only the large farmers, or 0.57% of the total, are well-endowed.

There cannot be a better indicator describing the vastly unequal bargaining powers between India’s farmers and large businesses. When have negotiations between entities with vastly unequal strengths benefited the weaker parties?

The Contract Farming Act has several provisions that could potentially put the farmers in an even worse bargaining position, as large businesses have been allowed to impose a slew of conditions in their agreements with the farmers, which include complying with quality, grade, and standards, among others for pesticide residue in the products. The Act clarifies that the standards may be “formulated by any agency of the Central Government or the State Governments, or any agency authorised by such Government for this purpose”. This implies that besides the standards introduced by government agencies – which are adopted by following transparent processes, the Act allows businesses to introduce private standards which are often arbitrary and can be used to impose unfair terms on the farmers.

The Act further provides that “quality, grade and standards shall be monitored and certified during the process of cultivation or rearing [of animals], or at the time of delivery, by third party qualified assayers to ensure impartiality and fairness”. This provision highlights the deeply intrusive nature of contract farming, and the curbs it could impose on the freedom of the farmers to carry out their activities, leave alone get “remunerative prices”.

What is worse, the Contract Farming Act allows the inclusion of a number of contentious conditions like good farming practices and labour and social development standards in the farming agreements. Attempts to impose labour and social standards on Indian farmers is ironical, for India has consistently resisted the pressures of industrialised countries to incorporate these standards in global trade rules as they are instruments for undermining the legitimate rights of workers in the developing world. How can a government, which speaks of helping the farmers to double their incomes, introduce these grossly unfair instruments that can only increase their exploitation by large businesses?

The absence of any mention of minimum support prices (MSP) in the legislations should be interpreted as a quiet withdrawal of the government from the public procurement system. Since its significant involvement in agricultural markets from the mid-1960s, the government has facilitated India’s transformation from an import-dependent country to one that has large food grains stocks. Public procurement has had three advantages: one, providing incentives for farmers in the form of assured returns; two, dampening arresting price volatilities of major agricultural commodities in India, which is a common occurrence in global markets; and finally, helping to build food grains stocks for sustaining the public distribution system (PDS). It is a no brainer that if the government stops procuring food grains by offering the MSP, the PDS will collapse.

The government can ill-afford to withdraw the PDS as high incidence of undernourishment afflicting a sizable section of our countrymen remains one of its most formidable challenges. The Global Hunger Index for 2020 gave a grim reminder of this reality: India was ranked 94 out of the 107 countries for which the numbers were provided. Further, the State of the Food Insecurity of the Food and Agriculture Organisation, showed that during 2017-19, “prevalence of undernourishment in the total population” in India was 14%, the second-highest among South Asian countries.

It is a sad commentary that while hunger and undernourishment have remained a major problem, whose intensities have increased in the pandemic-induced economic crisis, the government is planning to transform India as an agricultural export hub. A NITI Aayog member has recently argued that given the emerging demand-supply scenario in the country, India will be required to sell 20-25% of the incremental agri-food production in overseas markets in the coming years.

This argument refuses to accept that given the scale of undernourishment among the country’s population, food stocks are a manifestation of inadequate implementation of the National Food Security Act (NFSA). In fact, over the past few years, budgetary allocation for the implementation of NFSA has been falling in real terms.

Since it embarked on the economic liberalisation policies three decades ago, India has consistently submitted in the WTO that its agricultural policies are designed to ensure food security and protecting the farmers from the uncertainties of the market forces.

India could therefore justify the imposition of high import tariffs in order to protect its agriculture from the heavily subsidised products that are traded in international markets. Can the government justify its moral high ground for protecting agriculture now that it wants to make the country an agricultural export hub?