Not only are they not receiving the promised higher MSP, farmers say they are being forced to sell their wheat at prices lower than even the Central MSP. 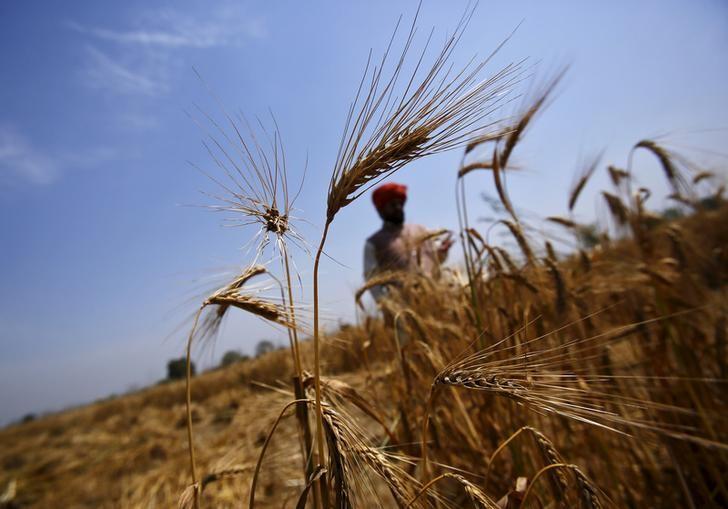 New Delhi: Only six farmers benefited from state procurement of wheat in the state of Delhi in the 2020-21 rabi marketing season, information obtained by The Wire via the Right to Information Act (RTI) has revealed. The quantity procured was less than 500 metric tonnes (MT) – or less than 1% of wheat production in Delhi – as per the information provided by the Union Ministry of Consumer Affairs, Food and Public Distribution (MCAFPD)

This is in stark contrast to the announcements made by the Aam Aadmi Party (AAP)-led Delhi government last year, when it had announced the Mukhyamantri Kisan Mitra Yojana (Chief Minister Farmer’s Friend Scheme – CMFFS). Under this scheme, around 20,000 farmers in Delhi were to benefit from minimum support prices (MSP) higher than those set by the Centre.

The Arvind Kejriwal-led Delhi government said that it will set the MSP at comprehensive cost (C2) plus 50%, as the Swaminathan Commission on farmers had recommended and as has been the longstanding demand of farmers and farmer’ unions. This demand has not been implemented by the Centre.

Deputy chief minister and finance minister Manish Sisodia had made a strong pitch for the scheme during his budget speech. “When the country was ruled by the British, the farmers had not died by suicide. But when the county is heading towards development, the farmers are dying by suicide in the 21st century,” he said arguing that the implementation of the Swaminathan Commission’s recommendations with respect to MSP was key to alleviating farmer distress and that the Delhi government was the first government in the country to have implemented the recommendations.

That, however, has not happened, as the information provided by the MCAFPD has revealed. The Food Corporation of India (FCI) – which is under the MCAFPD – is in charge of procurement of food grains and maintaining a database of stock in the central pool.

Deepak Kumar, a resident of Delhi’s Jhuljhuli village, is one of the 20,000 farmers who the Delhi government had said will benefit from higher MSPs. He had sown wheat on eight acres of his field.

“I have not been able to sell anything as the government is not buying in the mandis. About 200 quintals is kept in my house,” he told The Wire over the phone.

Satyan Sehrawat has 10 acres of land in Dariyapur, a village close to Jhuljhuli. He too was unable to sell at the Najafgarh mandi, which is Delhi’s largest mandi. “They were not ready to buy. We would go and they would refuse to buy our produce,” he said.

Sehrawat said that he eventually had to sell in a mandi in Haryana. “I had to bear the transport cost and take my produce to Haryana because the wheat would have rotted here. There was also the risk of being beaten up by the police for crossing state borders.”

Farmers also said that restrictions imposed due to the coronavirus pandemic played a role in restricting their options further. “In the Najafgarh area, earlier we could sell to mill owners and then we could also sell small quantities to other buyers. But this time, because customers were not allowed to reach the mandis, that was not possible. We would also sell some quantities to flour mills in Gurgaon but due to the coronavirus lockdown that was not possible,” Kumar said, arguing that he is waiting for the prices to rise before selling his produce.

“Wheat is being sold from Rs 1,650 to Rs 1,750 in the Najafgarh mandi. The government’s MSP (declared by the Centre) is Rs 1,925. Now tell us how to sell our food grains when we are selling at prices below MSP,” Kumar said. “And I am not even talking about the MSP the Delhi government had promised.”

Kumar also wrote to the Agriculture Produce Marketing Committee (APMC) Najafgarh about low wheat prices in the mandi. In its response to Kumar, APMC Najafgarh accepted that the current prices are below MSP. “Keeping in mind the welfare of the farmers, this office has already informed the nodal procurement agency, i.e the FCI regarding selling of farmers’ crops at rates lower than their MSPs and also requested setting up procurement camps for wheat,” P.K. Kaushik, secretary of APMC Najafgarh, wrote to Kumar on June 27.

It is not clear what steps were taken by the FCI. A questionnaire has been sent to the FCI by The Wire. This story will be updated if and when a response is received.

It is also not clear what steps, if any, the Delhi government took in ensuring that its promise of procurement from 20,000 farmers at rates higher than the MSP is fulfilled. Several calls, emails and messages to officials at the Delhi government’s development department – which looks after agriculture and procurement – did not yield any response. We also made several efforts to reach out to Gopal Rai, the minister for development, but have so far been unsuccessful. This story will be updated if and when a response is received.

Dinesh Ahlawat, a farmer in Dariyapur, said that the MSP of Rs 2,616 per quintal for wheat promised by the Delhi government was a joke. “It is a cruel joke on farmers. Kejriwal came in as a new and different kind of politician. But he has become like the rest, making big promises and not fulfilling them,” he said.

“It shows how serious the Delhi government is in actually helping farmers. We only matter once in five years when they need our vote,” Ahlawat said.