Twitter went into a frenzy after Clinton threw more shade at her 2016 presidential opponent, this time by satirising last week's infamous letter to Turkish president Erdogan. 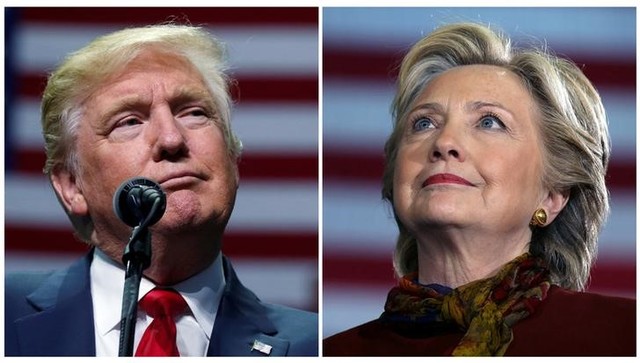 After US President Trump told Turkish counterpart Erdogan in a letter “not to be a fool” or a “tough guy” on Syria, Hillary Clinton mocked Trump by tweeting a fake diplomatic missive by J.F. Kennedy.

Sent by Trump on October 9 after the Turkish leader effectively invaded Kurdish-held parts of Northern Syria – which occurred immediately after the president suddenly decided to withdraw US troops from the region – the letter to Erdogan was less than diplomatic in tone.

“Don’t be a tough guy. Don’t be a fool!” Trump wrote after threatening to destroy Turkey’s economy and proclaiming that the Turkish leader will be remembered as the “devil”. The letter, which Erdogan reportedly threw in the bin, began with a line that could have been culled from Trump’s turn in his reality show, The Apprentice: “Let’s work out a good deal!”

Many questioned the letter’s authenticity, though it was no joke.

EXCLUSIVE: I have obtained a copy of ⁦@realDonaldTrump⁩’s letter to #Erdogan. ⁦@POTUS⁩ warns him to not “be a tough guy! Don’t be a fool!” Says he could destroy Turkey’s economy if #Syria is not resolved in a humane way. Details tonight at 8pm #TrishRegan #FoxBusiness pic.twitter.com/9BoSGlbRyt

Clinton lit up Twitter late on Sunday with a tweet that simply said, “Found in the archives…,” and which had a letter attached dated October 16, 1962, the time of the Cuban Missile Crisis. The letter, signed by then US President John Fitzgerald Kennedy, is addressed to Premier Nikita Khrushchev, the then Soviet leader who had placed missiles in Cuba – and in striking distance of the US.

Found in the archives… pic.twitter.com/iFFeqloYHM

“Don’t be a dick, OK? Get your missiles out of Cuba,” Kennedy wrote in the parody letter. “Everybody will say ‘Yay! Khrushchev! You’re the best!'” The letter then goes on to say that if the leader didn’t comply, everybody “will call your garbage country the ‘Soviet Bunion.'”

But Clinton’s parody tweet – which quickly amassed almost 200,000 Twitter likes – was based on real fear that Turkey was going to undertake ethnic cleansing of the Kurds, who fought alongside the US to defeat the “Islamic State” but whom Erdogan has labeled terrorists.

Clinton was ultimately parodying Trump’s seemingly juvenile attempt to save face after a much-criticised withdrawal from northern Syria exposed the Kurds, long allied to the US, to immediate Turkish attack.