In video footage published by Canadian broadcasters, a translator for Xi can be heard in the video telling Trudeau that "everything we discussed was leaked to the paper(s), that's not appropriate." 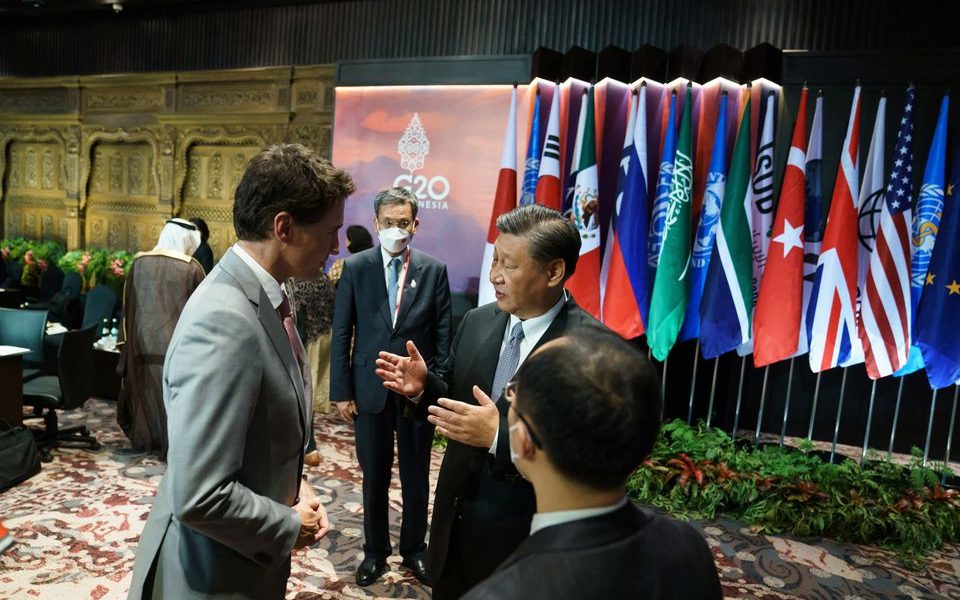 Beijing: China’s foreign ministry on Thursday said Chinese President Xi Jinping was not criticising Canadian Prime Minister Justin Trudeau, a day after Xi was seen confronting Trudeau at the G20 summit over alleged leaks from a meeting they held.

Chinese foreign ministry spokesperson Mao Ning told a regular media briefing that Beijing supports having frank exchanges as long as they are held on an equal basis, and said China hopes Canada will take action to improve bilateral ties.

“The video you mentioned was indeed a short conversation both leaders held during the G20 summit. This is very normal. I don’t think it should be interpreted as Chairman Xi criticising or accusing anyone,” Mao said.

In video footage published by Canadian broadcasters on Wednesday, a translator for Xi can be heard in the video telling Trudeau that “everything we discussed was leaked to the paper(s), that’s not appropriate.”

President Xi Jinping of China accused Canada's prime minister, Justin Trudeau, of leaking details from an earlier conversation between them to reporters. The exchange happened at a reception in Bali, Indonesia, on Wednesday. https://t.co/hDiKp91C1q pic.twitter.com/3Blapwis75

Xi goes on to say, in Mandarin, “if there is sincerity, we can communicate well with mutual respect, otherwise the outcome will not be easy to tell.”

Xi’s displeasure was likely a reference to media reports that Trudeau brought up “serious concerns” about alleged espionage and Chinese “interference” in Canadian elections when meeting with Xi on Tuesday, Trudeau’s first talk with the Chinese leader in more than three years.

“Firstly, I want to stress that China never interferes in the affairs of other countries,” Chinese foreign ministry spokeperson Mao said on Thursday.

She did not say whether Trudeau bringing up alleged Chinese interference on Tuesday was the reason behind the recorded exchange between the two leaders the following day.

The video captured a rare candid moment for Xi, whose image is carefully curated by Chinese state media.

Mao also said on Thursday that Xi telling Trudeau “otherwise the outcome will not be easy to tell” was not a threat, as both leaders were engaging in a “normal” exchange and merely “expressing their respective positions”.