Witnessing the Weeks When Decades Happen

Ongoing political turmoil in the United States captures the democratic experiment in all its glory, along with its follies, with pointers for India. 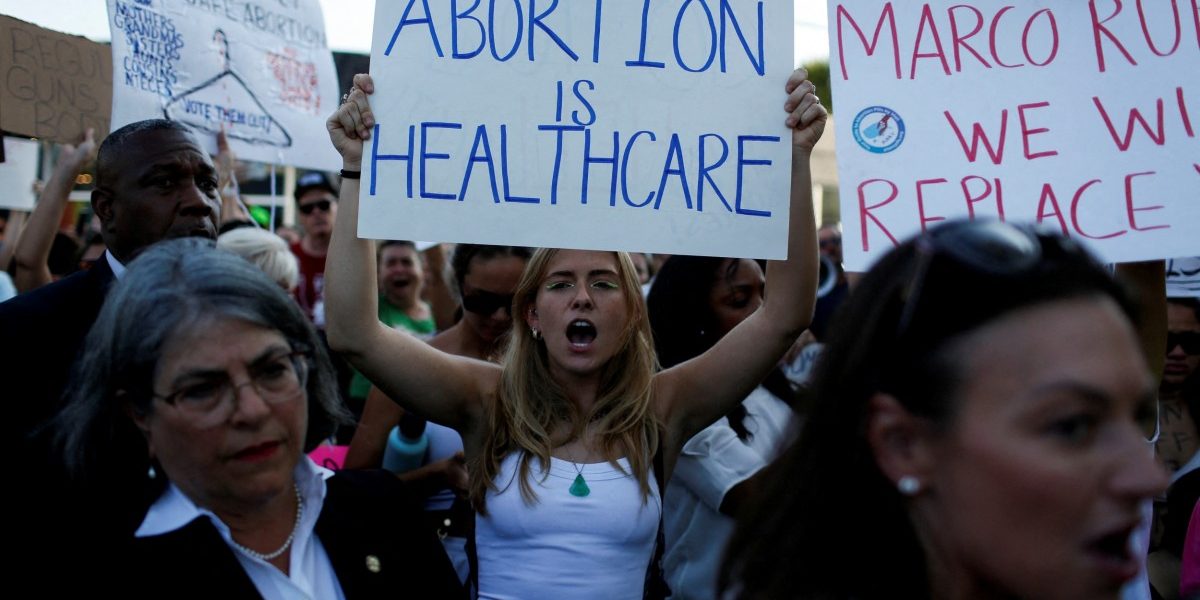 There are decades when nothing happens, and there are weeks when decades happen. Vladimir Lenin left us with a lot of memorable quotes. Over the last few weeks, developments in the United States related to abortion rights and the January 6 hearings have moved mountains, reminding us of not just the famous quote, but also the promises and perils of democratic experiments. If a mature American republic can go through such convulsions, fledgling republics like India should pay attention.

The US Supreme Court overturning Roe v Wade, the 1973 ruling that equated the right to abortion with the constitutional right to privacy, was the culmination of at least four decades of grassroots advocacy and political gamesmanship. Since the right to abortion is not explicitly mentioned in the constitution, mostly because it was written by men, conservatives knew that a favourable Supreme Court could someday view it as case law and negate it. Since a majority of Americans were against overturning it, they were aware that they will never win the battle legislatively. The only solution was turning the Supreme Court conservative.

Election after election, a coalition of evangelical Christians, Catholics and other denominations that included millions of women kept bringing single-issue voters out to the polling booths. In due time, conservatives set up the Federalist Society, an advocacy group that drew up a list of anti-abortion judicial nominees, ready for the day when all the political stars would be aligned. While Democrats used purity tests to vote against Hillary Clinton or disenchantment to sit out the 2016 election, Republicans, with a single-minded focus on Supreme Court nominations, voted for Donald Trump, knowing fully well that he has probably committed all the sins in the book.

Mitch McConnell blocking Merrick Garland’s nomination to the Supreme Court in 2016 was constitutional immorality, but not unconstitutional. As the majority leader of the Senate – the chamber offering ‘advice and consent’ – he was within his rights to not consent. Liberal Supreme Court judge Ruth Bader Ginsberg’s refusal to retire during the Obama era, her untimely demise and McConnell’s rushing Amy Coney Barrett’s nomination through the Senate in the dying hours of the Trump era gave the conservatives what they had doggedly pursued since Roe v Wade: A 6-3 conservative supermajority in the Supreme Court.

While the anti-abortion campaign was religiously inspired, Justice Samuel Alito was careful to author a majority opinion that kept Christianity out of it. The judicial myopia was staggering. They knew that ‘trigger’ laws in some states would outlaw abortion even in the case of rape, incest or saving the lives of mothers. And yet, the majority opinion, with one woman signatory, negated decades of federal protection and threw abortion laws back to the states. Conservatives dealt a body-blow to the liberals by using democratic means and staying within constitutional bounds, leaving behind a playbook for the Democrats to follow.

Also read: Roe vs Wade Overturned: What Reproductive Rights Look Like Around The World

Liberals are exploring all the constitutional means at their disposal: Making abortion pills available over the counter, reminding states that hospital emergency rooms legally cannot deny medical services – including abortions – to pregnant women to save their lives, cities controlled by Democrats in conservative states trying to carve out legal exceptions, the Congress attempting federal-level legislative remedies, and the liberal base initiating grassroots campaigns. If they want to be as Machiavellian as Mitch McConnell, expanding the Supreme Court would not be out of bounds since the constitution does not codify the number of judges on the bench. Nonetheless, the less divisive path of making the court liberal leaning again is a generational project.

As the muted celebrations by conservatives and the recent case of a 10-year-old rape victim traveling to another state to get an abortion indicate, the ‘be careful what you wish for’ feeling is sinking in among the Republicans. While the middle-class and rich women will have abortion access in liberal states, it is the poor, underprivileged minorities that will bear the brunt of the court’s callous decision. When the fetus’s life begins during pregnancy is a deeply personal and philosophical question, but the court’s absolutist, regressive argument – although legally plausible – has further divided the country.

And that brings us to the January 6 commission. Donald Trump, as the former president and Republicans’ useful idiot, played a critical role in this coveted victory by rubber-stamping their favoured anti-abortion judicial nominees to the highest court. Along the way, as the proverbial bull in the constitutional China shop, Trump exposed all the weaknesses of the republic with impunity in four short years. As most Republicans cheered from the sidelines, some found the courage to prevent a complete constitutional breakdown and ensure peaceful transfer of power after the 2020 elections. It followed an unprecedented event in American history: citizens attacking their own Capitol.

Until a few weeks ago, it seemed like Trump, despite being out of power, was corroding democratic institutions to the point of rendering them useless in stopping his reelection in 2024. The House committee investigating the events leading up to the January 6 insurrection is a fine example of how institutions can push back against authoritarian leaders and preserve democracy. Senate Republicans showed their fecklessness in declining to set up a Select Committee or appoint a Special Counsel. In the House, Republican Representatives Liz Cheney and Adam Kinzinger are fighting the lonely battle against Trump by participating in the House Committee investigating the January 6 insurrection. And it is paying off.

Along with fellow Democratic committee members, both are doggedly pursuing the ugly truth about Trump. While most of the evidence being presented at the hearings has been reported in the past, presenting the full, coherent narrative is finally swaying voters’ minds. Before the January 6 hearings began, Republicans nominating Trump in 2024 seemed like a foregone conclusion. After the partial hearings, in a recent poll, almost half of Republicans don’t want him to run in 2024. His endorsements in the ongoing Republican primaries for the 2022 mid-term elections are yielding mixed results. In the latest quarterly fund-raising numbers, Florida Governor Ron DeSantis narrowly beat Trump. And even if he wins the Republican nomination, his favourability ratings amongst independents are dipping, making his return to the White House unlikely. 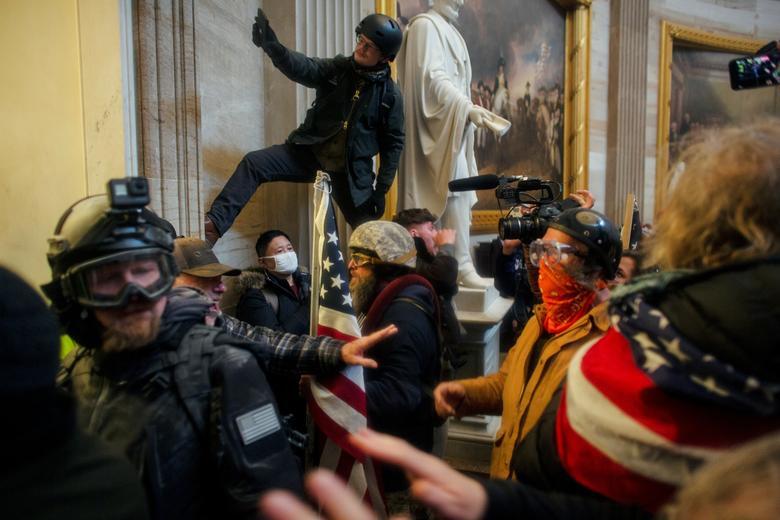 American democracy is not out of Trump’s dangerous shadow yet. The Supreme Court has now, shockingly, taken up a case to decide whether state legislatures have the authority to overturn the popular will by negating statewide votes. If the court sides with the state legislatures and against the voters, Trump, who is trying to pack state legislative and executive bodies with his loyalists, could still win his ultimate prize.  However, the damning story pieced together by the Jan 6 committee has left him so desperate that he is reportedly contemplating announcing his 2024 presidential run before the 2022 mid-terms.

At the risk of their near-certain electoral defeat, Cheney and Kinzinger are demonstrating how a sense of civic duty can help shift narratives and preserve the republic by remaining within constitutional boundaries. The damning revelations and saner voices in the Senate have finally produced proposed amendments to the 1887 Election Count Act that would make it harder for Trump to repeat his 2020 playbook. If the American experiment survives, citizens will have a lot to thank Cheney and Kinzinger for.

Several parallels are being drawn between American conservatives’ generational project to overturn Roe v Wade and Indian conservatives’ near-total control of the political narrative after decades of grassroots activism. However, there is a crucial difference: Trump got only four years to stress test almost all the institutions and was defeated handsomely at the ballot box. Republicans are celebrating a few marquee victories through the court’s rulings on abortion, gun rights, and the Environmental Protection Agency’s ability to formulate climate change policies, but strong institutions are already at work to repair the damage Trump has wrought. In India, on the other hand, the assault conservatives have unleashed on democratic institutions in the last eight years will take a generation or more to reverse. They are not even done undermining all the institutions yet!

Also read: The Underside to the Sri Lankan Crisis: Lessons for India

In political fundraising, while there is a lot that can be cleaned up in the United States, both the major parties have a level-playing field, which is reflected in the roughly same amount raised by them in each election cycle. In India, the shadowy electoral bond scheme for fund-raising, enacted unconstitutionally by the conservatives, has predictably turned into a tool to coerce businesses into submission and skewed the field heavily in favour of the incumbent at the national level. The vast war-chest conservatives have amassed has been used to set up a sprawling, high-tech, 21st-century propaganda machine that keeps feeding Hindu majoritarianism to the electorate every day.

The media landscape in both the countries might seem equally polarised, but American media operates largely without any fear of the government of the day. In India, most of the Indian media houses have succumbed to the government’s carrot-and-stick tactics and forgotten their primary duty of showing the mirror to the powers-that-be. Few media outlets trying to hold them accountable are constantly battling frivolous lawsuits filed by the government and their stooges, and are never too far from the almighty powers of central investigative agencies.

As a result, the economic muddle and the resulting mass unemployment – some of the highest India has seen in its independent history – is being spun as a bizarre sacrifice for the greater good of a fantastical ‘New India.’ Lack of opportunities, increase in poverty, and the near-certain destruction of India’s potential demographic dividend are inexplicably breeding optimism among the electorate and sky-high approval ratings for the authoritarian leader. In contrast, the American economic engine has been chugging along, leading to record low unemployment and robust wage growth, softening the blow of supply-chain and Ukraine-war related inflation.

Freedom of expression and practicing your religion have become running jokes in India unless you are toeing the Hindu majoritarian line. America, with its personal and economic liberties, remains the magnet for entrepreneurs around the world whereas China has cracked down on both, resulting in flight of capital and lack of global talent lining up at Chinese embassies. And yet, Indians are cheering its illiberal turn, ignoring that infrastructure development alone cannot magically create jobs, generate scientific breakthroughs, or build next-generation industries.

The contrast is best captured by the actions of the legislative and judicial branches. In Washington, DC, handful of Members of Congress are exposing blatant executive excesses. And the independent judiciary is functioning efficiently, occasionally even going against the popular will. On the other side of the planet, in Delhi, the parliament has become a bystander, outsourcing lawmaking to the executive branch. And the judiciary, reeling from a mysterious death, spying, and intimidation by the executive branch, is left to lament the lack of investigative journalism and issue reminders to the parliament of its critical role in a healthy democracy.

India has a lot to resent Winston Churchill for, but it is worth ending with his oft-repeated quote: Democracy is the worst form of government, except for all the other alternatives.

Mauktik Kulkarni is an engineer, neuroscientist, entrepreneur, author and a filmmaker. He is the author of A Ghost of Che and Packing Up Without Looking Back.