With ICJ Opinion on Chagos, Has the Sun Finally Set on the British Empire? 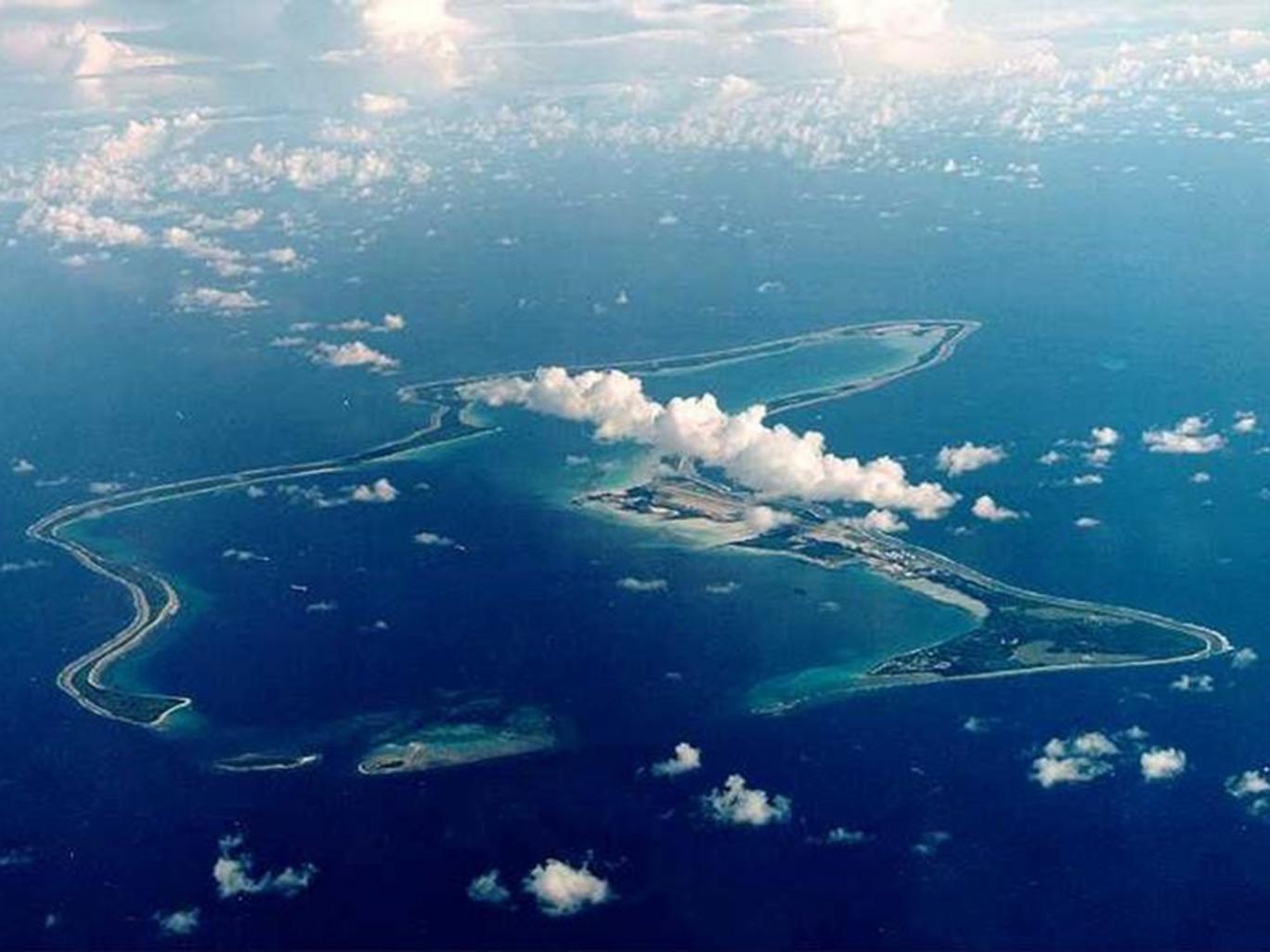 The International Court of Justice (ICJ) rendered a much-anticipated advisory opinion on January 25. The question presented to the ICJ for opinion concerned the issue of decolonisation.

The history and the dispute

The Chagos Islands, a group of small islands located in the Indian Ocean, at present form part of what is known as the British Indian Ocean Territory (BIOT). Historically, Chagos Islands had been an integral part of Mauritius. However, in 1965, three years before 1968 when Mauritius attained complete independence, the Chagos Islands were detached from Mauritius, and made a part of BIOT.

Since 1966, Diego Garcia, the largest of the Chagos Islands, has been home to a United States military and naval base, pursuant to an agreement between the UK and the US in 1966 for making BIOT available to the US for defence purposes.

Consequently, between 1967 and 1973, the people living in the Chagos Islands (Chagossians) were forcibly removed. The people displaced from the Chagos Islands have been living in different countries including Mauritius, Seychelles and the UK, and have yet not been able to return as British laws prevent them from doing so.

Mauritius does not recognise the BIOT, and maintains that it has sovereignty over the Chagos Islands. It initially sought to take this matter to the ICJ as a contentious case, but the UK declined. Since the 1980s, the African Union has passed several resolutions on the issue, demanding the completion of the decolonisation process for Mauritius.

Also read: In Run Up To Chagos Island Vote, US NSA McMaster Wanted India to Lean on Mauritius

Finally, in 2017, the UN General Assembly passed a resolution referring the issue to the ICJ for its advisory opinion. The UNGA presented two questions to the ICJ: first, was the process of decolonisation lawfully complete when Mauritius was granted independence in 1968 after separating the territory of Chagos Islands; and second, what are the consequences under international law arising due to the continued administration of the Chagos Islands by the UK.

Decolonisation and the right to self-determination

The issue of decolonisation is inextricably linked to the right of self-determination. The opinion of the court in this case is primarily based on the Declaration on the Granting of Independence to Colonial Countries and Peoples adopted by the UNGA Resolution 1514(XV) in 1960 (Resolution 1514). The Resolution 1514 declares that the ‘subjection of peoples to alien subjugation, domination and exploitation constitutes a denial of fundamental human rights…’, and all such peoples ‘have the right to self-determination’ whereby ‘they freely determine their political status and freely pursue their economic, social and cultural development’.

Thus, the Resolution 1514 called for immediate steps to be taken for the unconditional transfer of all powers to the peoples living in non-independent territories ‘in accordance with their freely expressed will and desire…’ Further, the resolution proscribed colonial powers from in any way disrupting the national unity and territorial integrity of any non-self-governing territory. 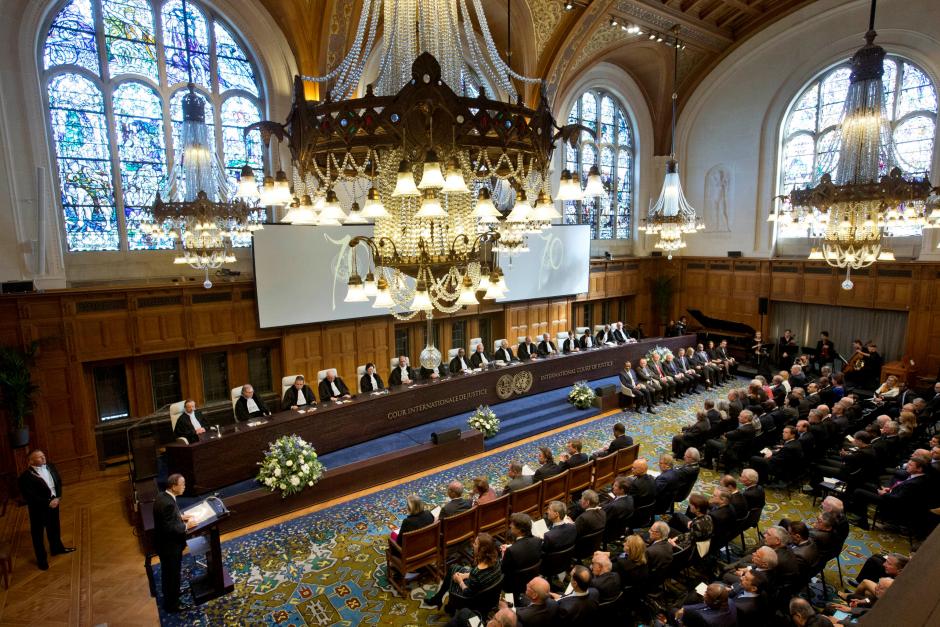 File photo of the International Court of Justice in The Hague, Netherlands. Credit: Reuters

These principles have been reaffirmed in several other resolution of the UNGA, notable among them being the UNGA Resolution 2625 (XXV) of 1970, on Declaration on Principles of International Law concerning Friendly Relations and Co-operation among States in accordance with the UN Charter. The ICJ, in its opinion, has held that the right to self-determination, including respect for national unity and territorial integrity as contained in the Resolution 1514, has acquired the status of customary international law, and a binding normative character.

However, it is pertinent to note that method adopted by the ICJ to declare right to self-determination as a rule of customary international law has been called into question. It has been argued that the ICJ did not go into actual finding of state practice, and opinio juris, and just asserted so by ascribing normative character to the UNGA resolutions.

Based on the finding that the right to self-determination was a principle of customary international law with a binding character, the court held that the detachment of the Chagos was unlawful, and the process of decolonisation of Mauritius was incomplete.

In coming to this conclusion, the ICJ laid special emphasis on the power imbalance visible in the signing of Lancaster House Agreement – an agreement between Mauritius, still under the administration of the UK in 1965, and the UK, whereby Mauritius agreed to the detachment of Chagos islands. The court relied on the finding of the Special Committee on Decolonisation – the UN committee tasked with the implementation of the Resolution 1514. The Committee underlined the fact that the representatives of the people of Mauritius did not have any real legislative or executive power under their constitution in 1965, and all the power was effectively vested with the UK.

Also read: At ICJ, India Bats for Transfer of Sovereignty of Chagos to Mauritius

Accordingly, the ICJ held that “it is not possible to talk of an international agreement, when one of the parties to it, Mauritius, which is said to have ceded the territory to the United Kingdom, was under the authority of the latter.” The court called for a “heightened scrutiny” to be given to “the issue of consent in a situation where a part of a non-self-governing territory is separated to create a new colony.” If one were to go through the communications between the officials of the British government as they appear in the in the written memorial submitted by Mauritius, the unscrupulous plans of the UK, to detach Chagos Islands and forcibly remove the Chagossians, are laid bare.

The Chagos opinion of the ICJ serves as an uneasy reminder of the persisting imperialism of the UK, and complicity of the US in perpetuating colonialism. It is interesting to note, and perhaps unsurprising, that the only dissenting opinion in this case comes Judge Donoghue, who hails from the US. She characterises the issue of Chagos Islands as a bilateral dispute between the UK and Mauritius, and has held that the advisory opinion circumvents the UK’s denial of consent to judicially settle this dispute.

In this context, it is relevant to note Judge Xue Hanquin’s remark where she weighs in on the history of separation of Chagos Islands to assert that the dispute between the UK and Mauritius cannot be said to be solely a bilateral dispute outside the purview of decolonisation.

At any rate, with all the criticisms regarding the methodology of ascertaining customary international law, or of ignoring the bilateral character of the dispute, the Chagos opinion seems to be a battle won for the decolonisation and the right to self-determination.

Given the fledgling position of the UK in a Brexit world, it would not be unwise to assume that the UK would not be unwilling to comply with the decision of the ICJ. More so, when during the course of the oral proceedings the UK fully accepted “that the manner in which the Chagossians were removed from the Chagos islands, and the way they were treated thereafter, was shameful and wrong, and it deeply regrets that fact.” However, it remains to be seen how this opinion impacts the lives of the Chagossians, who still yearn to return to their homeland.

Lastly, this opinion also serves as a grim reminder of the fragility of the ‘doctrine of sovereign equality’ and ‘consent’ as the basis of the modern international legal order.

Pushkar Anand is an assistant professor, and teaches international law, at the Faculty of Law, University of Delhi. He can be reached at pushkar.rathaur@gmail.com.