Why Donald Trump's Language Is So Dangerous

A recent study reported that every extremist murder in the US in 2018 had links to far-right ideology. 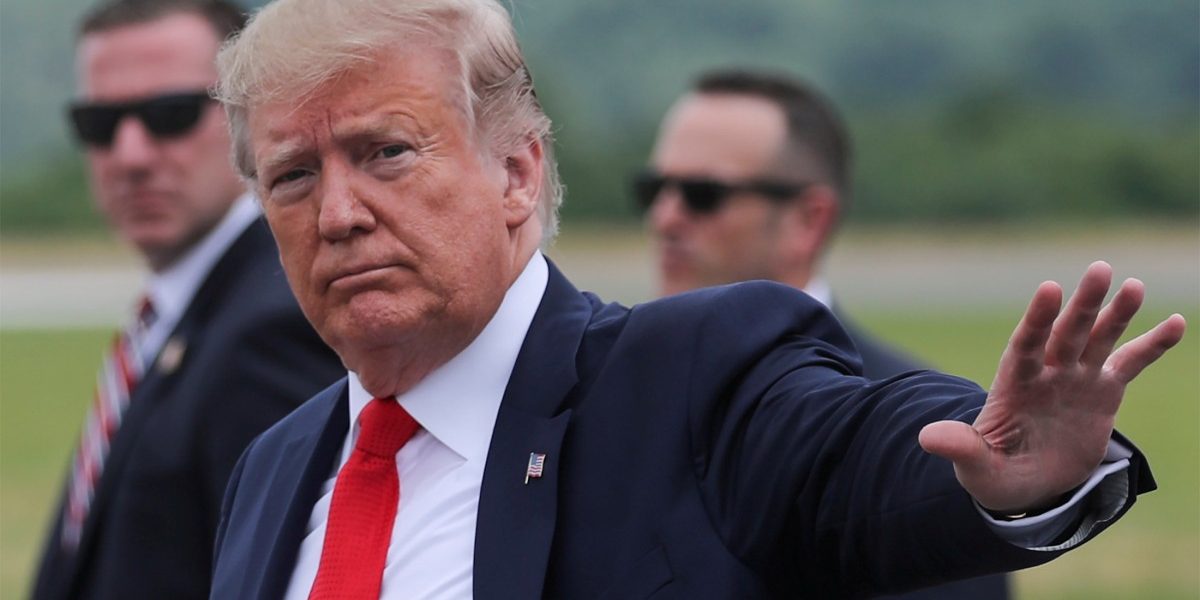 The US House of Representatives has denounced President Donald Trump for tweets attacking four Democratic Congresswomen of colour calling on them to “go back and help fix the totally broken and crime-infested places from which they came”. The resolution, which passed by 240 to 187 votes on July 16, condemned the “racist comments that have legitimised fear and hatred of new Americans and people of colour”.

In response to Trump’s threat, the four Democratic congresswomen, Alexandria Ocasio-Cortez, Ilhan Omar, Ayanna Pressley and Rashida Tlaib, who have come to be known as “the squad”, made clear that they would not be marginalised or silenced.

Trump responded to the House vote, by tweeting: “I don’t have a racist bone in my body.” But the House clearly felt otherwise.

The vote was historic and constituted the first time the House has voted to rebuke a president in more than 100 years. Mindful of the message that Trump’s statements send to American citizens and the global community, House representatives made clear that the US has no room for “racism, sexism, antisemitism, xenophobia and hate”.

Also read: Trump Lauds Arrest of Hafiz Saeed After ’10-Year Search’ as Result of US Pressure

Since his election, Trump has tapped into the latent and overtly racist feelings of some of his supporters and legitimised their bigotry. Fringe groups such as neo-Nazis, white supremacists, and skinheads marked Trump’s victory in 2016 with a Nazi salute. No longer on the fringe, these groups saw Trump’s election as their coming-out party.

Instead of unequivocally condemning these groups, he has pandered to them, leading to dangerous consequences. A recent study reported that every extremist murder in the US in 2018 had links to far-right ideology, making it one of the deadliest years in recent history.

While Trump sees no link between his behaviour and the rise of right-wing white nationalism, Democrats disagree. US speaker of the House, Nancy Pelosi recently asserted that what Trump means by “make America great again” is to “make America white again”. Trump hit back by claiming that Pelosi was the racist.

During the presidential campaign and during his time in office, Trump has thrived on making racist and xenophobic attacks against a diverse set of people, from Latinos to Muslims. But he has a longer history of racist discrimination against African Americans.

In 1973, he was sued by the Nixon administration, accused of violating the Fair Housing Act after officials alleged his real estate company was refusing to rent out properties to black tenants. The case was settled in 1975. In 1992, he had to pay a fine for removing black and female dealers of the tables in the Trump Plaza and Hotel Casino, when big rollers requested it. Trump also played an essential role in spreading the “birther movement”, which accused President Barack Obama of not being born in the US.

Though the US has always been one of the more diverse countries in the world, whites have always been the majority. This will change by 2045 when whites are projected to comprise 49.7% of the population compared to 24.6% for Hispanics, 13.1% for blacks, 7.9% for Asians, and 3.8% for multiracial populations. These changes have driven fears by a subset of the white people that they will feel like foreigners in their own country.

According to a 2018 Pew Research Center survey, most Americans think that growing up in a racially and ethnically diverse US is a good thing, but this is divided along partisan lines. While 70% of Democrats believe that diversity makes the US a better place, only 47% of Republicans do. This means that Trump’s strategy of attacking immigration and diversity resonates with his supporters.

Studies show that people who exhibit high levels of racial animosity are more likely to support Trump. Other studies show that the way voters feel about sexism and the importance of tackling it also affected their probability of voting for Trump, much more so than how they felt about the economy.

But the focus on the politics of race, ethnicity and religion distracts voters from Trump’s actual political policies, something he has had difficulty defending. In responding to Trump’s tweets, all four Democratic Congresswomen tried to bring the focus back to issues that they believe their supporters care about such as health care, gun violence and, in particular, detentions of migrants on the US border with Mexico.

Trump’s comfort zone is making personal attacks and engaging in identity politics, but he has frequently defended himself – arguing that because he has friends that are African American, Hispanic, Jewish or Muslim, he is not a bigot or a racist.

As Trump sees it, he is just politically incorrect. But such political incorrectness has become a signifier for covert or overt racist sentiments – and studies show it has led to an increase in racially charged violence and discrimination.

Trump’s racist tweets also have global ramifications. Violating human rights and dehumanising and degrading minority groups have become more acceptable in the US of 2019. In response to the controversy surrounding Trump’s tweets, world leaders have been silent and hesitant to criticise. But the House’s condemnation may be a turning point for how much bigotry the world is willing to tolerate from its leaders.

Natasha Lindstaedt is a professor in the Department of Government, University of Essex.