'Why Should Americans Trust You?' Trump Asked by Reporter

Peter Alexander of NBC News, during a news conference, accused Trump of misquoting his victory margin as the largest since Ronald Reagan. 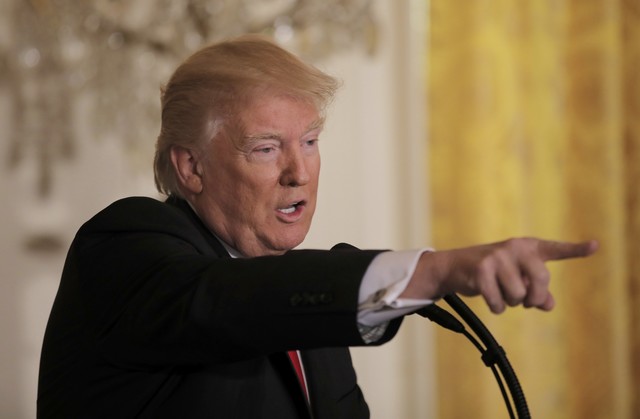 Washington: In a heated moment during his unconventional and combative news conference on Thursday, President Donald Trump’s command of the facts was openly challenged by a reporter who asked, “Why should Americans trust you?”

The issue was the margin of victory in the US Electoral College, which Trump asserted early in the news conference was the “biggest” since fellow Republican Ronald Reagan, who was elected in 1980 and 1984.

Trump defeated Hillary Clinton by a 304-227 tally of state-by-state electors, who represent votes cast in the election. Seven electors voted for someone else.

“We got 306 because people came out and voted like they’ve never seen before so that’s the way it goes,” the president said.

President Donald Trump is corrected by NBC reporter after falsely claiming he had the biggest electoral margin since President Reagan. pic.twitter.com/a7K16mU0Pc

Although proportionally he had 306 electoral votes on the night of the November 8 election, two of those electors defected when they cast official ballots on December 19.

Few observers, however, were expecting a White House reporter to confront Trump about it in real time, while sitting in the East Room. Within minutes the reporter, Peter Alexander of NBC News, stood and corrected Trump, noting Obama’s and Bush’s tallies and asking whether Americans could trust the president to state the facts.

“Why should Americans trust you when you accuse the information they’ve received of being fake when you’re providing information that’s not accurate?” the TV correspondent asked.

On the 2016 campaign trail and since taking office on January 20, Trump has made criticising the media a centrepiece of his communications strategy. Trump turned the tables later in the news conference, complaining again about coverage of his young administration.

“I want to see an honest press,” Trump said. “The public doesn’t believe you people anymore.”