Which US States Would End Abortion if Roe v. Wade Was Overturned?

With reports emerging that the US's apex court is likely to do away with abortion as a constitutional right, around half of the country's states would most likely go ahead to enforce the ban. 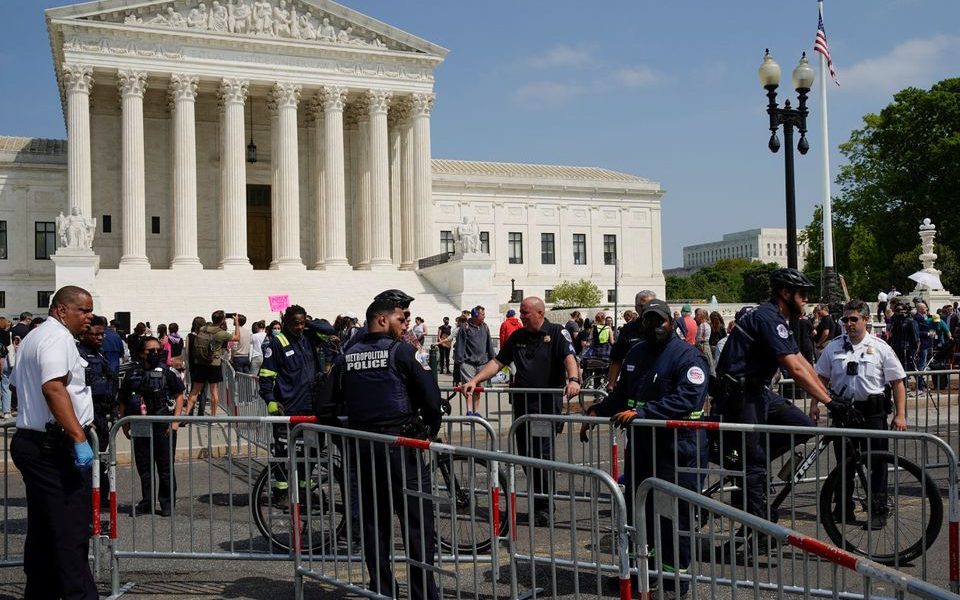 Police officers direct the setup of barricades outside the U.S. Supreme Court during a protest, after the leak of a draft majority opinion written by Justice Samuel Alito preparing for a majority of the court to overturn the landmark Roe v. Wade abortion rights decision later this year, in Washington, D.C., U.S., May 3, 2022. REUTERS/Elizabeth Frantz

A draft obtained by Politico shows the majority of the US Supreme Court judges in favour of overturning Roe v. Wade, the precedent enshrining abortion as a constitutional right in the United States. If the draft was to turn into a bonafide decision, this would deal a serious blow to abortion rights in the country.

In the now likely case that the court will allow states to end all abortions, around half of US states are expected to do just that. According to the Center for Reproductive Rights, abortions would be banned in many states across the South, Midwest and Western United States upon such a decision.

In many Northeastern states and West Coast states, abortion rights are protected by state laws or state Supreme Court decisions. Some states have recently moved to codify or strengthen abortion rights, for example, Vermont and Colorado. Additionally, Virginia, Pennsylvania, New Mexico and New Hampshire are not expected to end abortions upon the Supreme Court decision despite a lack of state protections.

The case the court is hearing at the moment centres around a Mississippi law that outlaws abortions after 15 weeks. As part of Roe v. Wade and later Planned Parenthood v. Casey, the Supreme Court has established fetal viability as a standard for when abortions can be performed. This had previously set the precedent for states allowing abortions of healthy pregnancies up until 22 to 26 weeks of gestational age, which is when a fetus becomes viable outside the womb. Alternatively, states have simply cited viability as a rule – a fact that the Mississippi law is now challenging.

As part of the now anticipated decision both the right to abortion and the viability standard for determining until when abortions are legal will fall. This would also allow states to set shorter time limits on the procedure instead of outright banning it.

The Mississippi law actually comes closer to abortion limits set in most European countries (at 14 weeks of gestational age or the end of the first trimester), while a new Texas law banning them after six weeks is far from international standards.

Six weeks of gestation equal just four weeks of pregnancy and just three weeks after a missed period. Idaho has also signed six-weeks “Texas-style” legislation into law, but it was swiftly blocked, while a similar law is on the governor’s desk in Oklahoma. 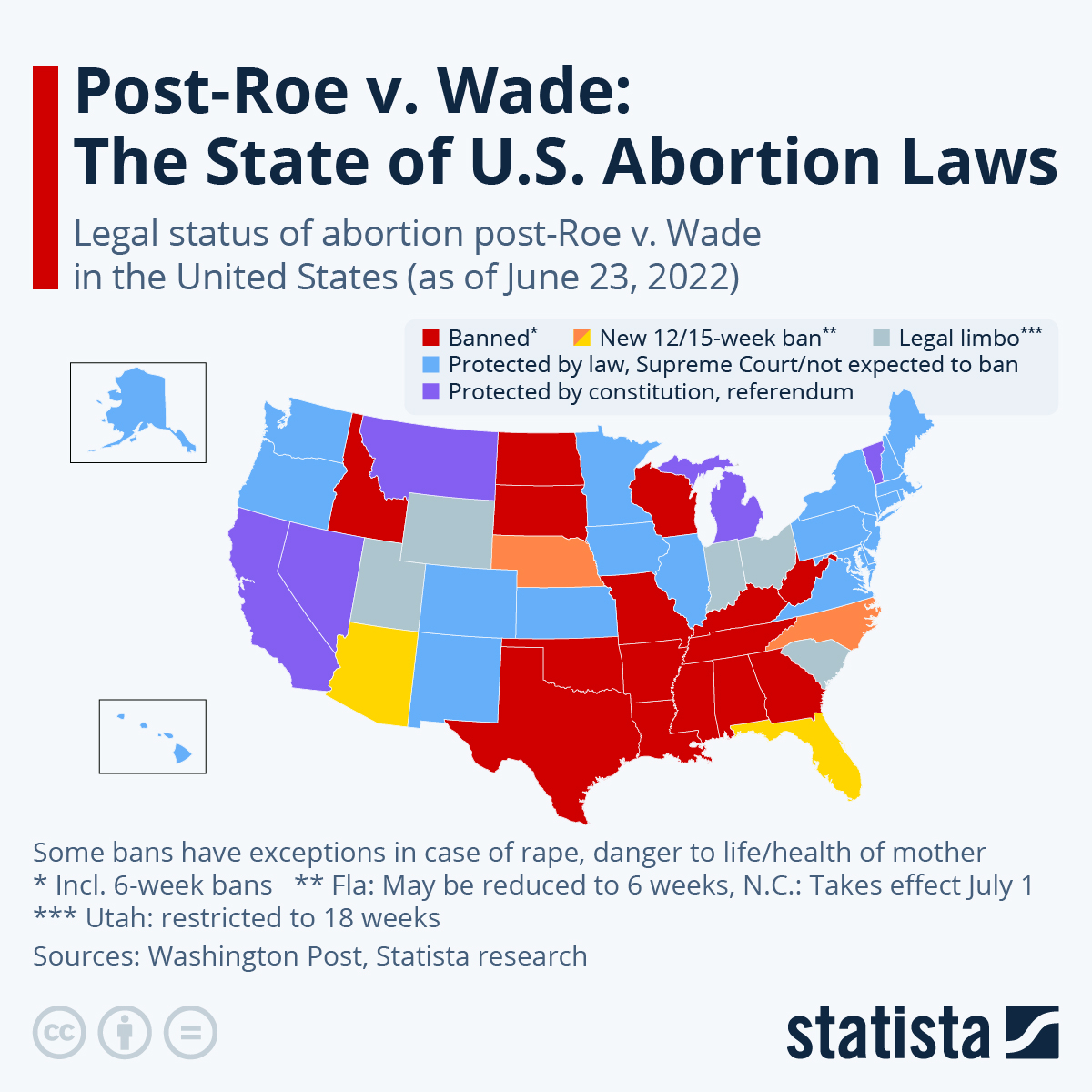