Why We'll Always Be Obsessed With – and Afraid of – Monsters

All the popular monsters you'll see out trick-or-treating, from Frankenstein to Dracula, were born out of fear and anxiety about change and technology. 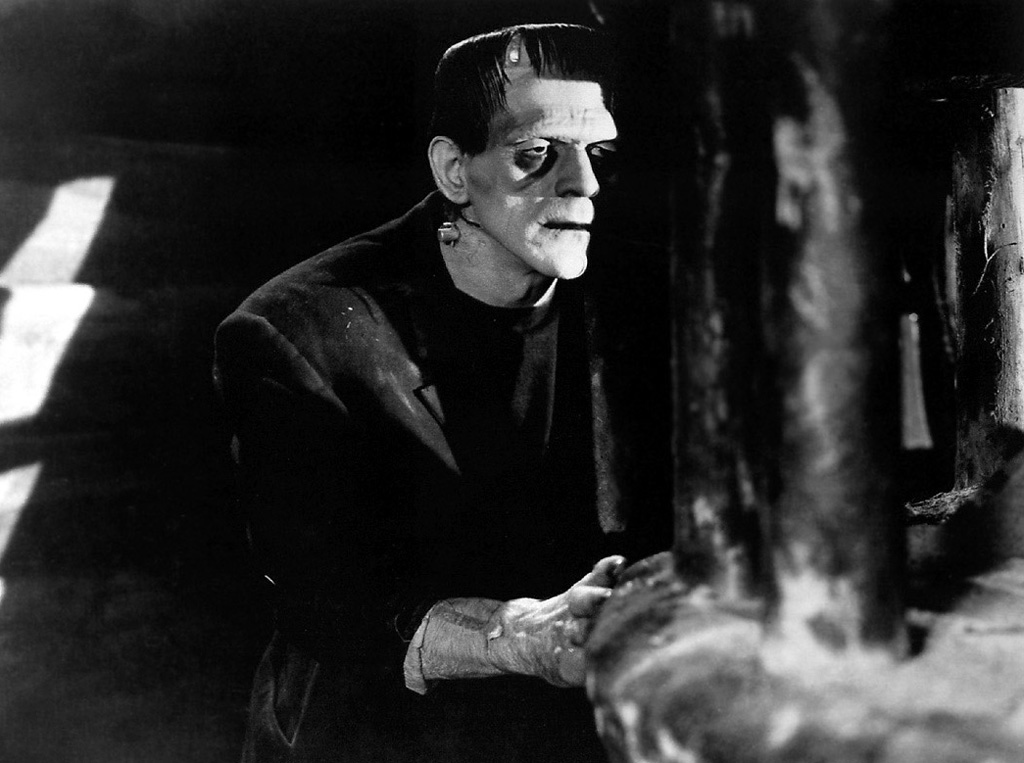 Fear continues to saturate our lives: fear of nuclear destruction, fear of climate change, fear of the subversive, and fear of foreigners.

But a recent Rolling Stone article about our “age of fear” notes that most Americans are living “in the safest place at the safest time in human history.”

It continues – around the globe, household wealth, longevity and education are on the rise, while violent crime and extreme poverty are down. In the US, life expectancy is higher than ever, our air is the cleanest it’s been in a decade and, despite a slight uptick last year, violent crime has been trending down since 1991.

So why are we still so afraid?

Emerging technology and media could play a role. But in a sense, these have always played a role.

The title page of Cotton Mather’s ‘Wonders of the Invisible World,’ which describes the execution of witches in Salem, Massachusetts. Credit: Wikimedia Commons

In the past, rumour and a rudimentary press coverage could fan the fires. Now, with the rise of social media, fears and fads and fancies race instantly through entire populations. Sometimes the specifics vanish almost as quickly as they arose, but the addiction to sensation, to fear and fantasy, persists, like a low-grade fever.

People often create symbols for that emotions are fleeting, abstract and hard to describe. (Look no further than the recent rise of the emoji.)

For over the last three centuries, Europeans and Americans, in particular, have shaped anxiety and paranoia into the mythic figure of the monster – the embodiment of fear, disorder and abnormality – a history that I detail in my new book, “Haunted.”

There are four main types of monsters. But a fifth – a nameless one – may best represent the anxieties of the 21st century.

The 1700s and 1800s were an era of revolutionary uprisings that trumpeted a limitless future, when the philosophers and scientists of the Enlightenment proclaimed that reason had the power to change the world. Emotion was pushed out of the intellectual sphere by scientific reasoning; awestruck spirituality had been repressed in favor of the Clockmaker God who set the universal laws into motion.

Of course, humans have always been afraid. But while the fears of the demonic and the diabolical characterised medieval times, the changes wrought by the Enlightenment and the Scientific Revolution created a whole new set of fears tied to advancements in science and technology, and an increasingly crowded and complex world.

During this age of political upheavals and aggressive modernisation, tales of Gothic horror, haunted castles, secret compartments and rotting corpses were the rage. The novels and stories of writers such as Horace Walpole, Matthew G. Lewis, Anne Radcliffe and Mary Shelley soon became bestsellers. These writers – and many others – tapped into something pervasive, giving names and bodies to a universal emotion: fear.

The fictional monsters created during this period can be categorised into four types. Each corresponds to a deep-seated anxiety about progress, the future and the human ability to achieve anything like control over the world.

“The monster from nature” represents a power that humans only think they have harnessed, but haven’t. The Loch Ness Monster, Bigfoot, King Kong and Godzilla are all examples of this type. An awesome abnormality that we can’t predict and scramble to understand, it strikes without warning – like the shark in “Jaws.” While the obvious inspiration are real ferocious animals, they could also be thought of as embodied versions of natural disasters – hurricanes, earthquakes and tsunamis.

“The created monster,” like Dr. Frankenstein’s monster, is the monster we have built and believe we can control – until it turns against us. His descendants are the robots, androids and cyborgs of today, with their potential to become all too human – and threatening.

“The monster from within” is the monster generated by our own repressed dark psychology, the other side of our otherwise bland and blameless human nature (think the Mr. Hyde to our Dr. Jekyll). When nondescript and seemingly harmless young men turn into mass-murdering killers or suicide bombers, the “monster from within” has shown his face.

“The monster from the past,” like Dracula, comes out of a pagan world and offers an alternative to ordinary Christianity with his promise of a blood feast that will confer immortality. Like a Nietzschean superman, he represents the fear that the ordinary consolations of religion are bankrupt and that the only answer to the chaos of modern life is the securing of power.

Recently, our culture has become fixated on the zombie. The recent explosion of zombie films and stories illustrates how fear – while it may be a basic human trait – assumes the shape of particular eras and cultures.

The zombie emerged from the brutal Caribbean slave plantations of the 17th and 18th centuries. They were the soulless bodies of undead slaves who stalked plantations grounds – so the myth went. But director George Romero’s pioneering films, like “Dawn of the Dead” (1978), generalised the figure into an unthinking member of a mass consumer society.

The central distinction between the traditional monsters – such as the Frankenstein monster, Dracula or Mr Hyde – is that the zombie exists primarily as part of a group. Unlike earlier monsters, who all stand alone, even in a kind of grandeur, one zombie is barely distinguishable from another.

What might the horrific image of mindless hordes out to eat our brains represent in the 21st century? It could symbolise whatever we fear will overwhelm and engulf us: epidemic disease, globalisation, Islamic fundamentalists, illegal immigrants and refugees. Or it could be something less tangible and more existential: the loss of anonymity and individuality in a complex world, the threat of impersonal technology that makes each of us just another number in an electronic list.

In 1918, German sociologist Max Weber announced the triumph of reason: “There are no mysterious incalculable forces that come into play,” he wrote in Science as a Vocation. “One can, in principle, master all things by calculation.”

“The world,” he continued, “is disenchanted.”

Weber may have been a bit optimistic. Yes, we are committed, in many ways, to reason and analytic thinking. But it seems that we need our monsters and our sense of enchantment as well.