We Will Not Let Them Kill Our Spirit: Post London and Manchester Attacks, Only Messages of Love and Unity

Less than two weeks after the Manchester attack, Ariana Grande returned to play for the victims and their families. 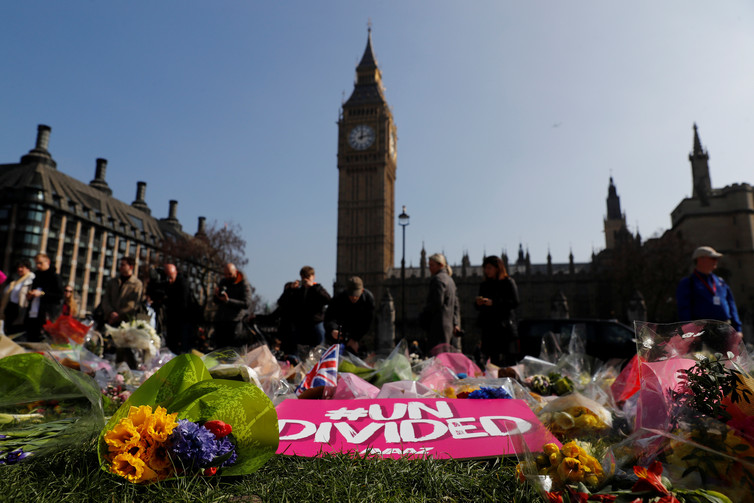 I’m in London. It’s May and June 2017 and it feels surreal. First the Manchester blast targetting absolute innocents. Teenagers, music lovers and the very young. By any standards it’s vicious, cowardly and unacceptable. Then, the Saturday night knife attacks on London Bridge and Borough market. Yet people have not gone on the rampage, no rioting or attacking Muslims. Stay calm is the stoic response. They follow the drill as dictated by the authorities – run away from the epicentre of the danger zone to safety. Duck under tables if in offices or inside buildings. Keep calm. Tell the authorities.

In Manchester and London, the police and medics risked life and limb to save lives and protect people. They ran towards the danger. To do their jobs. The media and the public in general, show appreciation. They voice their appreciation and admiration. Jeremy Corbyn says if elected he would like to reward the folks who work day and night to protect the public. Who walk knowingly, unarmed towards knives, bullets and threatening bomb blasts.

It would be considered bad form, holding back the investigating and the healing, for politicians to rush to the scene of the crime, barge in and intrude on people, merely to get their mugs on TV or newspaper headlines. No one tries to turn this into a drama to gain the public eye. So there are no sirens, unlike India, no leaders or ministers clogging up the works, obstructing the police or armed guards, no retinue of chamchas. Its all extremely civilised. No hysterical television hosts screaming their unhelpful opinions and comments. No dramatic blame game or shouting matches, though questions have been asked about cuts in the police force.

On social media, there’s a clip going viral. It shows a young Muslim man, Baktash Noori, in Manchester, who says he wants to spread love not hate. He stands on the roadside asking Mancunians for a hug. “I’m a Muslim and I trust you. Do you trust me enough for a hug?” reads his sign. People stop and hug him. And soon there’s a queue giving him a hug. British people of all races, white, black, brown, South East Asian and Chinese. It’s the Mancunian way. They smile. Some are on the verge of tears. But it’s quintessentially Mancunian to be friendly, feisty and open.

A few months ago, I read a news report. After spikes were installed in a sheltered area outside Pall Mall Court in Manchester city centre to deter homeless people from sleeping there, Jenny Platt, a proud Mancunian visited the site with friends. They were outraged by the mean spirited attitude. Jenny brought her sons, 11-year-old Sam, and 10-year-old George, armed with a range of cushions and pillows to cover the spike filled space. Her friends followed suit. They brought sandwiches and food to comfort the homeless occupants of the space. In their minds it’s what being Mancunian means.

People wept. They were traumatised, naturally. They brought flowers, candles and teddy bears. But they vowed they would never be cowed by the assailants. They refuse to be terrorised. And they kept the pledge. 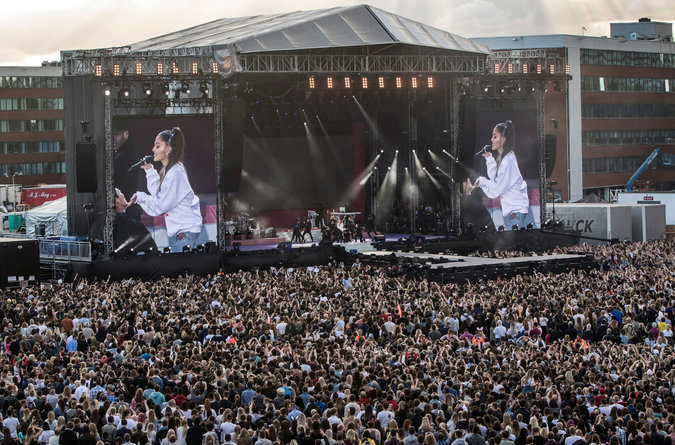 Last week, Ariana Grande, the singer at whose concert the bombs went off, returned to play for the victims and their families. She organised the One Love Manchester concert to honour victims killed and wounded by the bomber. As Ariana wept with Charlotte Campbell, mother of young Olivia, slain in the attack, Charlotte told the singer to stop crying. Olivia was not one for tears. She was a laughing smiley sort of girl. Sing your heart out instead, the mother advised. That’s what Olivia would have wanted. That’s the sort of mother Manchester produces.

The second concert saw fans and others streaming in, vowing, we will not let them kill our spirit. The arena was packed to capacity. Watching the families on TV, brings a lump to your throat. These are unbelievable people.

Last Thursday was the 50th anniversary of the release of The Beatles’ hit album Sergeant Peppers’ Lonely Hearts Club Band. A tiny club in Camden had organised a concert to celebrate the event. All around, people continued to congregate at restaurants and pubs, eating and drinking as is their wont, on a fine summer’s evening. You have to live through months of winter and cold rainy days before you can even begin to comprehend what summer means to people in cold climates. There’s a spring in every step. Women take out gaily floral patterned cotton dresses. People smile and laugh. There’s a visible lift in everyone’s mood.

Someone pointed out that considering Britain has embraced multi-culturism so completely, far more than any other country in the world perhaps, that considering London has a 40% population of people not born in the UK, these attacks are the unkindest cut of all. The most unfair. In spite of the threats, in spite of the calls for vigilance, to report anything that seems ‘odd’, Britain adheres to the old code of keeping a stiff upper lip. There’s quite a few lessons in there for us.