'We Are Not Part of This': NATO Rejects Ukraine No-Fly Zone

The only way for NATO to implement a no-fly zone would be to send NATO planes to shoot down Russian ones, Secretary-General Jens Stoltenberg said, adding that the risk of escalation would be too big. 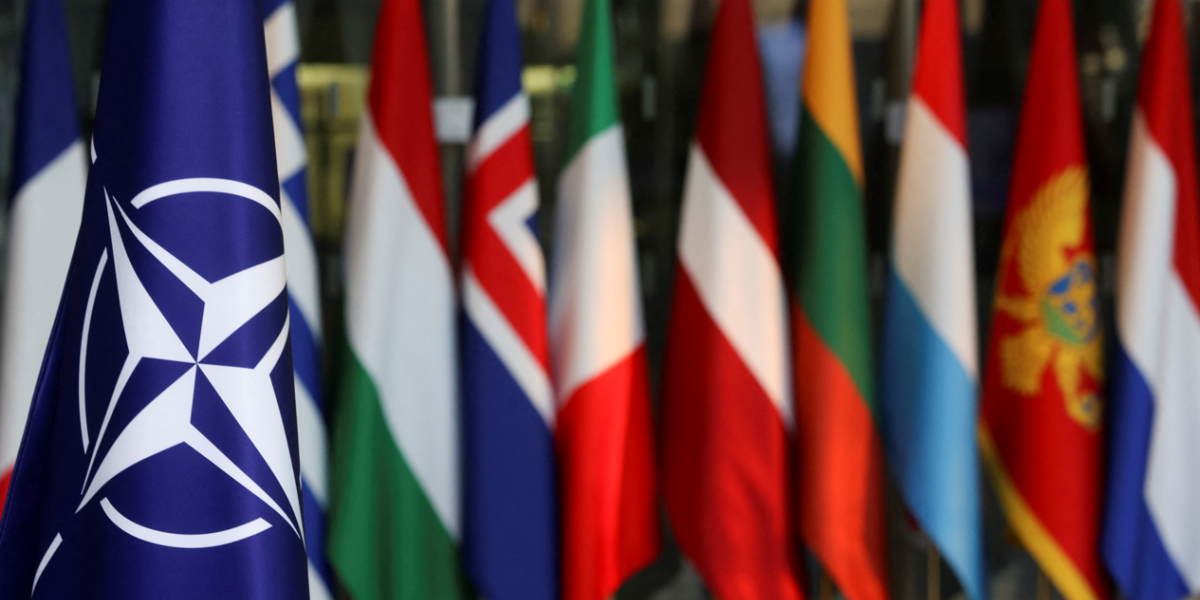 National flags of members of the NATO are seen, on the day of a foreign ministers meeting amid Russia's invasion of Ukraine, at the Alliance's headquarters in Brussels, Belgium March 4, 2022. REUTERS/Yves Herman

Brussels: NATO allies rejected Ukraine’s demand for no-fly zones on Friday, saying they were increasing support but that stepping in directly would lead to a broader, even more brutal European war so far limited to Russia’s assault on its neighbour.

Ukraine, a former Soviet republic that wants to join the European Union and Western military alliance NATO, is not a currently a member of either.

“We are not part of this conflict, and we have a responsibility to ensure it does not escalate and spread beyond Ukraine,” NATO Secretary-General Jens Stoltenberg told a news conference.

“We understand the desperation but we also believe that if we did that (a no-fly zone) we would end up with something that could lead to a full-fledged war in Europe involving much more countries and much more suffering,” Stoltenberg said.

The only way for NATO to implement a no-fly zone would be to send NATO planes to shoot down Russian ones, he said, adding that the risk of escalation would be too big.

On Thursday, Zelenskiy said that if allies wouldn’t meet his request to protect Ukrainian air space, they should instead provide Kyiv with more war planes.

NATO members have sent arms to Ukraine, but stopped short of military action that would put them in direct conflict with nuclear-armed Russia.

US Secretary of State Antony Blinken said the alliance would defend “every inch” of NATO territory from attack. “Ours is a defensive alliance. We seek no conflict. But if conflict comes to us, we are ready for it,” Blinken said.

Instead of a military presence in Ukraine, European Union countries – many of them also NATO members – said they were eyeing more economic sanctions on Russia.

In Brussels for talks with NATO and EU peers, the bloc’s top diplomat Josep Borrell said that all options remained on the table with regard to new sanctions.

It was not immediately clear, however, when the 27-nation EU would be able to agree on exact measures given member states’ divisions on doing business with Moscow and some countries’ heavy reliance on Russian energy supplies.

“We will consider everything,” Borrell told reporters when asked about the possible suspension of the EU’s gas imports from Russia.

“I also suspect that we’ll be banning other imports like steel, timber, aluminium and possibly coal as well,” he said.

The West is importing about $700 million of energy from Russia daily, the Eurointelligence think-tank said.

Western powers have already punished Russia including with restrictions on central bank activities and by seizing assets from billionaire oligarchs.

Putin launched his “special military operation” to get rid of what he said was Ukraine’s fascist government and demilitarize the country. Zelenskiy says Moscow is trying to prevent a liberal democracy flourishing on Russia’s border.

“The truth is: It is not NATO that is threatening Putin but the desire for freedom in Ukraine. He wants to break this urge for freedom – in Ukraine, and also in his own country,” German foreign minister Annalena Baerbock said.

In a sign of the escalating dangers of the war, a huge blaze at the site of Europe’s biggest nuclear power station in Ukraine was extinguished on Friday after fighting that caused global alarm. Officials said the Zaporizhzhia plant was operating normally after it was seized by Russian forces.

Baerbock said nuclear infrastructure must stay out of the war. She added the 27-nation EU would give Ukraine humanitarian aid and shelter its refugees, as well as moving ahead with more sanctions against Russia.