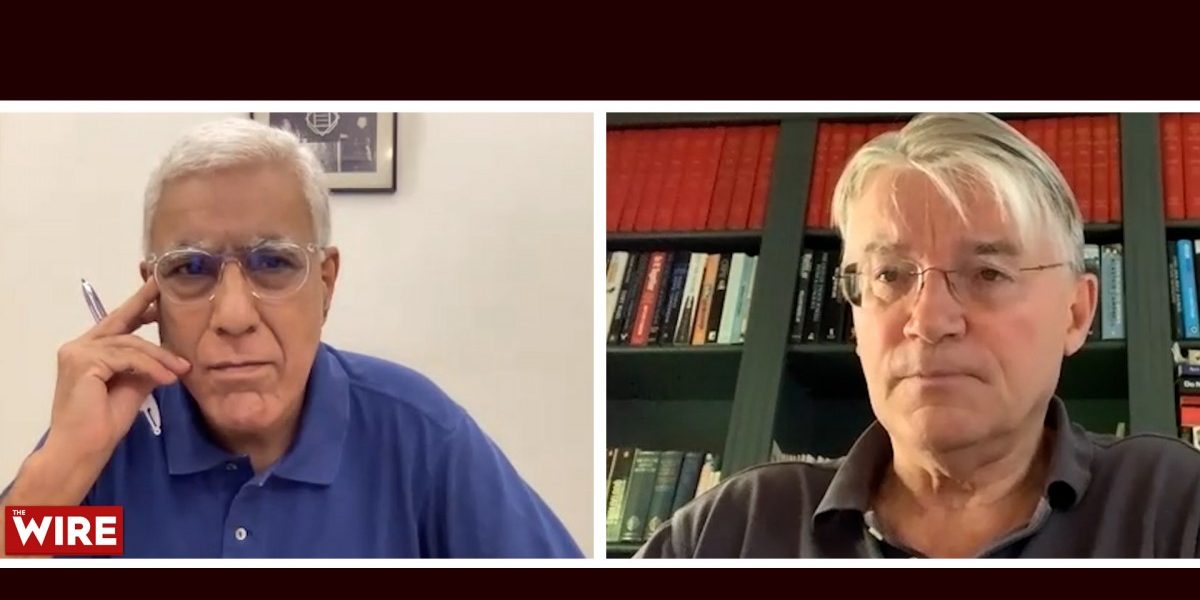 One of the British Conservative Party’s most senior and influential members has said, “Rishi Sunak has an extremely good chance of winning the prime ministership,” adding that he will be supporting him.

Andrew Mitchell, former Secretary to State for International Development and former chief whip and a Conservative MP of over 30 years, however, accepted that it’s “likely to be quite a tough fight” and that Rishi Sunak is “not the front runner at the moment.”

In a 22-minute interview to Karan Thapar for The Wire, Andrew Mitchell says, “It will be a close race,” adding that “the dye will be cast early on” because the voting forms will be sent out in August and many people will vote shortly after receiving them. The result, however, will only be announced on September 5.

In the interview, Mitchell explained there are two factors working in Sunak’s favour. First, “his qualities, experience and character will propel him to the prime ministership of the United Kingdom.” Second, Mitchell says that several polls show that “Rishi Sunak is most likely to beat Keir Starmer,” the leader of Britain’s Labour party and leader of the Opposition.

He believes that when the Conservative membership, estimated between 160,000 to 180,000, votes, this will be a key concern in their mind. Rishi Sunak as prime minister gives the Conservatives the best chance of winning a historic fifth consecutive election.

However, he accepts that as the contest for the leadership of the Conservative Party, which brings with it the prime ministership of the country, enters its second and final phase, Sunak is “at the moment probably behind with the membership.” However, he is confident that Sunak will not only make this up but win.

In this interview several concerns that surround Sunak’s potential prime ministership are discussed with Andrew Mitchell.

First, will the Troy shires accept an Indian origin prime minister? Will Rishi Sunak’s race and ethnicity be a problem in their eyes? Second, to what extent has Sunak been morally damaged by his wife’s non-dom tax status, which means that the Chancellor’s wife, who is worth over £700 million, paid no tax in the UK on her wealth?

Third, Mitchell is questioned about whether the fact Sunak had a US Green Card, which he retained during the early months of his Chancellorship, has affected his standing in Conservative eyes? Fourth, Mitchell is asked how the Conservatives, a traditionally low tax party, for whom this is almost a sacred belief, will respond to the fact Sunak, as Chancellor, raised taxes substantially? Will they hold this against him?

Finally, Mitchell is questioned about two other concerns surrounding Sunak’s candidature. First, the view, held by some, that his initial campaign video is a bit too slick and smooth for Conservatives’ taste. Second, a report in The Times newspaper that Boris Johnson is behind an ‘anyone but Rishi’ campaign.

In the interview, Mitchell is also asked about the second contender for the Conservative Party leadership, Liz Truss. What are her key strengths? How will her commitment to reduce taxes stand up against Sunak’s commitment to be Thatcherite and a radical reformer?