The Quincy Institute for Responsible Statecraft is funded by rival billionaires George Soros and Charles Koch from both sides of America’s ideological-political divide. 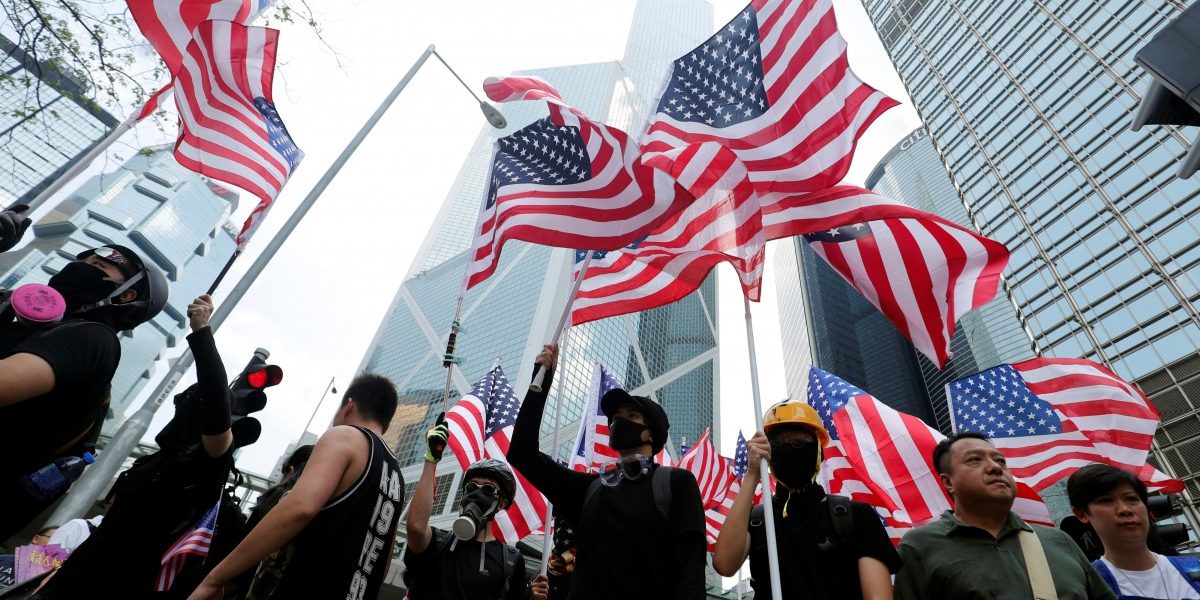 America’s newest foreign policy thinktank threatens to radically realign the politics of US national security. At a conference on Capitol Hill in late February, the Quincy Institute for Responsible Statecraft showcased what it calls its “transpartisan” left-right alliance of “realists”. Their goal is to drop democracy promotion, humanitarian intervention and stop the US from fighting “endless wars”.

Quincy, which launched in December 2019, has announced its intention to America’s political class that it will challenge the mentalities that have ruled US foreign policy since the 1991 Gulf war. Quincy favours what it calls “strategic restraint”, prioritising diplomacy, the US as a military backstop not as a global enforcer of first resort.

In many ways, but with important qualifications, it’s an approach that systematises elements of the gut instinct driving President Donald Trump’s approach to the world.

Such institutions are peculiarly influential because America lacks a significant permanent civil service tradition. Thinktanks train future secretaries of state, assistant and deputy secretaries and the broader national security bureaucracy. They provide a perch for out-of-office appointees, a remarkable revolving door between knowledge and elite power.

The emergence of a new elite think tank, funded by rival billionaires George Soros and Charles Koch from both sides of America’s ideological-political divide, could, therefore, inaugurate a revolution in American foreign policy. Quincy unites the Koch Foundation’s libertarian opposition to big government and state power with the more chastened liberal internationalism of Soros’s Open Society Foundation, chastened because of the failure of liberal interventions to promote democracy.

That such forces have now combined to found a new thinktank indicates the depth of the crisis of American power. It’s a crisis driven by repeated foreign policy failures, a more challenging global environment of competitors and rivals and the rise of anti-war sentiment in American public opinion.


The Charles Koch Foundation has recently invested around US$25 million (£19 million) in key university programmes at institutions including Harvard, MIT and Tufts, to promote “strategic restraint” and the end of US primacy, the obsession with maintaining US global domination. I’ve written about how those programmes are training a new generation of graduates committed to realism, ready for appointment by future administrations.

If it comes to pass, such a foreign policy transformation would warrant comparison with the shift from isolationism to globalism that happened in the 1940s. This shift was assisted by the thinktank of the Council on Foreign Relations (CFR).

The CFR sits at the very heart of the US foreign policy establishment that built, and guards, the post-1945 US-led international order. It will mark its centenary in 2021.

So it’s highly significant that Foreign Affairs – the CFR’s influential quarterly magazine – published an issue in February 2020 entitled, Come Home, America? It features an article by Quincy’s deputy director of research and policy, Stephen Wertheim, arguing “why America shouldn’t dominate the world”. Foreign Affairs has rarely, if ever, entertained such views in its pages since its launch in 1922.

I watched as speakers from across the Democratic and Republican party political divide, including the Joe Biden and Bernie Sanders Democratic primary campaigns, took the stage. Former US General David Petraeus, who led US forces in Iraq and Afghanistan, argued against US withdrawal from key military theatres. Democratic Congressman Ro Khanna challenged this as the failed old model of US power.

It’s rare for leading politicians and military figures who appear to fundamentally disagree on America’s global role to share the same stage. It indicates not just the depth of the legitimacy crisis in the US political and foreign policy establishment, but its determination to respond by radically reforming America’s global posture.

Other panelists discussed topics including ending endless wars in the Middle East, democratising foreign policy and promoting international cooperation in an era of American restraint. Peter Beinart, an academic and journalist, argued that US foreign policy towards China should be driven by the interests of ordinary people who, unlike foreign policy elites, do not fear the rising power.

This breakthrough inaugural event suggests that Quincy may not remain on the fringes of the foreign policy establishment for long.

If Sanders is catching a wave of rising socialist sentiment at home, the Quincy Institute is providing intellectual and political backing for anti-military interventionists, like Sanders and, to an extent, Trump. The ideas are taking hold on both the left and the right in the 2020 presidential election.

The crises of legitimacy triggered by the Iraq war and 2008 financial crash appear to have set the stage for potentially radical change. We may be witnessing the opening acts of a dramatic ideological power shift in America’s global role to match that of the Sanders political revolution at home.