Voting in Tunisia Ends in Uncertainty and Discontent 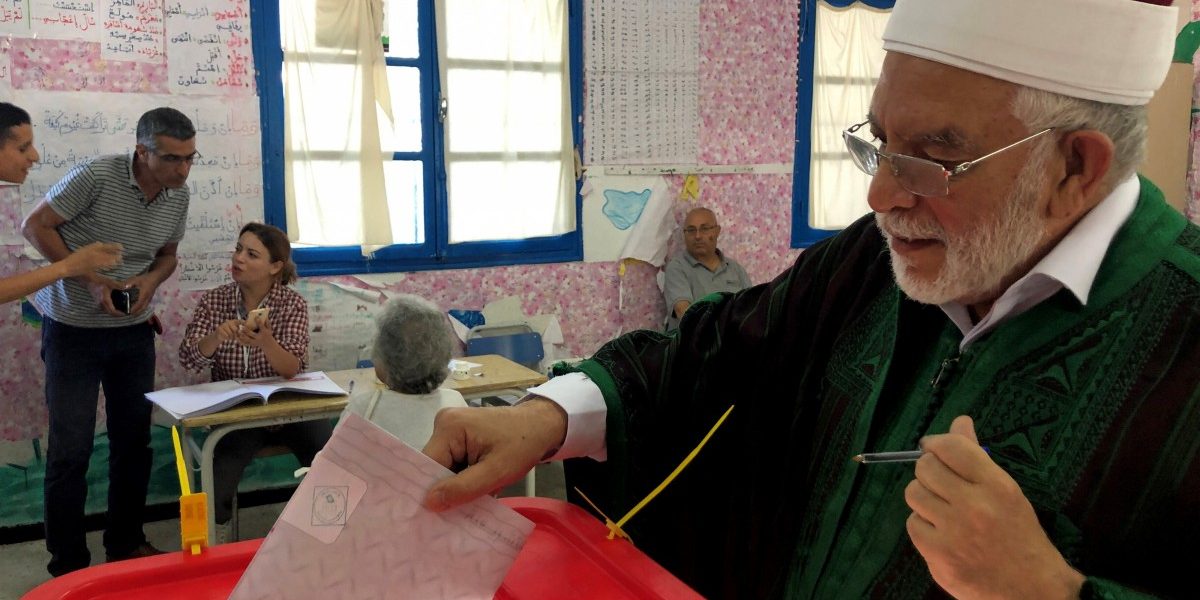 The Ennahda party seemed set to face massive loses but stay the strongest party in Tunisia after the Sunday vote, according to exit polls.

The moderate Islamists were set to claim 17.5% of the vote, according to a poll conducted by Sigma Conseil. Their rivels from the Heart of Tunisia party, controlled by jailed media magnate and presidential candidate Nabil Karoui, was estimated to about two percentage points behind.

The Sunday vote featured more than 16,000 candidates from more than 200 different parties competing to fill the 217-seat unicameral legislature, the Assembly of People’s Representatives.

It follows the first round of a presidential election that garnered much greater public attention. The presidential vote ended inconclusively, forcing a runoff on October 13.

Analysts said the parliamentary vote could have lasting effects on the future of the country, which experienced a democratic uprising in 2011 and has since struggled to achieve political and economic stability.

The parliamentary vote saw the Islamist party Ennahdha, which previously held the most seats in parliament, hoping to maintain its lead against Qalb Tounes (Heart of Tunisia), led by Karoui. He has been accused of tax evasion but says charges against him are politically motivated.

Experts expect a highly factionalised outcome that could make government negotiations very difficult. The parties elected into parliament will nominate a prime minister, who will then have two months to get a government in place.

The country has grappled with terrorism, and voting took place amidst high security. Around 100,000 security officials patrolled some 4,500 polling stations on the country’s borders with Algeria and Libya.

According to the electoral commission, total turnout reached 41%, well under the more than 60% achieved in the 2014 legislative election, which saw the parliament be elected for the first time in its current form. Some 7 million Tunisians were eligible to vote.

Many Tunisians are frustrated with traditional political parties’ failure to deal with high unemployment, poor services and rising costs of living.

It is the third time that Tunisians have voted in a parliamentary election since the 2011 uprisings that toppled longtime dictator Zine Abidine Ben Ali.