Nehammer said police had shot to death one attacker, a man wearing an explosives belt that turned out to be fake, whom authorities have identified as an Islamic State sympathiser. 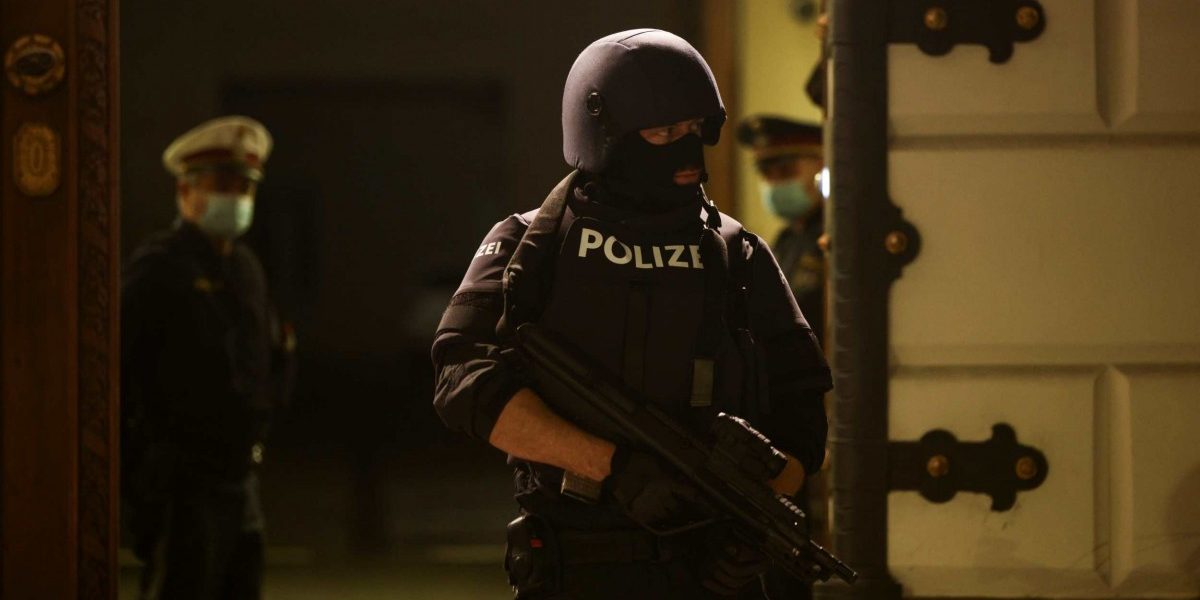 A police officer stands guard in front of the Interior Ministry as a news conference takes place after exchanges of gunfire in Vienna, Austria November 3, 2020. Photo: Reuetrs/Lisi Niesner

Vienna: Hundreds of police fanned out across Vienna on Tuesday, searching for perpetrators of attacks that left five people dead in the city’s centre, after what a government minister said was an “Islamist terrorist” incident.

In an early morning televised news conference, Austrian Interior Minister Karl Nehammer repeated calls for the public to stay off the streets.

Nehammer said police had shot to death one attacker, a man wearing an explosives belt that turned out to be fake, whom authorities have identified as an Islamic State sympathiser.

Police confirmed on Tuesday that three civilians – two men and a woman – were killed in the attacks, with at least 15 others wounded, including a police officer. Broadcaster ORF later said a fourth civilian, a woman, had died.

Seven of the injured were in a life-threatening condition, the APA news agency said.

A police spokesman said that reinforcements had been called in from neighbouring states and that at least 1,000 officers were involved in the search.

“We experienced an attack yesterday evening by at least one Islamist terrorist, a situation that we have not had to live through in Austria for decades,” Nehammer said.

“Austria for more than 75 years has been a strong democracy, a mature democracy, a country whose identity is marked by values and basic rights, with freedom of expression, rule of law, but also tolerance in human coexistence,” he said. “Yesterday’s attack is an attack on just these values.”

The editor of Vienna‘s Falter newspaper said in Twitter messages that the assailant who was killed was known to domestic intelligence agencies.

The 20-year-old had Albanian roots but was born and raised in Vienna, the editor said. He was one of 20 Austrian Islamists who had wanted to travel to Syria, the editor added.

The assailant killed by police, and other potential gunmen, attacked six locations in central Vienna on Monday evening, starting outside the main synagogue. Witnesses described the men firing into crowds in bars with automatic rifles, as many people took advantage of the last evening before a nationwide curfew was introduced because of COVID-19.

Nehammer said video material had been seized from the home of the known assailant during a search and police were investigating his potential connections. 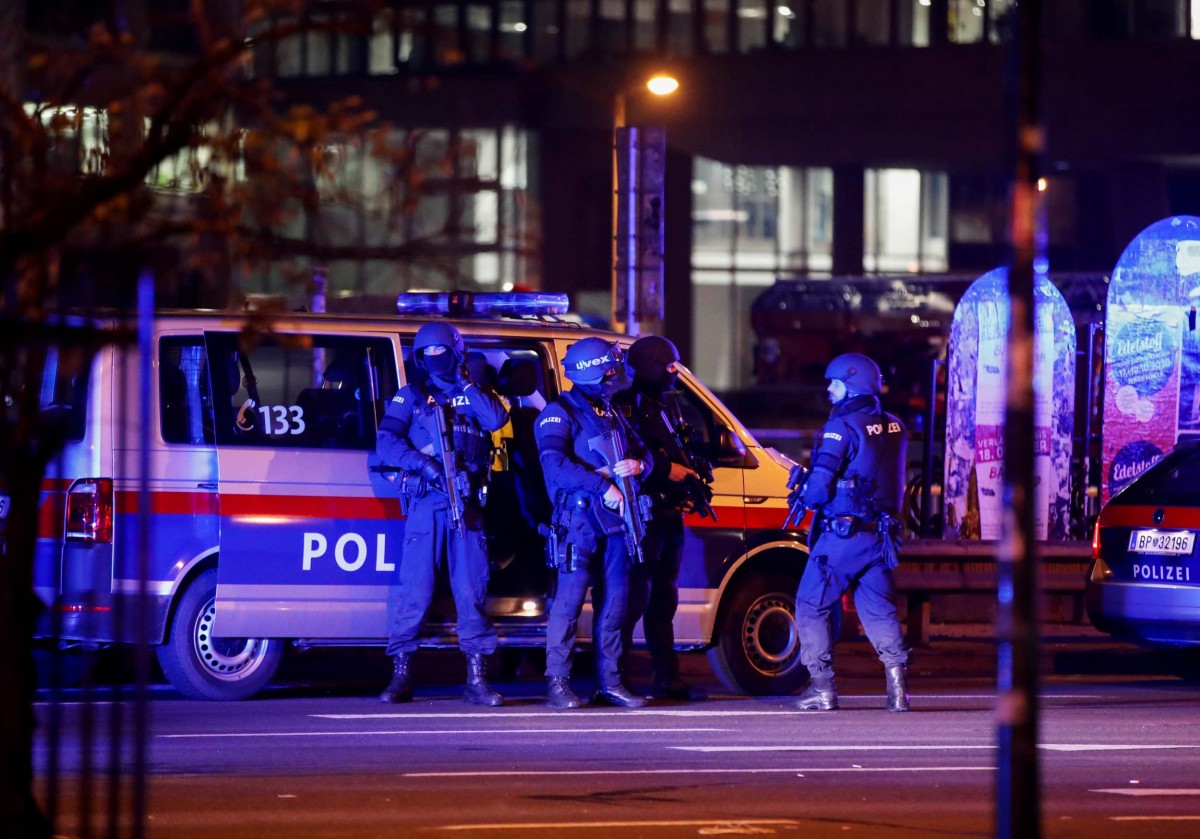 Police sealed off much of the historic centre of the city overnight, urging the public to shelter in place. Many sought refuge in bars and hotels, while public transport throughout the old town was shut down and police scoured the city.

Oskar Deutsch, the head of Vienna‘s Jewish community, which has offices adjoining the synagogue on a narrow cobbled street dotted with bars, said on Twitter https://twitter.com/DeutschOskar/status/1323409412812398592?s=20 that it was not clear whether the temple or offices were targeted but that they were closed at the time.

Videos circulated on social media of a gunman running down a cobblestone street shooting and shouting. One showed a man gunning down a person outside what appeared to be a bar on the street housing the synagogue.

Austria’s capital had been spared the kind of deadly militant attacks that have struck Paris, London, Berlin and Brussels, among others, in recent years. Austria is part of the U.S.-led Global Coalition to Defeat ISIS formed in 2014.

Condolences poured in from around the world, with top officials from the European Union, France, Norway, Greece and the United States expressing their shock at the attacks.

U.S. President Donald Trump said in a tweet that “our prayers are with the people of Vienna after yet another vile act of terrorism in Europe.”

“These evil attacks against innocent people must stop. The U.S. stands with Austria, France, and all of Europe in the fight against terrorists, including radical Islamic terrorists.”

Democratic presidential candidate Joe Biden condemned what he called a “horrific terrorist attack,” adding, “We must all stand united against hate and violence.”