At the beginning of the 1980s, homicides were relatively rare in Venezuela. Now, it's one of the most dangerous countries in Latin America. 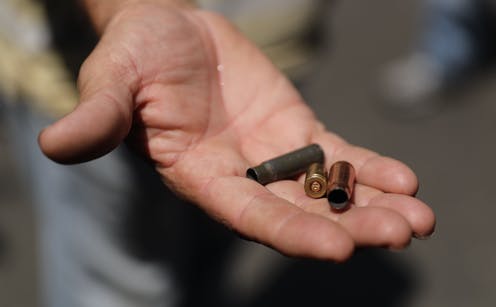 Over the past three decades, Venezuela has shifted from being a peaceful country, to one of the most violent nations in the world. Decades of poor governance have driven what was once one of Latin America’s most prosperous countries to economic and political ruin.

The violent confrontations between anti-government demonstrators and forces loyal to president Nicolás Maduro in recent days, alongside the systemic breakdown of public services, have plunged Venezuela’s population into a public health crisis.

Most countries in Latin America have increased their life expectancy over the last 50 years. And Venezuela was no exception: the average life expectancy of the population rose by almost four years every decade from 1950 to 1990, thanks to improvements in healthcare, living standards and nutrition. In particular, there were major advances in reducing infant mortality and tackling infectious and parasitic diseases.

Had the pattern held, Venezuelan men – whose average life expectancy at birth was about 70 years in 1996 – should have averaged almost 77 years in 2013. Instead, as we report in our new research, men’s life expectancy increased by just one year and six months (from 70 to 71 and a half), while women’s increased by three-and-a-half years (from 76 to 79). The upsurge in violence and murder has stalled further gains.

At the beginning of the 1980s, homicides were relatively rare in Venezuela. At around eight per 100,000 people, it was almost on a par with the most peaceful nations in the region, such as Costa Rica (which had six homicides per 100,000 people in 1980). But the social and economic upheavals of the 1980s unleashed an unstoppable epidemic of violence, which spread across the country.

According to United Nations, the homicides rate in Venezuela was 53.7 murders per 100,000 persons in 2012; that’s higher than figures for many other Latin American countries, including Colombia, which had 30.8 murders per 100,000 people in the same year, while in the grips of an undeclared civil war. In the nation’s interior, the situation is even worse: according to estimations, in the capital city of Caracas, the mortality rate due to violent deaths in 2015 was around 120 homicides per 100,000 people. 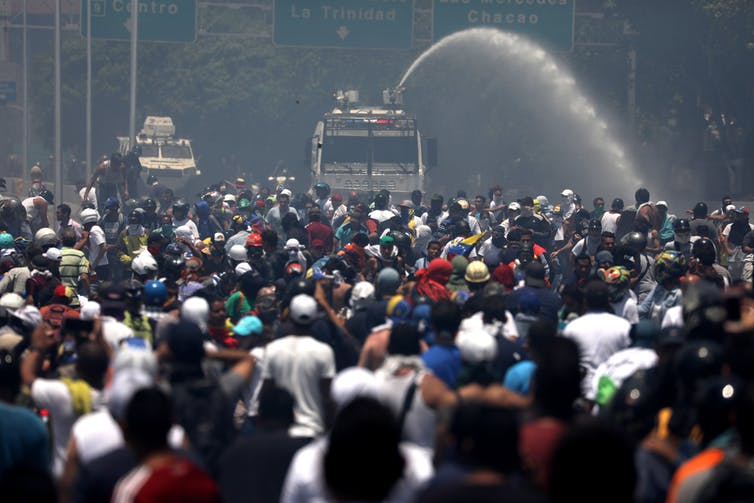 Most of the homicides in Venezuela are committed with firearms, which are widely available. While the government and opposition remain locked in turmoil, weapons have flooded onto the black market, where local police and armies have become the main smugglers. Worse, the government has implemented a policy to arm pro-government supporters, in order to contain protesters.

Male life expectancy in Venezuela was curtailed by almost two years, exclusively because of violent deaths between 1996 and 2013. Violence has offset improvements in the nation’s mortality rate, achieved by reducing the risk of death from cardiovascular diseases and other causes of death. Similar findings have been reported for Mexico where the war on drugs held back life expectancy gains in the new century.

Violence has also further negative impacts on the quality of life and psychological well-being of Venezuelan people. Men in Venezuela are dying earlier, but the burden of violence on people goes beyond homicides. Being exposed to a violent environment increases the risk of depression, alcohol abuse, suicidal behaviour, and psychological problems, such as fear – among other detrimental effects on people’s lives.

Venezuela’s future does not look promising. Outbreaks of political violence have intensified recently, partly due to the steady militarisation of the police. Random shootings against civilians, tear gas shot straight into homes, extrajudicial killings in military operations against street crime and forced disappearances of political dissidents are increasingly being reported by NGOs such as Human Rights Watch.

What’s more, severe shortages of food and medical supplies, and the total collapse of the public health system, have left Venezuelans unable to feed their families or access to basic healthcare. Infant and maternal mortality has increased again, and infectious and parasitic diseases, such as malaria, measles and diphtheria, have re-emerged.

The acute impacts of political and socioeconomic disintegration on mortality rates since 2013, highlighted by recent deadly demonstrations in Caracas, have yet to be measured. Public institutions in Venezuela have been forced to follow a strict policy of secrecy, and mortality and health data sources have not been updated, nor made publicly available since 2013. The stagnation in life expectancy found up to that year is likely to turn to decline, as this humanitarian crisis worsens.