US Slaps Sanctions on Myanmar Military Chiefs Over Rohingya Atrocities

The additional sanctions come months after Washington faced criticism by UN special rapporteur Yanghee Lee in July, who said the earlier travel ban was not enough. 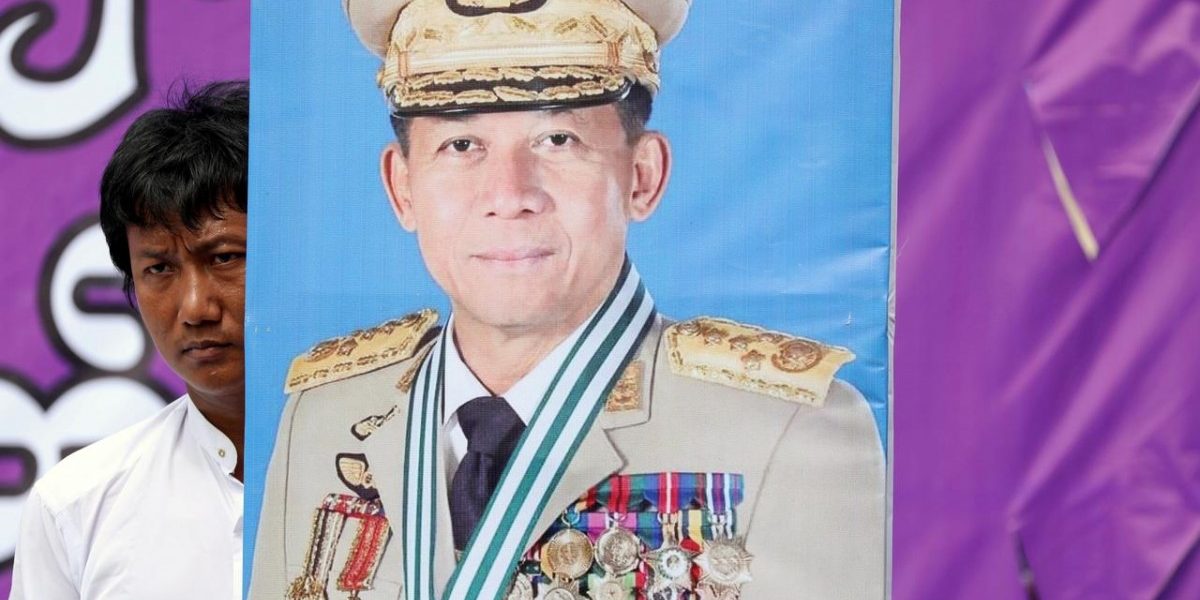 A pro-military demonstrator takes part in a march against the U.S. sanction on Senior General Min Aung Hlaing in Yangon Photo: Reuters/Ann Wang

Washington: The US on Tuesday imposed sanctions on four Myanmar military leaders, including the commander-in-chief, in the toughest action taken yet by Washington for alleged human rights abuses against the Rohingya and other minorities.

The sanctions targeted military chief Min Aung Hlaing on the same day that Myanmar’s civilian leader, Aung San Suu Kyi, attended the first day hearings at the UN’s highest court in The Hague, where she will lead Myanmar’s defence against the charge of genocide. 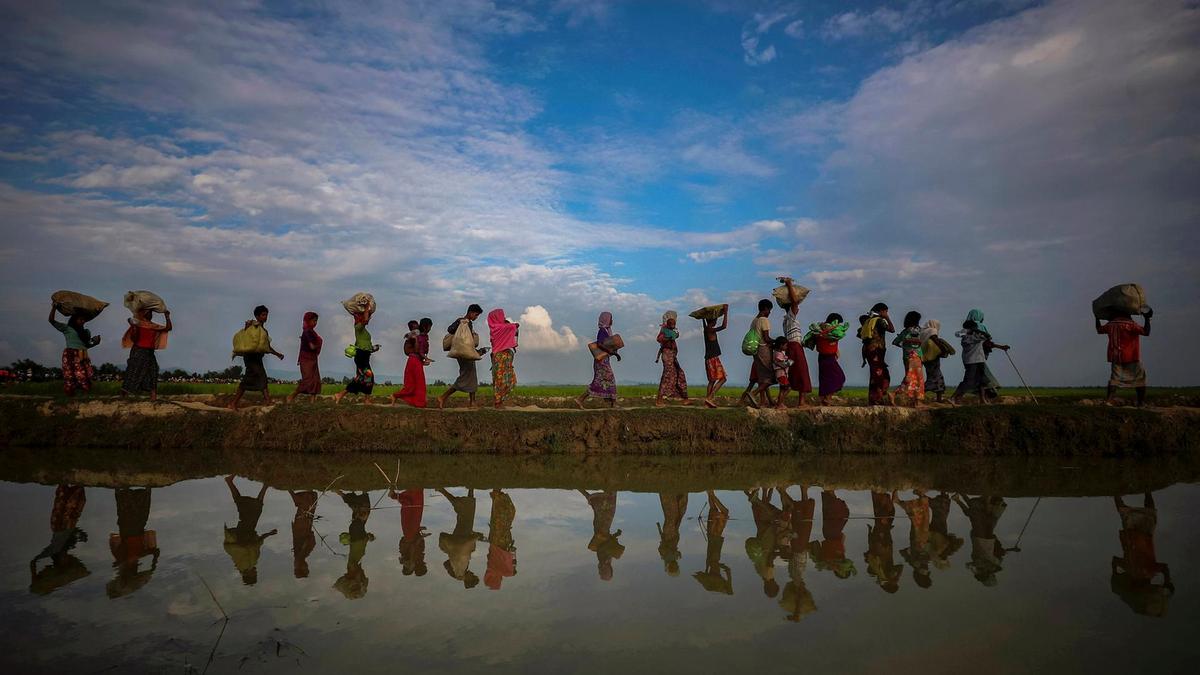 Rohingya refugees are reflected in rain water along an embankment next to paddy fields in Bangladesh. Photo: Reuters

Myanmar, formerly known as Burma, denied accusations of widespread abuses and said the military’s actions were part of a fight against terrorism.

“During this time, members of ethnic minority groups were killed or injured by gunshot, often while fleeing, or by soldiers using large-bladed weapons; others were burned to death in their own houses,” the statement said.

The sanctions Tuesday were among a round of targets implemented under the Global Magnitsky Human Rights Accountability Act, which targets perpetrators of serious human rights abuses and corruption, marking International Human Rights Day.

The sanctions freeze any US assets held by those targeted and prohibits Americans from doing business with them.

As well as the army chief, the sanctions targeted Min Aung Hlaing’s deputy, Soe Win, and two subordinates who headed the elite army divisions that spearheaded the crackdown on the Rohingya.

The 33rd Light Infantry Division led military operations in the village of Inn Din, where Reuters exposed a massacre of 10 Rohingya men and boys by soldiers and Buddhist villagers. Two Reuters reporters that worked on the story were jailed for more than 500 days.

It is not known whether the four generals, who were previously barred from entering the US in July, have assets in the US.

Myanmar’s embassy in Washington did not immediately respond to a request for comment.

The additional sanctions come months after Washington faced criticism by UN special rapporteur Yanghee Lee in July, who said the earlier travel ban was not enough.

“It is unfortunate the decision took so long. The crimes in question were incredibly serious,” he said. “If the EU follows suit with similar measures and works with the US to press other jurisdictions to crack down, soon the Myanmar military will find that their world is geographically and financially shrinking.”

The Treasury said the fresh sanctions were aimed at supporting a transition toward democracy in Myanmar, where Nobel laureate Suu Kyi came to power after landmark elections in 2015. Suu Kyi is forced to share power with unelected generals over whom she has little control, but has remained popular at home despite international criticism over the Rohingya crisis.

Some analysts and diplomats have tipped Min Aung Hlaing as a potential presidential candidate in the next election in 2020, when Suu Kyi’s National League for Democracy is likely to face opposition from nationalists aligned with the military.

The US action on Tuesday falls short of reimposing economic sanctions on Myanmar lifted after the military began loosening its grip on power. It does not target military-owned companies that dominate some sectors of Myanmar’s economy.

“Military-owned companies are helping to fund the genocide against the Rohingya. It is essential they face sanctions,” he told Reuters by email.