Maduro accused the US of trying to steal US refining arm Citgo Petroleum, the country's most important foreign asset. He said Venezuela would take legal actions in response. 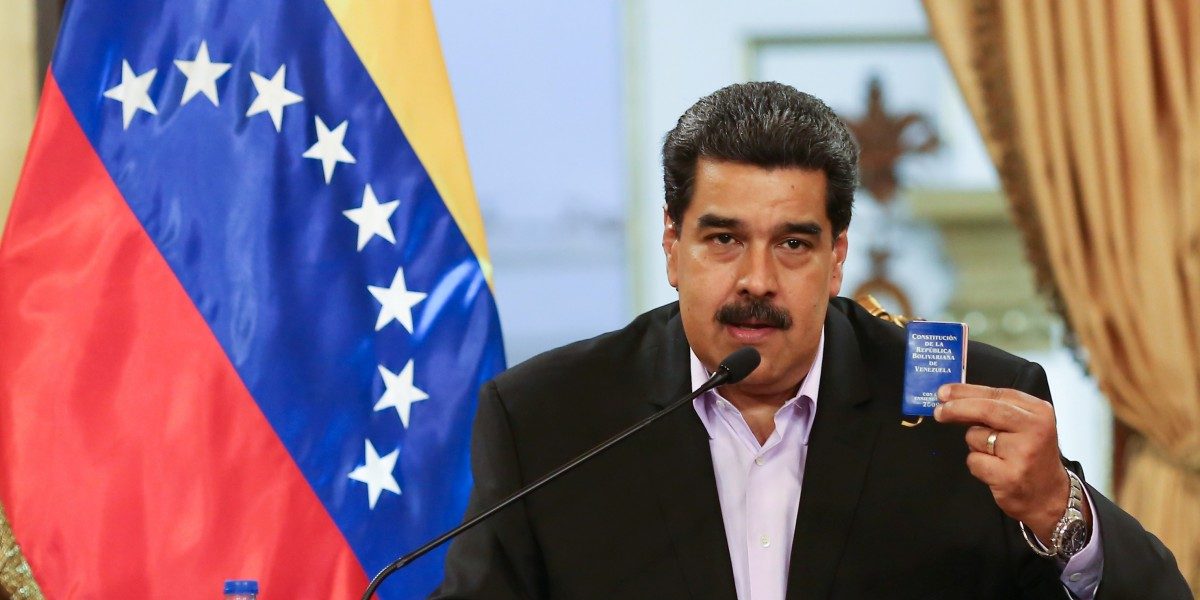 Washington/Caracas: The Donald Trump administration on Monday imposed sweeping sanctions on Venezuelan state-owned oil firm PDVSA, aimed at severely curbing the OPEC member’s crude exports to the US and at pressuring socialist President Nicolas Maduro to step down.

Minutes before the announcement, Juan Guaido, the Venezuelan opposition leader who proclaimed himself interim president last week with US backing, said congress would name new boards of directors to the company and its US subsidiary, Citgo.

Guaido, supported by the US and most countries in the western hemisphere, says Maduro stole his re-election and must resign to allow new, fair polls.

Maduro, in a live national broadcast on Monday, accused the US of trying to steal US refining arm Citgo Petroleum, the OPEC member’s most important foreign asset, which also manages a chain of US gas stations. He said Venezuela would take legal actions in response.

In the first sign of serious retaliation, three sources with knowledge of the decision told Reuters that PDVSA had ordered customers with tankers waiting to load Venezuelan crude bound for the US to prepay for the cargoes or they will not receive authorisation to fill the vessels or leave the ports.

The Trump administration sanctions stopped short of banning US companies from buying Venezuelan oil, but because the proceeds of such sales will be put in a “blocked account,” PDVSA is likely to quickly stop shipping much crude to the US, its top client.

“If the people in Venezuela want to continue to sell us oil, as long as the money goes into blocked accounts we will continue to take it, otherwise will we not be buying it,” treasury secretary Steven Mnuchin said at a White House briefing.

Oil at sea, already paid for, would continue its journey to the US, he said. White House national security adviser John Bolton said at the briefing the measure would cost Maduro $11 billion in lost export proceeds over the next year and block him from accessing PDVSA assets worth $7 billion.

While there are significant exceptions, such as rules that should allow Citgo to keep using Venezuelan crude in US refineries, the sanctions will likely cause some reordering of global oil flows as Venezuela seeks to sell elsewhere.

Gulf refineries that use Venezuela’s heavy crude will have to look for alternatives to replace supplies. Despite a sharp decline in oil exports due largely to mismanagement of the industry and the economic crisis Venezuela remains the fourth-biggest vendor of oil to the US, supplying some 500,000 barrels per day.

Citgo, Valero Energy Corp and Chevron Corp are the three largest buyers of Venezuelan crude in the US.

“They are not allowing tankers bound for Valero, Citgo and Chevron to leave Venezuelan ports if not prepaid,” a PDVSA source said referring to a decision by the company’s trade and supply division.

Other exceptions in the sanctions will make it easier for Chevron Corp to keep participating in a joint venture in Venezuela and allow US entities in Venezuela to keep buying PDVSA gasoline. U.S. Treasury Secretary Steven Mnuchin announces on Friday what he said was the largest North Korea-related sanctions in a bid to disrupt North Korean shipping and trading companies and vessels and to further isolate Pyongyang, in the press room at the White House in Washington, U.S. February 23, 2018. REUTERS/Jonathan Ernst

The sanctions, contained in an executive order issued by US President Donald Trump, freeze US-based assets of PDVSA, Venezuela’s largest source of revenue.

The Trump administration had long held off on targeting Venezuela’s vital oil sector for fear that it would hurt US refiners and raise oil prices for Americans. White House officials had also expressed concern about inflicting further hardship on the Venezuelan people.

The latest sanctions appear to seek to build on the momentum that has mounted in recent weeks against Maduro at home and abroad.

US officials said the sanctions on PDVSA were intended to prevent Maduro’s government from siphoning off funds from the oil company to maintain his grip on power.

Mnuchin said oil supplies were sufficient to ensure no significant impact on US gas prices in the short term and that the US treasury department would issue temporary licenses to permit some transactions with PDVSA.

Even though the Venezuelan military has shown no sign of abandoning Maduro, Bolton said: “Our assessment based on numerous contacts on the ground is that the rank and file of the Venezuelan military is acutely aware of the desperate economic conditions in the country and we think they look for ways to support the National Assembly government.”

Countries around the world have recognized Guaido, the national assembly speaker, as Venezuela’s rightful leader, and the US vowed to starve Maduro’s administration of oil revenue after he was sworn in on January 10 for a second term that was widely dubbed illegitimate.

Guaido’s team of advisers is rushing to take control of Citgo Petroleum, before a potential bond default that could leave half the company in creditors’ hands, sources close to the talks told Reuters on Monday.

Maduro has promised to stay in office, backed by Russia and China, which have bank rolled his government and fought off efforts to have his government disavowed by the United Nations.

Bolton reiterated that Maduro would be held responsible for the safety of US diplomatic personnel in Venezuela as well as Guaido and other opposition figures.

He also not rule out US military intervention, although such action is widely considered to be unlikely.

“The president has made it very clear on this matter that all options are on the table,” Bolton said.