US Prosecutors Get indictment Against Wikileaks Founder Julian Assange

Representatives of the US administration of President Donald Trump have publicly called for Assange to be aggressively prosecuted. 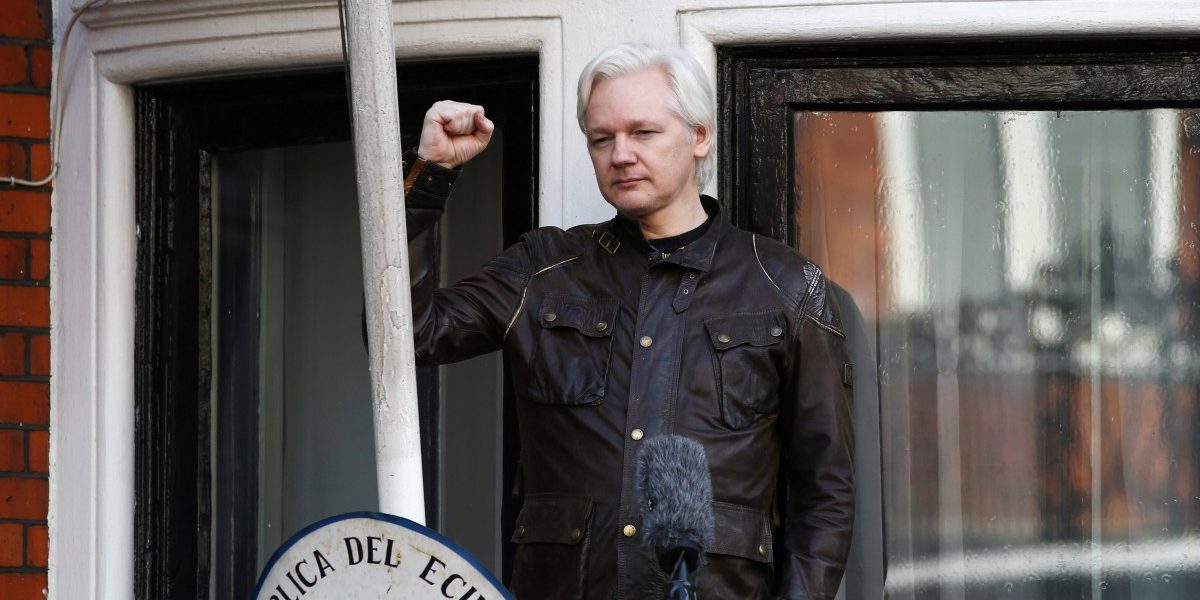 Wikileaks founder Julian Assange speaks on the balcony of the Embassy of Ecuador in London, Britain, May 19, 2017. Credit: REUTERS/Neil Hall/File Photo.

Washington: American prosecutors have obtained a sealed indictment against Wikileaks founder Julian Assange, whose website published thousands of classified US government documents, a US federal court document showed on Thursday.

The document, which prosecutors say was filed by mistake, asks a judge to seal documents in a criminal case unrelated to Assange, and carries markings indicating it was originally filed in US District Court in Alexandria, Virginia in August.

A source familiar with the matter said the document was initially sealed but unsealed this week for reasons that are unclear at the moment.

On social network Twitter, Wikileaks said it was an “apparent cut-and-paste error.”

US officials had no comment on the disclosure in the document about a sealed indictment of Assange, the charges facing whom are unclear.

The document is part of an unrelated criminal case involving a 29-year-old man charged with enticing a 15-year-old girl. In that case, the judge wrote in a detention memo that the defendant, Seitu Sulayman Kokayi, “has had a substantial interest in terrorist acts.”

Reuters was unable to immediately trace contact details for Kokayi.

But Joshua Stueve, a spokesman for the prosecutors‘ office which filed the document that was unsealed, told Reuters, “The court filing was made in error. That was not the intended name for this filing.”

Reuters was unable to immediately reach Assange or his lawyers to seek comment.

Prosecutors sought to keep the charges confidential until after Assange‘s arrest, the document shows, saying the move was essential to ensure he did not evade or avoid arrest and extradition in the case.

Any procedure “short of sealing will not adequately protect the needs of law enforcement at this time because, due to the sophistication of the defendant, and the publicity surrounding the case, no other procedure is likely to keep confidential the fact that Assange has been charged,” the document reads.

It adds, “The complaint, supporting affidavit, and arrest warrant, as well as this motion and the proposed order, would need to remain sealed until Assange is arrested in connection with the charges in the criminal complaint and can therefore no longer evade or avoid arrest and extradition in this matter.”

US officials have previously acknowledged that federal prosecutors based in Alexandria have been conducting a lengthy criminal investigation into WikiLeaks and its founder.

Representatives of the US administration of President Donald Trump, including Secretary of State Mike Pompeo, have publicly called for Assange to be aggressively prosecuted.

Assange and his supporters have periodically said US authorities had filed secret criminal charges against him, an assertion against which some US officials pushed back until recently.

Facing extradition from Britain to Sweden to be questioned in a sexual molestation case, Assange six years ago took refuge in Ecuador’s London embassy, where initially he was treated as a welcome guest.

But following a change in the government of the south American nation, Ecuadorean authorities last March began to crack down on his access to outsiders and for a time cut off his internet access.