US Will Rejoin the Paris Climate Agreement on Day One of My Presidency: Joe Biden

On November 4, the US formally withdrew from the 2015 Paris Agreement on Climate Change, a decision originally announced by President Donald Trump in 2017. 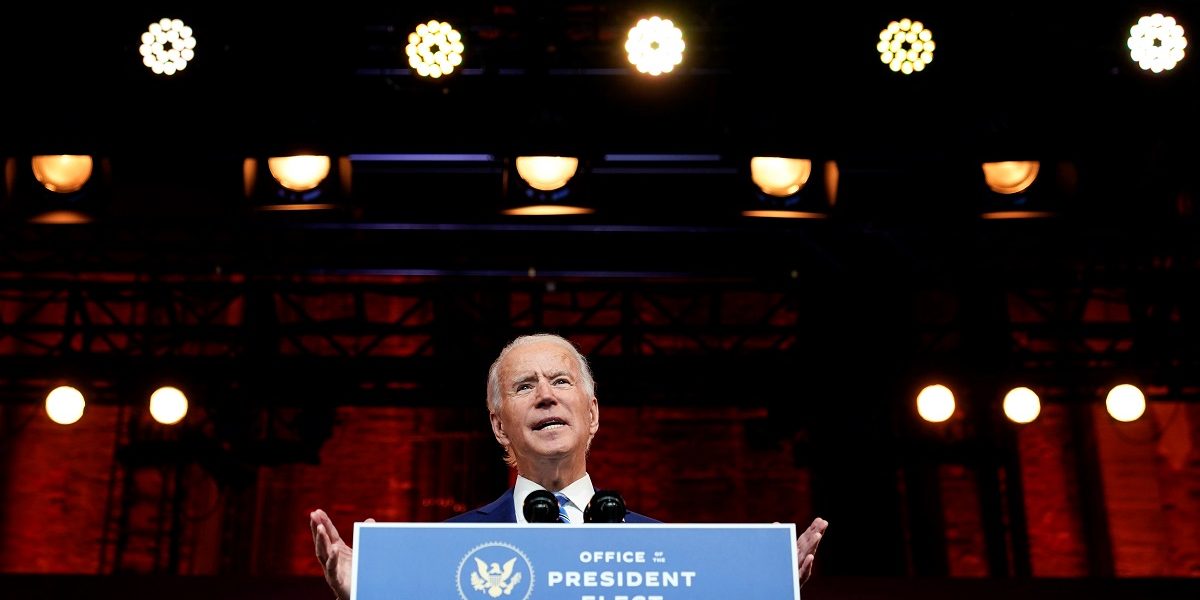 Washington: On Saturday, US President-elect Joe Biden vowed to rejoin the Paris climate agreement on the first day of his presidency, as the world marked the 5th anniversary of the historic pact aimed at curbing global warming.

On November 4 this year, the US formally withdrew from the 2015 Paris Agreement on Climate Change, a decision originally announced by President Donald Trump in 2017.

Trump has repeatedly criticised the agreement as economically detrimental and claimed that it could cost the country 2.5 million jobs by 2025. He also said that it gave other major emitters, like China and India, a free pass.

“The United States will rejoin the Paris Agreement on day one of my presidency, and I’ll immediately start working with my counterparts around the world to do all that we possibly can, including by convening the leaders of major economies for a climate summit within my first 100 days in office,” Biden said.

The historic accord seeks to limit global warming to less than 2 degrees celsius, the value that climate scientists have determined will have disastrous consequences if exceeded.

The decision by the US, which is globally the second leading producer of all carbon dioxide emissions after China, to quit the agreement has led to condemnation from environmentalists and expressions of regret from world leaders.

The US is the only country to withdraw from the global pact. It can still attend negotiations and give opinions, but is relegated to observer status.

In a statement, the president-elect said that his administration will increase the ambition of the US’s domestic climate target and put the country on a sustainable path to achieve net-zero emissions no later than 2050.

“We’ll elevate the incredible work cities, states, and businesses have been doing to help reduce emissions and build a cleaner future. We’ll listen to and engage closely with the activists, including young people, who have continued to sound the alarm and demand change from those in power,” he said.

“And we’ll do all of this knowing that we have before us an enormous economic opportunity to create jobs and prosperity at home and export clean American-made products around the world, harnessing our climate ambition in a way that is good for American workers and the US economy,” he added.

Noting that five years ago, the world gathered to adopt the Paris Agreement on climate change, Biden said that it created an unprecedented framework for global action to avoid potentially catastrophic planetary warming while building global resilience to the climate impacts all are already experiencing.

“It sent a clear signal that nearly 200 countries were – finally, together – moving toward a clean-energy future,” he said.

The US leadership was essential to negotiating in Paris and indispensable to bringing the Agreement into force.

“Over the last four years, however, the world has lost that momentum, and nations and people in every part of the world are feeling the devastating impacts of a changing climate. We haven’t come close to the bold action that’s needed, and today, we have no time to waste,” he said.

“Under a Biden-Harris Administration, America will be back working with our partners around the world to ensure we realize those goals for the sake of our families and future generations,” Biden said.

Also read: What Joe Biden’s Climate Plans Mean for America, and the World

The climate plan being promoted by Biden and vice president-elect Kamala Harris has been called the most ambitious of any US administration yet, with a proposed $1.7 trillion investment into taking the US to net-zero by 2050. Net-zero means the country would recapture or remove as much carbon as it emits.

After being projected as the winner of the November 3 presidential election, Biden appointed former secretary of state John Kerry to be the country’s first-ever climate envoy.

Biden, who was President Barack Obama’s vice president when the Obama administration negotiated the deal, has repeatedly pledged to rejoin the Paris climate agreement.