MEA Conveys 'Concern' as US Navy Conducts Patrol in Indian EEZ Without Consent, Announces It

This was the first time in recent memory that the US Navy has publicly acknowledged that a military ship has entered India’s EEZ without consent, saying it was intended as a challenge to India's "excessive maritime claims". 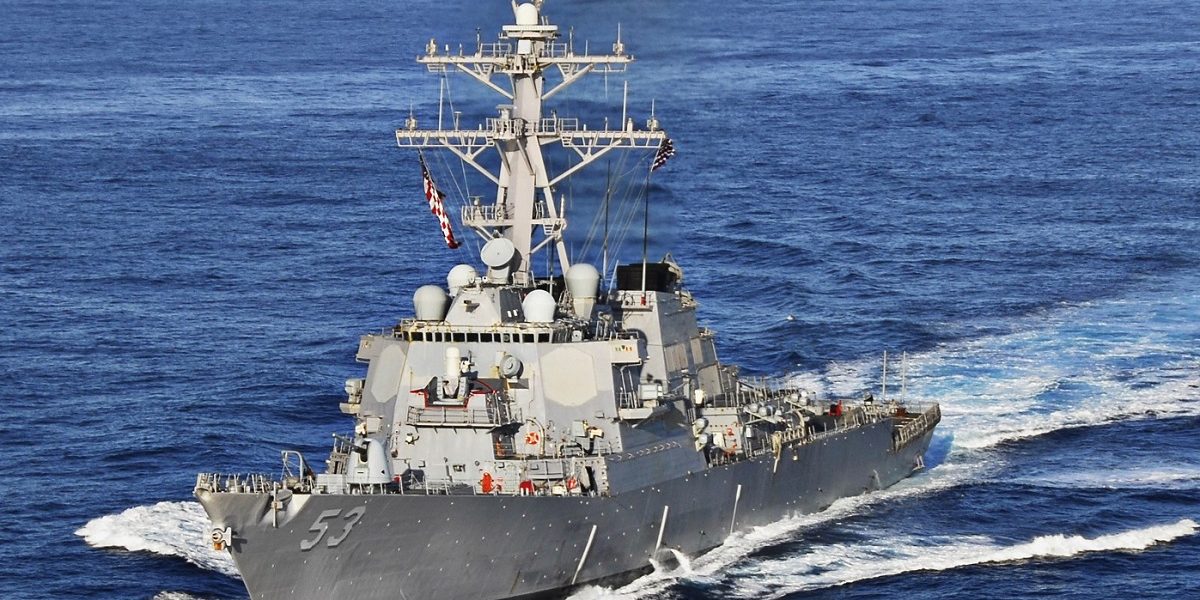 New Delhi: In an unexpected move, the US Navy this week conducted a freedom of navigation patrol in Indian waters without India’s prior consent, declaring that it was intended to challenge India’s “excessive maritime claims”.

The press release issued by the Commander of the US seventh fleet states that on April 7, USS John Paul Jones “asserted navigational rights and freedoms approximately 130 nautical miles west of the Lakshadweep Islands, inside India’s exclusive economic zone [EEZ], without requesting India’s prior consent, consistent with international law”.

It added that the freedom of navigation patrols “upheld the rights, freedoms, and lawful uses of the sea recognised in international law by challenging India’s excessive maritime claims”.

The Ministry of External Affairs (MEA) issued a response on Friday evening that USS Paul Jones was “continuously monitored transiting from the Persian Gulf towards the Malacca Straits”. “We have conveyed our concerns regarding this passage through our EEZ to the Government of USA through diplomatic channels,” said the MEA press note.

There is no indication in the official press note that the US warship was challenged while it was passing through the EEZ.

India and the US have fundamental differences in coastal states’ rights to stop foreign military ships from conducting military activities within their EEZ.

When India ratified the UN Convention of the Law of the Sea (UNCLOS) in 1995, it declared that in its understanding “the provisions of the Convention do not authorise other States to carry out in the exclusive economic zone and on the continental shelf military exercises or manoeuvres, in particular those involving the use of weapons or explosives without the consent of the coastal State”.

The US has not ratified UNCLOS.

The differences, which began during the drafting of the treaty, is over the interpretation of Article 58 (i) of the Convention.

The second clause of the Article then lists Articles “88 to 115” as also applying to the EEZ “in so far as they are not incompatible with this Part”.

Maritimes nations like the US have long argued that the phrase “other internationally lawful uses of the sea” means that they can enjoy the freedom to operate in the EEZ. They also cite Article 87 that lists freedoms in the high seas, including freedom of navigation, implying that this applies to the EEZ.

According to a 2019 article by Manoj Joshi in The Wire, United States has regularly carried out intelligence and survey missions in India’s EEZ. “These used to occasion protests from New Delhi in the past. In these fraught times, however, the government and navy prefer to remain silent on US operations in the EEZ, even as they tom-tom their ‘victories’ over China,” he wrote.

The unusual point of the current development was that this was the first time in recent memory that the US navy has publicly acknowledged that a military ship has entered India’s EEZ.

The Wire looked at the US Department of Defense’s annual reports summarising freedom of navigation operations worldwide.

As per the latest report published last month, US Navy had not conducted any FON operations in India’s EEZ from October 2019 to September 2020.

However, the annual report of 2019 notes that one FONOP was conducted in India. It listed “Prior consent required for military exercises or manoeuvres, in particular those involving the use of weapons or explosives, in the exclusive economic zone” as the nature of the “excessive maritime claim” that US forces had challenged.

With the exception of 2018, all previous reports from 2017 to 2011 shows that there had been multiple intrusions in a single year by the US military, without prior consent, into India’s EEZ.  While they were documented annually, DoD had not publicised these operations related to India on a real-time basis.

FoN ops by USN ships (ineffective as they may be) in South China Sea, are meant to convey a message to China that the putative EEZ around the artificial SCS islands is an “excessive maritime claim.” But what is the 7th Fleet message for India? https://t.co/epo0CY9mqC

He also wondered if the US’s freedom of navigation patrols in the South China Sea were about signalling to China about its “putative EEZ around the artificial SCS islands”, “but what is the what is the 7th Fleet message for India?”

The press release further stated that US forces conduct routine and regular Freedom of Navigation Operations (FONOPs), “as we have done in the past and will continue to in the future”. “FONOPs are not about one country, nor are they about making political statements,” it noted.

While the press release claimed that India’s requirement for prior consent is “inconsistent with international law”, the location of the FONOP has also raised concern that it could be a challenge to India’s straight baselines enclosing Lakshadweep islands.

India had notified baselines through a 2009 gazette notification, which included straight baselines around Lakshadweep to declare a new area of the sea as part of the country’s waters. It consists of the strategic nine-degree channel that goes through the Lakshadweep group of islands and is part of the international shipping lane connecting the Gulf of Aden to South East Asia.

According to the Law of the Sea, only archipelagic states, like Indonesia, can use straight baselines to enclose island groups rather than continental states like India.

The United States does not recognise India’s 2009 Gazette notification but has never specifically protested the straight baselines around Lakshadweep.

However, as the 2020 Annual report shows, the US has challenged straight baseline claims through freedom of navigation patrols in South Korea, Japan, Haiti, Nicaragua and the South China Sea.

Interestingly, the US has always considered India as a cornerstone for its Indo-Pacific policy, with both of them part of the ‘Quad’ format.

In most bilateral documents, India and the US have routinely asserted their common shared values of “support for safety and freedom of navigation, overflight and other lawful uses of the seas” in the Indo-Pacific region. This is usually supposed to refer to Chinese expansionist activities in the disputed South China Sea.

Note: This article is being updated as responses and news of developments come in.