US Judge Vacates Murder Conviction of Subject of Famous Podcast

The case of Adnan Syed gained national attention when the podcast 'Serial' raised doubts about his guilt. 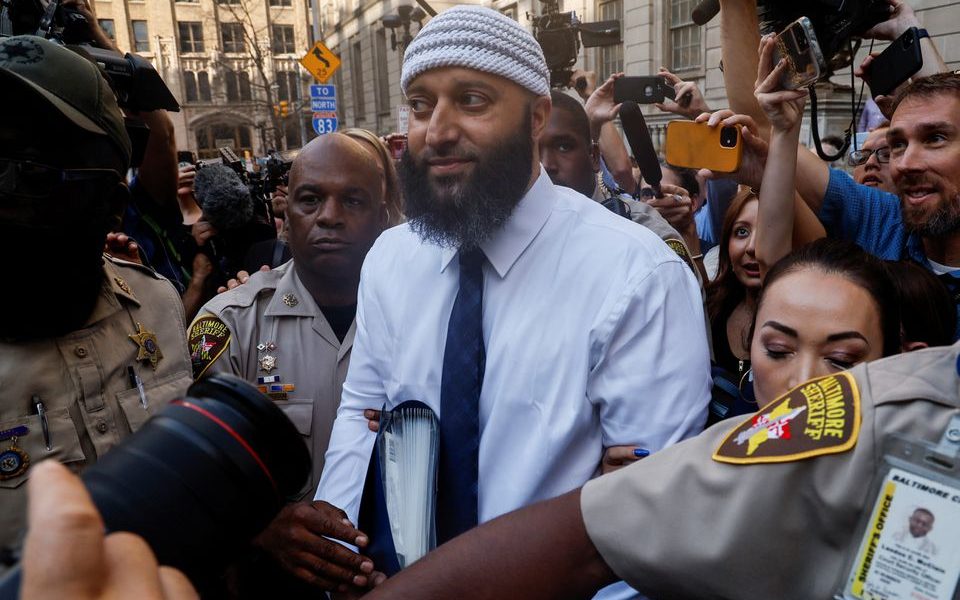 Baltimore: A Maryland judge on September 19 vacated the 2000 murder conviction of Adnan Syed after prosecutors said there were grave problems with his trial, including two other possible suspects in the killing of his former girlfriend who were never disclosed to the defence.

The case gained national attention when the podcast “Serial” raised doubts about his guilt. Syed, now 42, has always said he was innocent and did not kill Hae Min Lee, who was 18 when she was strangled and buried in a Baltimore park in 1999.

Judge Melissa Phinn of the Circuit Court in Baltimore ordered Syed to be released from prison, where he was serving a life sentence, and put on home detention and that a new trial be scheduled. Syed emerged smiling from the courthouse as onlookers cheered and applauded, though he did not speak.

The state’s attorney for Baltimore filed a motion to vacate the conviction on Wednesday following a year-long investigation conducted alongside a public defender representing Syed, in which several problems were found with witnesses and evidence from the trial.

Prosecutors told the court they were not yet asserting that Syed is innocent but that they no longer had confidence in “the integrity of the conviction,” and that justice required that Syed at least be afforded a new trial. They said Syed should be released from prison, where he has spent more than two decades, while prosecutors complete the investigation and decide whether to seek a new trial or to prosecute a different suspect.

Prosecutors said that they had found new information about two alternative suspects, whom they have not named, including one who had threatened to kill Lee, and both of whom have a history of violent crimes against women. Their identities were known to the original prosecutors but not disclosed to the defense as required by law.

Prosecutors also decided a key witness and the detective who investigated the murder were unreliable. They also found new information that cast doubt on the cellphone data prosecutors relied upon at trial to place Syed at the scene of the murder.

Young Lee, the victim’s brother, told the court he was shocked and his family felt betrayed that the prosecutors had reversed course after standing by the conviction for decades.

“Justice over convictions is not only our mantra but our mission,” Marilyn Mosby, the state’s attorney for Baltimore, said at a news conference after the hearing. She said her office was awaiting new test results on DNA evidence before announcing her next steps.