Faced with many problems that have a direct impact on the American people, it remains unclear how much political capital the president-elect wants to devote to Iran. 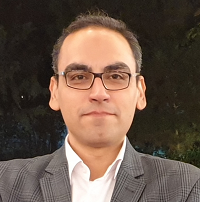 During a January 2 cabinet meeting in 2018, US President Donald Trump announced plans to impose sanctions against Iran with a bizarre, knock-off poster referring to HBO’s Game of Thrones that said, “Sanctions are coming.”

Two years later, after his imminent defeat to his democratic rival Joe Biden in the presidential race; Iranians took their revenge and poked Trump with the same poster. This time however the image read, “Your end is coming.”

To many Iranians, Biden’s victory came as a relief. Ordinary people who have been suffering under the crippling sanctions closely watched the election in the US. They expressed joy over the chances that Biden’s Presidency could lead to even small changes in their situation.

Nevertheless, Iran’s supreme leader Ayatollah Ali Khamenei and President Hassan Rouhani had already downplayed the election’s impact on Iran. Ayatollah Khamenei said Tuesday that Tehran’s policy toward Washington would remain the same regardless of “who wins the US elections”. There was no change in his stance on Saturday. Iranian foreign minister Javed Zarif’s first response after Biden’s official victory was that Tehran expects the US to initiate the outreach.

No matter who wins the #USElections2020, it won't affect our policy toward the US. Some people talk about what will happen if this or that one is elected. Yes, certain events may happen but they don’t concern us. Our policy is calculated and clear.

The American people have spoken.

And the world is watching whether the new leaders will abandon disastrous lawless bullying of outgoing regime—and accept multilateralism, cooperation & respect for law.

Donald Trump withdrew from the 2015 nuclear pact that Iran signed with six major world powers and reinstated sanctions against Tehran. In response to Trump’s abandoning the nuclear deal, Iran reduced its commitments under that accord but stressed that those retaliatory measures will be reversible once Europe finds practical ways to shield the mutual trade from the US sanctions.

The US sanctions have significantly damaged the Iranian economy, causing sharp currency devaluation and high inflation. According to a poll conducted by the Iranian Students Polling Agency (ISPA) in October, out of every 10 Iranians questioned, six said that their living condition has deteriorated compared to five years earlier. Iran is also grappling with a COVID-19 outbreak that is killing around 300 people every day or one person every five minutes. President Rouhani has blamed the US for the above and said the White House is ‘responsible’ for all the hostile measures and crimes against the Iranian nation. Rouhani critics from among hardliners and conservatives, however, see the government’s weakness and poor management as the cause of this situation. Others attribute all these problems to the state’s “unrealistic” foreign policy goals in Syria, Iraq, Yemen, and elsewhere.

Another four years with Trump in the Oval Office would have meant the continuation of his “maximum-pressure” campaigns that could further damage the Iranian economy and stops Tehran from openly selling its crude oil abroad. Not to mention the threat of all-out war and conflict in the region.

Also Read: Biden-Harris Will Bring Continuity for Delhi But Some Challenges Too

Biden however, has supported the 2015 accord also known as the Joint Comprehensive Plan of Action (JCPOA) under which Iran agreed to limit its enrichment of uranium in exchange for the lifting of economic sanctions. Biden has even said he wants to resolve the standoff with Tehran.

As an example, Iran’s currency had lost almost 50% of its value since January but the market reacted to hopes of reduced US sanctions after a possible presidential election victory by Joe Biden, and the Iranian foreign exchange market saw a hike in the value of Rial in the past week.

However, given the troubled history between Iran and the United States since the 1979 revolution that toppled the US-backed Shah, it is very early to express optimism that things will get better anytime soon. A vote for Biden does not necessarily mean an end to US “maximum pressure”.

Besides anti-Americanism remains a cornerstone of Iranian policy over the past four decades. Since Donald Trump pulled Washington out of the JCPOA, Iran’s supreme leader Ayatollah Ali Khamenei, who has the final say on all state matters, has accused the US of “breaking promises” and repeatedly ruled out any further negotiations with Washington. 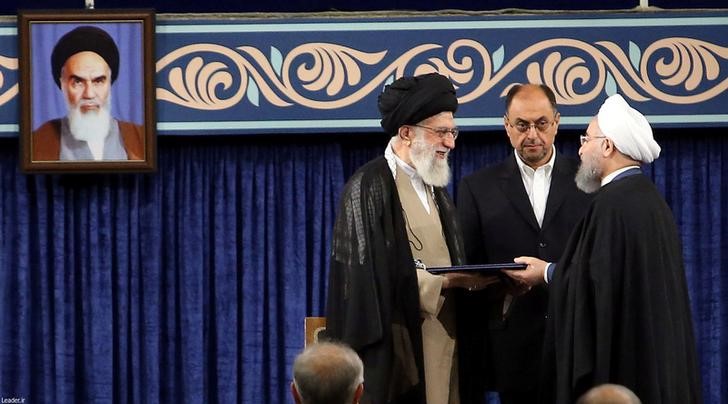 Against this backdrop, it seems the only benefit that Biden’s presidency might have in the short term is to avert risks of a US-Iran conflict and partial easing of sanctions so that there would be a slight and temporary improvement in the living condition of the Iranian people.

“I believe Joe Biden is more likely to pursue Trump’s maximum pressure campaign against Iran by  keeping the bulk of sanctions to guarantee that Tehran will never get back to the days before the JCPOA agreement,” prominent reformist journalist and analyst Abbas Abdi wrote.

Meanwhile, Biden is a first-term president who will have many competing priorities on his desk. From domestic issues including the deadly COVID-19 pandemic and an economic crisis as well as a divided society plus a hostile Republican party as well as foreign policy issues like the broken ties with Europe that all need his immediate attention. So amid all these problems that have a direct impact on the American people, it remains unclear how much political capital Biden wants to devote to Iran.

With Iran’s presidential election to be held in 2021, some pundits have said that Biden’s green light to bring the US back to the JCPOA will strengthen reformists and moderates in Iran’s political sphere and would allow the democratic president to negotiate with them.

Nevertheless, because reformists and moderates have lost their public support and influence in the power structure for different reasons a top of them the performance in economy and Rouhani sitting as a lame-duck president for the remainder of his term, such a scenario seems very far-fetched.

Iran held its 11th parliamentary elections in February, handing a resounding victory to hardline and conservative forces in polls that saw the lowest turnout since the 1979 revolution. If there will be any prospect of talks between Iran and the US for any sort of deal, while hardliners are on track and determined to win the presidency in June, Biden’s administration is most likely to wait and see who will become Iran’s next president.