US Intends to have 'frank conversations' with China on Trade Ties: USTR Katherine Tai

In a major policy speech on trade ties with China, US Trade Representative Katherine Tai said that the Biden Administration's objective is not to inflame trade tensions with China. 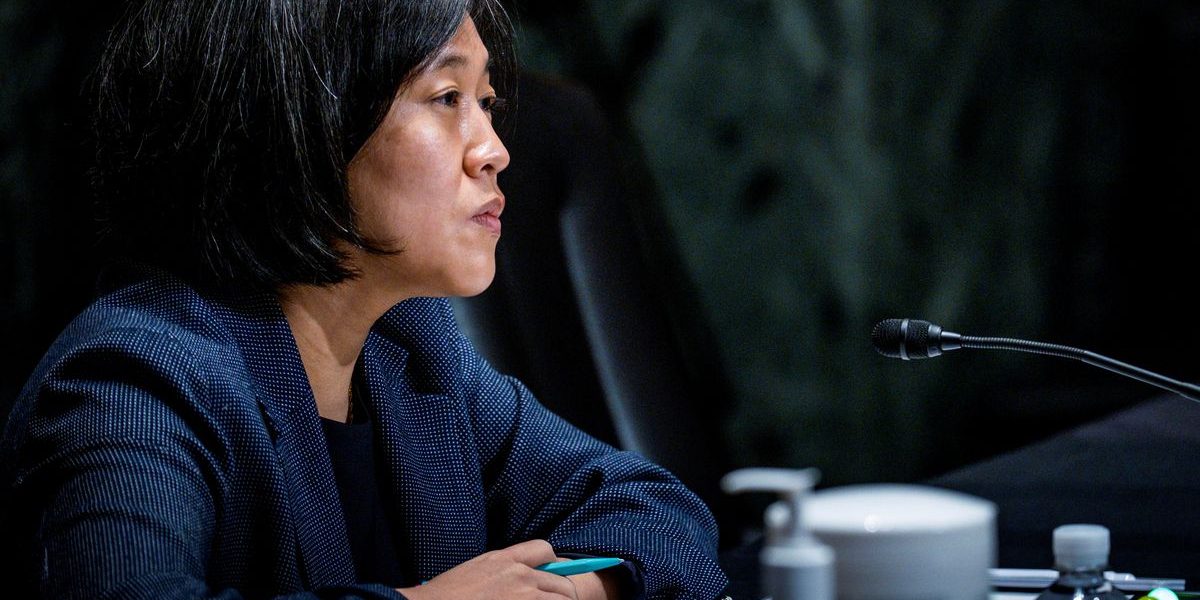 US Trade Representative Katherine Tai testifies before the Senate Finance Committee on Capitol Hill in Washington, U.S., May 12, 2021. Pete Marovich/Pool via REUTERS

Washington: The US intends to have “frank conversations” with China on its lack of adherence to global trading norms and bilateral trade ties. It also intends to discuss Beijing’s performance under the Phase One Agreement, a top American trade official said on Monday.

In a major policy speech on trade ties with China, US Trade Representative (USTR) Katherine Tai said that the Biden Administration’s objective is not to inflame trade tensions with China.

In the Phase One trade deal, signed in January 2020 during Donald Trump’s presidency. China pledged to buy at least USD 200 billion more American goods and services over 2020 and 2021, compared to 2017. However, the agreement paused a bruising trade war between the two major trading partners, which dragged on for about two years.

Also Read: ‘No Cold War With Any Country’: US on UN Chief’s Comments on US-China Conflict

“Beyond our domestic investments, in the coming days, I intend to have frank conversations with my counterpart in China. That will include discussion over China’s performance under the Phase One Agreement,” Tai said.

“And we will also directly engage with China on its industrial policies. Our objective is not to inflame trade tensions with China. Durable coexistence requires accountability and respect for the enormous consequences of our actions. I am committed to working through the many challenges ahead in this bilateral process in order to deliver meaningful results, she said.

“But above all else, we must defend to the hilt our economic interests,” she said.

“That means taking all steps necessary to protect ourselves against the waves of damage inflicted over the years through unfair competition. We need to be prepared to deploy all tools and explore the development of new ones, including through collaboration with other economies and countries. And we must chart a new course to change the trajectory of our bilateral trade dynamic,” Tai said.

For too long, she said, China’s lack of adherence to global trading norms has undercut the prosperity of Americans and others around the world. In recent years, Beijing has doubled down on its state-cantered economic system. It is increasingly clear that China’s plans do not include meaningful reforms to address the concerns that have been shared by the United States and many other countries, she alleged.

“We have a lot of work to do. To be successful, we must be direct and honest about the challenges we face and the grave risk from leaving them unaddressed. We must explore all options to chart the most effective path forward, Tai said.

“When it comes to our relationship with China, what’s best for American workers is growing the American economy to create more opportunity and more jobs with better wages here in the US. As the US Trade Representative, I intend to deliver on President Biden’s vision for a worker-cantered trade policy in the US-China trade dynamic. We need to show that trade policy can be a force for good in the lives of everyday people,” she said.

In recent months, the Biden-Harris Administration has conducted a comprehensive review, she said and laid out the starting point of the administration’s strategic vision for realigning its trade policies towards China.

“First, we will discuss with China its performance under the Phase One Agreement. China made commitments that benefit certain American industries, including agriculture, that we must enforce. President Biden will continue to promote our economic interests and build confidence for American industry,” she said.

“Second, we will start a targeted tariff exclusion process. We will ensure that the existing enforcement structure optimally serves our economic interests. We will keep open the potential for additional exclusion processes, as warranted,” Tai said.

“Third, the US will continue to have serious concerns with China’s state-cantered and non-market trade practices that were not addressed in the Phase One deal. “As we work to enforce the terms of Phase One, we will raise these broader policy concerns with Beijing. And we will use the full range of tools we have and develop new tools as needed to defend American economic interests from harmful policies and practices,” she said.

“Finally and critically, we will continue to work with allies to shape the rules for fair trade in the 21st century, and facilitate a race to the top for market economies and democracies,” Tai said.