A bipartisan resolution recognising the cultural and religious significance of an autonomous Tibet was also passed by the House. 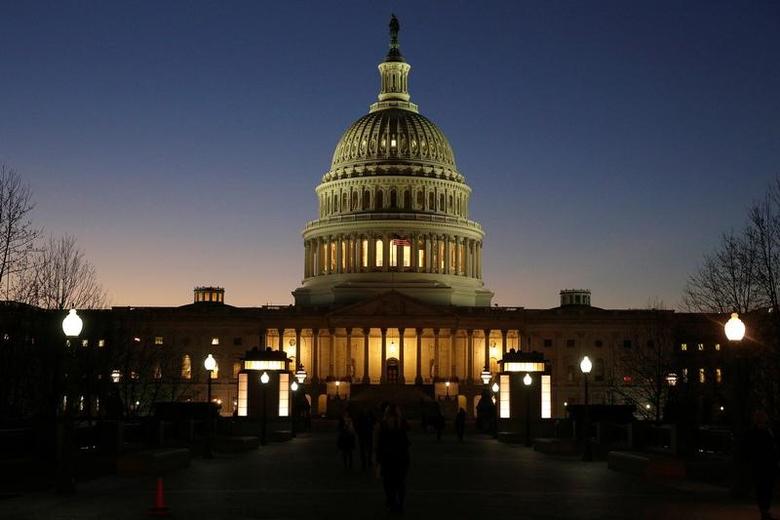 The US Capitol Building is lit at sunset in Washington, US, December 20, 2016. Photo: REUTERS/Joshua Roberts

Washington: The US House of Representatives has unanimously passed a resolution condemning China’s “human rights abuses” and undermining of fundamental rights and freedoms in Hong Kong.

Passed by a voice vote, the resolution condemns acts by the Chinese government and alleged they violate fundamental rights and freedoms of Hong Kong residents as well as undermine their high degree of autonomy.

“Today, the House sent a strong message with the passage of resolutions calling for the end of China’s human rights abuses. The House on a bipartisan basis will always fight for freedom of religion & culture in Tibet and for the rule of law in Hong Kong,” House speaker Nancy Pelosi said.

Today, the House sent a strong message with the passage of resolutions calling for the end of China’s human rights abuses. The House on a bipartisan basis will always fight for freedom of religion & culture in Tibet and for the rule of law in Hong Kong.

The resolution, among other things, also advises the US to coordinate with allies to respond to developments in Hong Kong, including by providing Hong Kong residents who face well-founded fears of persecution an opportunity to emigrate from the region.

Asserting that such Chinese actions undermine its credibility within the international community, the resolution urges Beijing and the Hong Kong government to refrain from the implementation of this law or taking any action that abridges or curtails, in whole or in part, the rights of Hong Kong residents as established by the Joint Declaration and Basic Law.

The resolution urges the president, the secretary of state, and the secretary of the treasury to coordinate with allies and partners to respond to developments in Hong Kong, including by appointing a United Nations Special Envoy for Hong Kong and expanding the mandate of the UN Special Rapporteur to improve monitoring and reporting on Chinese policies in Hong Kong.

“This bipartisan resolution sends an important message: The United States opposes China’s persistent human rights abuses, stands with those who are persecuted, and will hold China accountable for actions that undermine fundamental rights and freedoms,” he said.

Congressman Bill Pascrell said that the people of Hong Kong are crying out for the rights of human dignity and freedom that are only guaranteed under democracy.

“Their bravery has inspired the world and their voices can never be silenced,” said Pascrell, a harsh critic of China’s humanitarian crimes.

“The cowardly silence of Donald Trump and his chief diplomat Mike Pompeo to the Chinese Communist Party’s atrocities were a betrayal of American democratic values. But the people of the United States will always stand for freedom. And today, once again, the people’s House stands unequivocally with the people of Hong Kong,” he said.

China denies curbing rights and freedoms in Hong Kong. Authorities in Hong Kong and Beijing have moved swiftly to stifle dissent after anti-government protests flared in June last year and plunged the city into crisis.

A bipartisan resolution recognising the cultural and religious significance of an autonomous Tibet and seeking peaceful solutions to the conflict was also passed by the US House of Representatives.

The resolution recognised the significance of the genuine autonomy of Tibet and the Tibetan people, and the work done by 14th Dalai Lama to promote global peace, harmony and understanding.

Passed by a voice vote, the resolution determined that it would be beneficial to convene a bipartisan, bicameral forum, either through a Joint Meeting of Congress, a teleconference broadcast at the Capitol Visitor Center, or roundtable, between Members of Congress and His Holiness the Dalai Lama to discuss peaceful solutions to international conflicts.

It also noted that there is overwhelming bipartisan Congressional support for the Tibetan people’s aspirations for internationally recognised human rights and freedoms and the protection of their distinct religious, cultural, linguistic, and national identity.

The resolution said there are over 6,000,000 Tibetans in the world, spanning over 40 countries.

“Honoured to see the House unanimously passed my resolution recognising the genuine autonomy of Tibet and celebrating the work the Dalai Lama has accomplished. The US must continue to work with allies to secure freedom from oppression for the Tibetan people,” Congressman Ted Yoho said.

Speaking on the floor of the House, Congressman Eliot Engel, Chairman of the House Foreign Affairs Committee, accused China of violation of international religious freedom in Tibet.

The State Department, he said, has found that the Chinese government has systematically impeded travel to Tibetan autonomous region areas for US diplomats, officials, journalists and tourists.

Congressman Yoho said the resolution recognises the genuine autonomy of Tibet and the vital work of the Dalai Lama to promote peace around the world.

Over 60 years ago, his holiness, 14th Dalai Lama was forced into exile by the Chinese Communist Party’s (CCP) full-scale military takeover of Tibet. To this very day, the Chinese Communist Party uses propaganda, violence, and oppression to assert totalitarian control over Tibet and the Tibetan people. The CCP sees Tibet culture and their religious heritage as a threat to its control, Yoho said.