US Drops Its 'Largest Non-Nuclear Bomb' in Afghanistan; In 2016, It Dropped 'Equivalent of 3 a Day'

The bomb was targeted at a series of caves used by the ISIS militants. 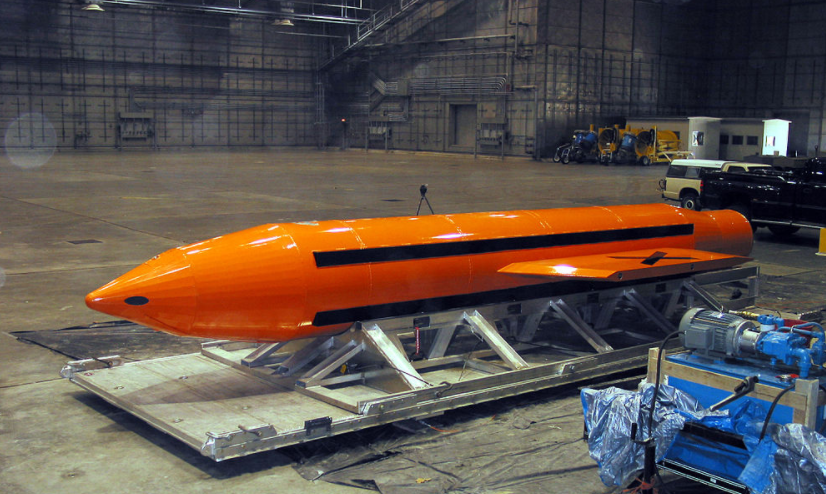 Reuters reports that the United States dropped a massive GBU-43 bomb, also known as the “mother of all bombs,” in eastern Afghanistan on Thursday (April 13) against a series of caves used by the ISIS militants, the military said.

One estimate puts the number of ISIS fighters killed at “20 to 30”.

The caves were the creation of villagers over the years as they mined soapstone in the region, says Afghan reporter Bilal Sarwary:

I visited Achin in 2016. Caves were dug by villagers who extracted soap stones. ISIS then took over those mines almost 200 meters & turned pic.twitter.com/g3RX27z6ir

It was the first time this type of bomb had been used in combat and was dropped from a MC-130 aircraft, Pentagon spokesman Adam Stump said.

To put this in perspective, however, WikiLeaks reminded everyone that the Pentagon under Barack Obama “dropped 26,172 bombs during 2016 … Even if all of these bombs averaged 1000 lbs, that’s 71,404 lbs a day, or almost 3 MOABs a day.”

"It's really not so bad" pic.twitter.com/chv0Jkq6cw

Whatever the military effect of Thursday’s MOAB, it caused extensive damage to civilians,  Sarwary reported on Twitter:

The bomb is the largest non-nuclear bomb in the arsenal of the United States. The Russian military is said to have a bomb that is even bigger. The ‘father of all bombs’ – its real name is ‘Aviation Thermobaric Bomb of Increased Power’ – weighs 15,650 lbs and has the explosive power of the equivalent of 44 tonnes of TNT.