The Big Fight: US Gearing up to Face Down the Dragon

What remains to be seen is whether US corporations will join forces with their government or continue to bend to Chinese demands. 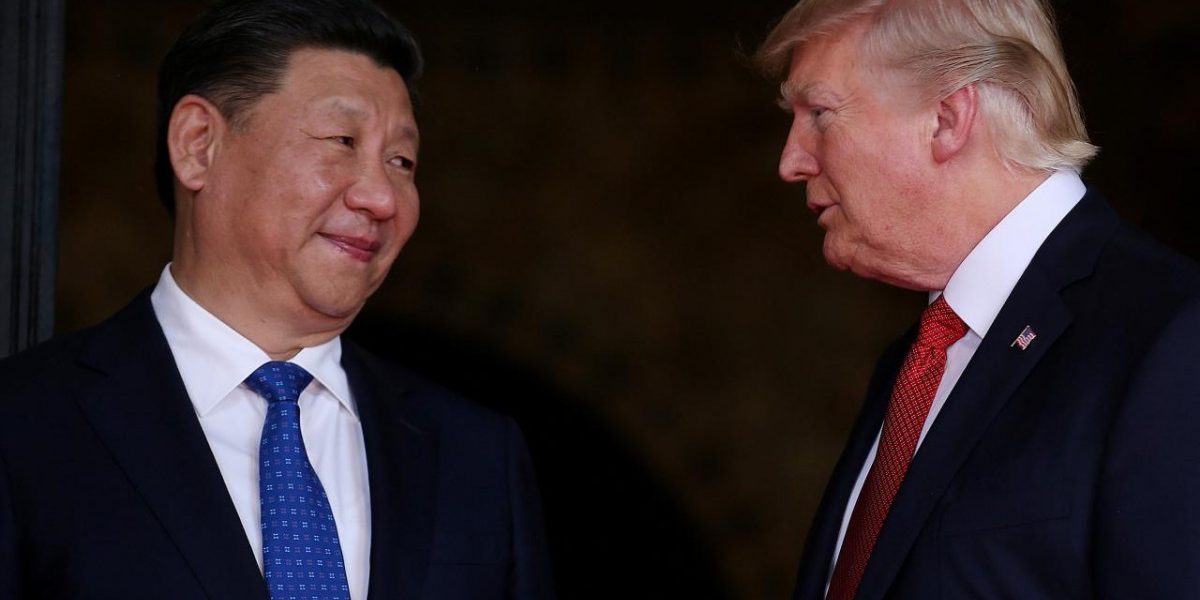 The tit-for-tat measures are the latest escalation in an increasingly protracted trade dispute between the world's two largest economies. Credit: Reuters

Washington: The US Congress recently began a series of public hearings on what it called ‘The China Challenge’ on China’s attempts to reshape the global order and to devise ways to thwart Beijing’s seemingly inexorable march to pole position.

In the first such hearing on July 24, the senators of the Subcommittee on East Asia, the Pacific and International Cybersecurity Policy sought expert opinion, worried about getting allies on board for a combined front, wondered if China’s coercive tactics against small countries and large corporations could be blunted and agreed that nothing short of a “whole-of-the-government” strategy would work.

That means taking China on the security front, strengthening allies and friends, blocking Chinese acquisition of strategic technology, preventing Chinese “influence operations” which have already been exposed in Australia and New Zealand, punishing the worst offenders in China’s vast array of state-owned enterprises and even denying student visas to sons and daughters of the Chinese Communist Party elite.

Senator Cory Gardner, chairman of the subcommittee holding the hearings, has introduced the Asia Reassurance Initiative Act or ARIA to add $7.5 billion in spending in the Pacific region to counter Chinese influence. Both the state and defence departments support the bill which is expected to be tabled soon.

There is much hand-wringing in Washington about the decision to allow China to join the World Trade Organisation in 2001, a move sold by former President Bill Clinton to the US Congress as a way to teach China the wonders of democracy and free market while letting US businesses expand their operations.

Today Clinton’s rhetoric appears shockingly naïve to many lawmakers and his decision to allow China into the World Trade Organization (WTO) a monumental mistake. China used the WTO to gain access to markets worldwide, especially the bottomless US consumer market while keeping its own market adamantly limited through opaque policies.

Chinese capitalism is increasingly state-directed with state-owned banks and industry leading from the front. Despite President Xi Jinping’s speeches at the Boao Forum and Davos claiming leadership on “openness,” the International Monetary Fund has found China to be more closed than an average emerging market economy.

As the US Congress debates strategy to counter China, at the other end of the National Mall from Capitol Hill in the White House, President Donald Trump is escalating the trade war in the hope he can stare the dragon down.

On Tuesday (August 7), the Trump administration announced it would impose 25% tariffs on $16 billion in Chinese imports by August 23. The 279 products under the gun include motorcycles, steam turbines and railway cars.

The new round comes after the 25% duties levied on $34 billion in Chinese goods on July 6, which triggered a swift tit-for-tat response from Beijing. This one will too, ratcheting up the trade war whose effects on the global economy could touch almost every country.

Trump indicated in a CNBC interview last month he is willing to go the whole hog and slap duties on every single Chinese import. “I am ready to go to 500,” he said, in a reference to $505 billion worth of Chinese goods the US imported last year. “We have been ripped off by China for a long time.”

Last week, he apparently held forth on China’s One Belt One Road Initiative (OBOR) in front of a group of American CEOs, including the outgoing PepsiCo’s CEO Indra Nooyi, at his private golf course in New Jersey. He called OBOR “insulting” and said it could disrupt trade all around the world. Without naming the country but apparently referring to China, Trump also said every student coming to the US was a spy.

Can the US under Trump’s volatile leadership effectively face the China challenge? In some ways, it makes sense that an unfiltered president is the vehicle for laying bare the raw reality of China’s unabashed grab for geostrategic and economic space rather than the carefully packaged hesitancy of Barack Obama who allowed China eight years of military consolidation in the South China Sea without a real response. 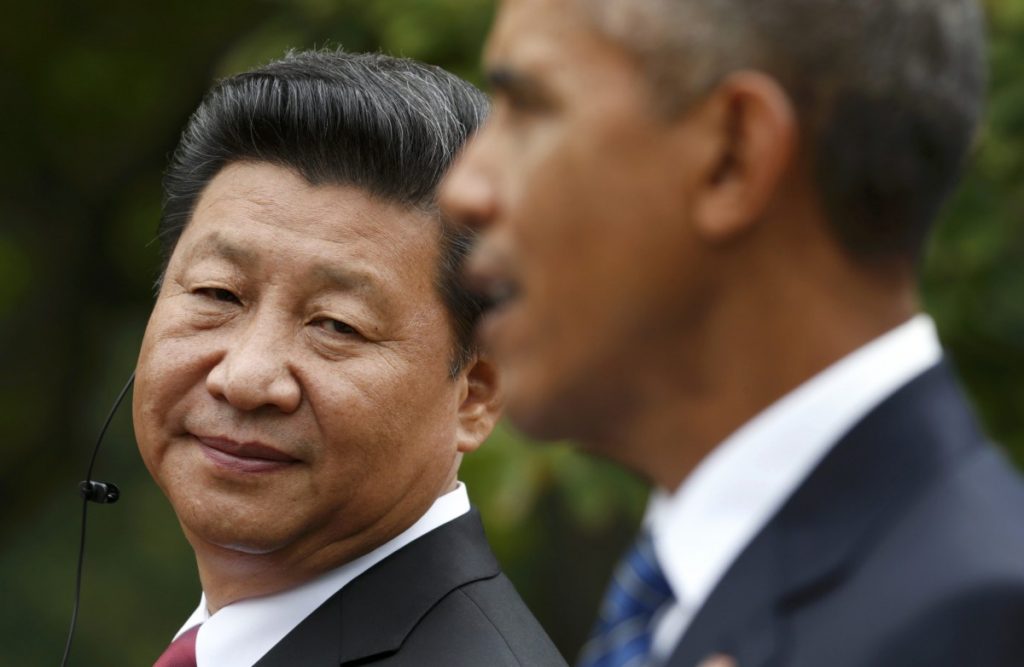 Today there is a bipartisan consensus in Washington that US posture needs to change. But the foreign policy establishment remains preoccupied with Russia.

Many US corporations have privately conveyed they want action against China for its coercive policies – technology theft, blocking of market access in key sectors, unlawful subsidies to make exports cheaper, forcing foreign companies to toe the line on Tibet and Taiwan, orchestrating boycotts and limiting Chinese tourists from countries who dare to speak up to cite just a few tools in the large toolbox.

The US Commerce Department is listening and preliminary retaliation has begun. On August 1, the department blacklisted eight state-owned Chinese entities and their 36 subsidiaries on national security and foreign policy grounds. The notice said they were suspected of illicit procurement of US equipment for unauthorised military use.

The names on the list include many electronics, technology and aerospace entities and affiliates. Any request to buy US equipment would now come with a “presumption of denial” which essentially means it won’t be entertained.

Trump’s trade war is already setting the stage for a backlash, starting with a blunt warning in China’s government-owned media. The People’s Daily and Global Times lambasted Apple for making “good money” in China and not sharing its profits adequately with the Chinese people.

A recent opinion piece published in both outlets – lest anyone miss the message – warned Apple could face “anger and nationalist sentiment” over its $9.6 billion in profits in China.  In other words, prepare for protests and boycotts.

The question is whether US corporations will join forces with their government or continue to bend to Chinese demands. Google’s CEO, Sundar Pichai, is secretly building a special search engine for China that will effectively increase Beijing’s surveillance capabilities, help create blacklists, block sites such as the BBC and Wikipedia. 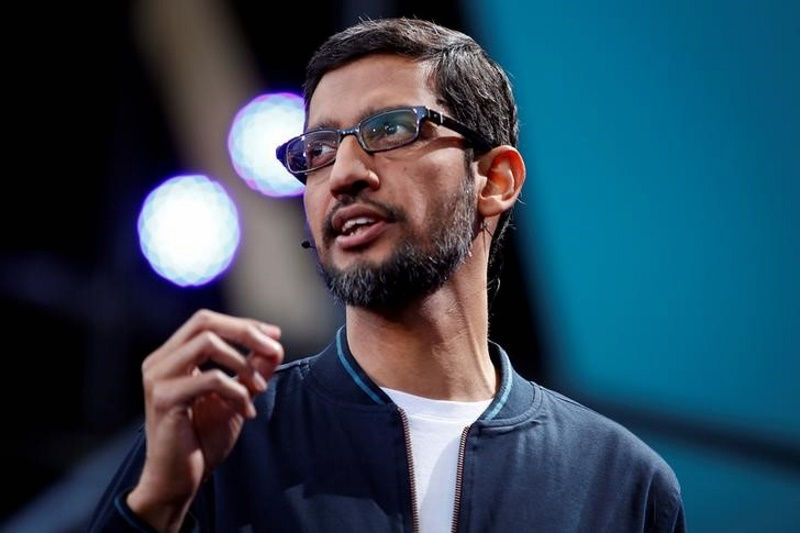 Pichai, a celebrated Indian American, apparently wanted to re-enter China so badly after Google walked out in 2010 because it didn’t want to censor search results, he made what is being called a Faustian bargain. Against better judgment and despite protests from within the company, the new project codenamed ‘Dragonfly’ has created a special app that will prevent any searches about human rights, democracy and religion in China.

In essence, Pichai is complicit in strengthening China’s Great Firewall instead of weakening it.

What Silicon Valley’s big guns do or don’t with China could make or break the comprehensive strategy the US Congress is talking about.

So far, the Trump administration has taken the following preliminary steps:

It’s a start but given the nature of the Trump administration and Trump’s own predilection for making policy via Twitter and then reversing, it will be a while before any results can be seen.

Dan Blumenthal, a former Defence Department official, suggested to the senators that the US should implement a coercive policy of its own against China. “China’s economy is more dependent on the US economy than vice versa,” he said.

Banning market access in accord with European countries and mounting information campaigns inside China to highlight “the corrupt patronage networks,” global armadas escorting fishing and oil exploration vessels and strengthening economic ties with Taiwan can all be done in relatively short time.

Another tool that seems to have been forgotten by both experts and lawmakers is shining the light on the massive Chinese “internment camps” for the Uighur Muslim minority which has recently come to light. Thousands are being “re-educated” to recite party propaganda and even forced to eat pork.

Chinese intellectual and scientific community is in ferment against Xi’s decision to remove the term limit on his own tenure and become president for life. A recent report said the Communist Party is now targeting the intellectuals who may not be “patriotic” enough with a new campaign.

It remains to be seen whether the Western toolbox is bigger and more powerful than the Chinese one.