Federal prosecutors have opened a murder investigation in the aftermath of the fifth death of the unprecedented storming. 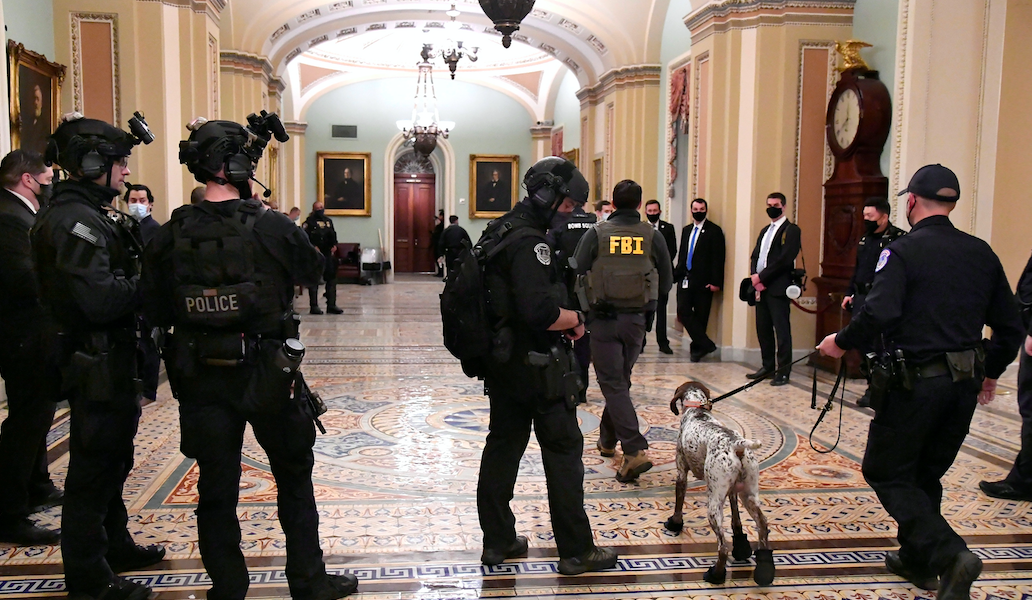 A heavy police force is evident at the Senate door after supporters of President Donald Trump breeched security at the U.S. Capitol, rioting through the Senate and House and disrupting the certification of President-elect Joe Biden, in Washington, U.S. January 6, 2021. Photo: Reuters/Mike Theiler

Washington: Federal prosecutors are opening a murder investigation after a US Capitol Police officer died Thursday in the aftermath of pro-Trump supporters’ invasion of Congress, CNN reported on Friday, citing a law enforcement official.

Representatives for the US Attorney’s Office in Washington could not immediately be reached to confirm the report. The Washington police department’s homicide division is investigating alongside federal law enforcement agencies, US Capitol Police said in a statement late Thursday.

The officer, Brian Sicknick, was the fifth person to die after Trump supporters rioted at the US Capitol on Wednesday. The Republican president had summoned them to Washington for a rally and urged them to fight as lawmakers were meeting to certify his election loss to Democrat Joe Biden. The deaths also included some rioters.

“The perpetrators of Officer Sicknick’s death must be brought to justice,” US House of Representatives Speaker Nancy Pelosi said in statement offering condolences to his family. She ordered flags at the Capitol to be lowered to half-staff in his honor. White House spokesman Judd Deer and House Republican Leader Kevin McCarthy also expressed condolences.

US Capitol Police said “Sicknick was responding to the riots … and was injured while physically engaging with protesters.”

Sicknick died on Thursday after being taken to a hospital following his collapse after he returned to his divisional office, the police said.

Sicknick, 40, suffered a stroke and was on life support before he died, a CBS News affiliate reported. He was a 15-year veteran of the force.

US Capitol Police Chief Steven Sund on Thursday said he would step down on January 16, four days before Biden’s inauguration.

Pelosi sought Sund’s resignation after the federal force charged with protecting Congress failed to keep Trump’s supporters outside the Capitol, sending lawmakers for cover as rioters smashed windows and looted the building.