The Joe Biden administration did not invite Cuba, Nicaragua and Venezuela to the Summit of the Americas because of their apparent lack of democracy. The same logic, however, did not extend to the Brazilian president.

The Joe Biden administration has justified its decision not to invite Cuba, Nicaragua and Venezuela to the Summit of the Americas held last week (June 6-10) in Los Angeles by saying that these three countries are ruled by undemocratic regimes. Fine. Democracy is desirable and noble.

But why did the Americans invite Jair Bolsonaro, who is an imminent and clear danger to Brazilian democracy? Are they not aware that the Brazilian president has made his admiration for military dictatorship and contempt for democracy publicly, eloquently and consistently on numerous occasions? He had glorified the army officer who had tortured Dilma Rouseff, the former Brazilian president.

“Elections won’t change anything in this country,” an angry Bolsonaro told an interviewer on the programme Câmara Aberta, broadcast by TV Band in 1999. “It will only change on the day that we break out in civil war here and do the job that the military regime didn’t do, killing 30,000 people. If we kill some innocent people that’s fine because in every war innocent people die.” Shouting at the interviewer, an intemperate Bolsonaro said that if he became president, he would dissolve Congress on his first day in office.

The Brazilian president’s admiration for military dictatorship extends beyond the borders of Brazil. During his visit to Chile, he praised Augusto Pinochet’s dictatorship, causing embarrassment to his hosts.

Bolsonaro had instigated mobs to protest against the judiciary and the Congress with anti-democratic slogans. He had refused to accept the defeat of Donald Trump for a long time. His senator son praised the right-wing hooligans who attacked the Capitol on January 6, commenting that the uprising could have succeeded if the protestors were better armed. The father and his fascist sons are threatening Washington DC-style attacks if Bolsonaro loses the coming October elections. They have been asking their supporters to buy arms and be prepared. To facilitate this, the Bolsonaro administration has loosened gun laws – as a result of which there is an explosive increase in civilian guns in the country.

Bolsonaro has politicised the armed forces and militarised the civilian government. He has included several thousand military officers at various levels of civilian government. He has done it to use those military officials to support him from within. This is evident from the way the defence minister Paulo Sergio Nogueira de Oliveira is openly challenging and attacking the authority of the Supreme Electoral Tribunal and is casting doubts on the e-voting system, although Bolsonaro himself was also elected by the same system. One of his politician sons made a threatening statement, saying that the Supreme Court could be closed “just with a soldier and a corporal”.

Bolsonaro has vitiated the democratic system, institutions and norms systematically. He is planning to do worse. He is a threat to Brazilian democracy. 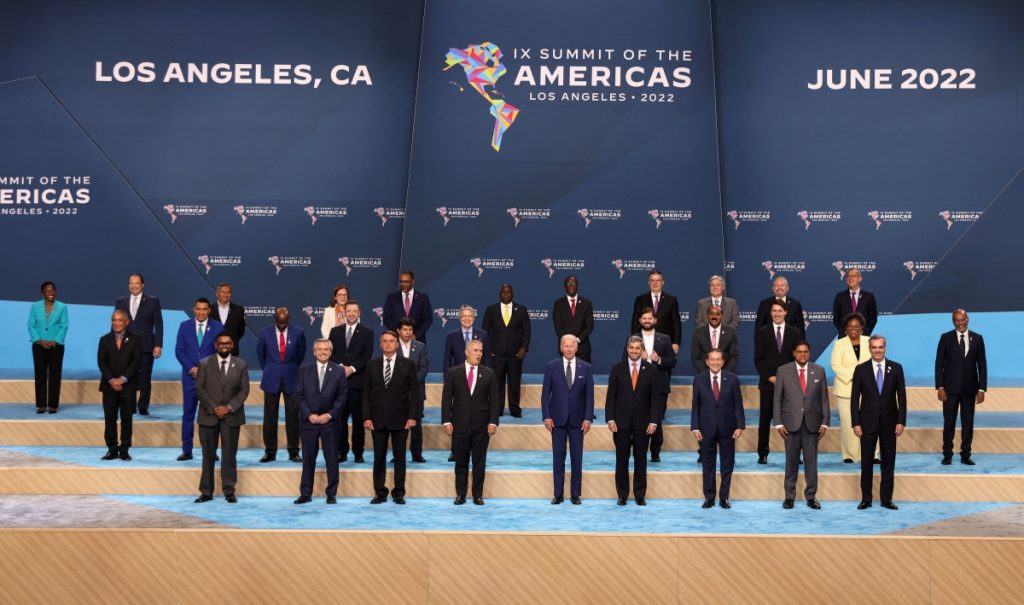 Heads of delegation pose for a family photo during the Ninth Summit of the Americas in Los Angeles, California, US, June 10, 2022. Photo: Reuters/Mike Blake

So if Cuba, Nicaragua and Venezuela were indeed not invited to the Summit of the Americas because of their lack of demomcracy, it is logical that the US should also not have invited Bolsonaro.

Therefore, the US’s decision to invite him may not be logical – but it does serve a purpose. That purpose has nothing to do with democracy or Brazil. The US wants to help Bolsonaro to defeat Lula da Silva, who they consider a threat to US interests.

When he was president, Lula challenged the hegemony of the US and the neoliberal policies imposed by the Washington Consensus in Latin America. He competed with the US for leadership in Latin America.

He worked with Hugo Chavez and Cristina Kirchner and killed the US initiative to form the Free Trade Area of the Americas (FTAA) at the Mar del Plata Summit of the Americas in 2005.

Lula tried to restore Manuel Zelaya to the Honduran presidency after he was overthrown in a coup supported by the US in 2009.

He took initiatives for regional integration of Latin America with the formation of the Community of Latin American and Caribbean States (CELAC) and the Union of South American Nations (UNASUR). These were aimed to give collective strength to the region through which the US domination was to be resisted.

Lula raised the regional and global profile of Brazil, working with others for a multipolar world and challenging the unilateralism of the US.

It is for this reason that American intelligence and spy agencies worked with Brazilian judge Sergio Moro in the Lava Jato corruption scandal and managed to put Lula in jail and prevented him from contesting in the last elections. Moro was rewarded by Bolsonaro, who made him justice minister.

In contrast, President Bolsonaro has single-handedly brought down the global and regional profile of Brazil through his isolationist policies and rhetoric. He has tarnished the image of Brazil and antagonised foreign leaders with his vulgar comments. He disrupted the process of regional integration and alienated fellow Latin American countries. His actions have seen many countries shun Brazil.

He has cut down the multilateral initiatives of the Brazilian foreign ministry and discarded the traditional South-South solidarity policies of the previous governments. He has forced the Brazilian diplomats to vote with the US on UN resolutions on which Brazil had voted against or abstained in the past. The Americans are immensely pleased with him. No one could have carried out the American agenda in Brazil better than Bolsonaro. So the Americans want Bolsonaro to win and Lula to lose. 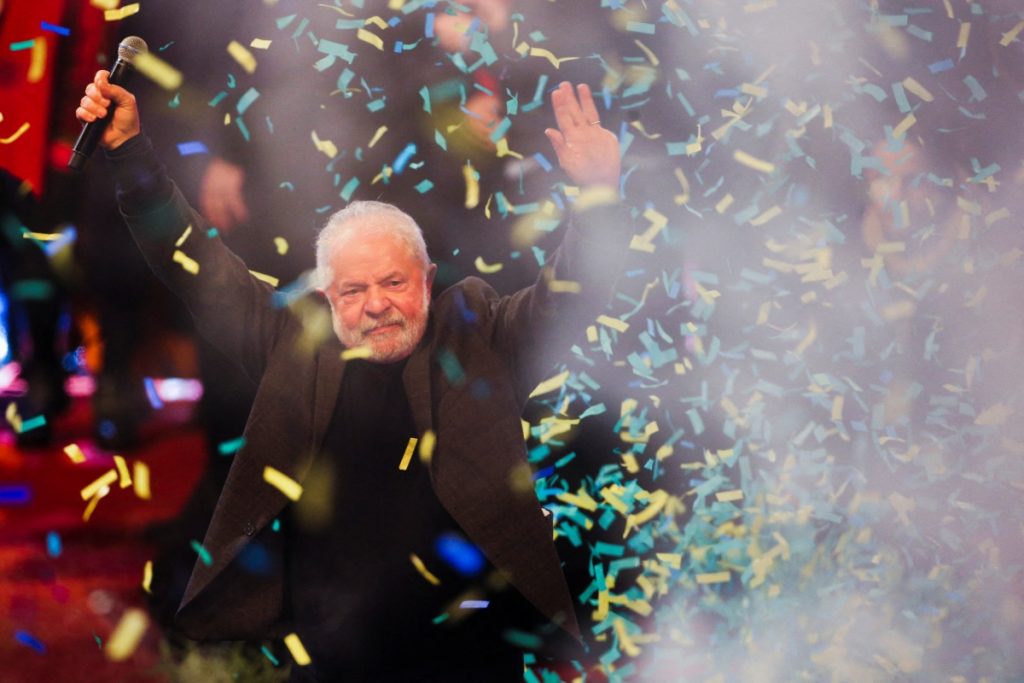 Bolsonaro is the first ever pro-American president of Brazil. During his 2019 visit to the US, he tweeted, “For the first time in a while, a pro-America Brazilian president arrives in DC.” He had made an unusual visit to the CIA headquarters. This was bizarre. No foreign president goes to the CIA office. According to diplomatic protocol, it should have been the CIA director who should have called on him and not the other way. After the visit, Eduardo Bolsonaro described the CIA as “one of the most respected intelligence agencies in the world,” in a tweet. In July 2021, the CIA chief visited Brasilia and held talks with Bolsonaro.

It seems that the Americans and the Bolsonaro clan have been cooking something. One does not need much imagination to know what dish they are preparing. The Latin Americans know from their past experience that the American cookbook only has recipes for coups, destabilisation of unfriendly democratic governments and support for military dictatorships.

According to media reports, during the Americas Summit, Bolsonaro had asked Biden for help to defeat Lula and mentioned that Lula is a “danger to US interests”. Bolsonaro portrayed himself as a protector of US interests in Brazil. Now we know why the Americans invited the undemocratic Bolsonaro and gave him a photo-op in Los Angeles with President Biden. They want to extend a hand to Bolsonaro to increase his poll ratings. Both Bolsonaro and the US have a common agenda: to defeat Lula. But Lula is leading in the opinion polls and is likely to win.