Several world powers have been talking about the need to ensure a free, open and thriving Indo-Pacific in the backdrop of China's rising military maneuvering. 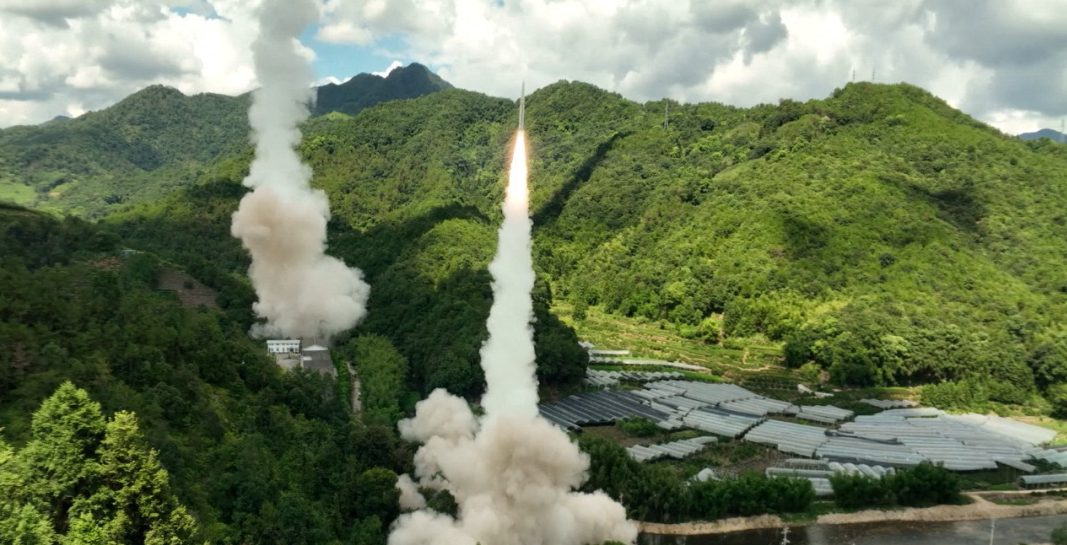 Washington: The United States, Australia and Japan have urged China to immediately cease its military exercises launched following US House Speaker Nancy Pelosi’s visit to Taipei, as they reaffirmed their commitment to maintaining peace and stability across the Taiwan Strait.

Pelosi, 82, was the highest-profile US official to visit Taiwan in 25 years. Pelosi’s visit on August 3 and her meetings with President Tsai Ing-wen and other leaders has infuriated China, which views the self-governed democratic island as its territory that should be reunified with the mainland, even by force.

China fired a barrage of ballistic missiles into the waters around Taiwan as it launched large-scale military exercises in response to her visit to Taipei.

A joint statement was issued by US Secretary of State Antony Blinken, Australian Foreign Minister Penny Wong, and Japanese Foreign Minister Hayashi Yoshimasa after their in-person meeting in Phnom Penh, the capital of Cambodia, on the margins of the 55th ASEAN Foreign Ministers’ Meeting.

Also Read: After Drills in Taiwan, China to Impose Sanctions on Nancy Pelosi Over Island Visit

The Secretary and the Foreign Ministers reaffirmed their commitment to maintaining peace and stability across the Taiwan Strait,” the statement said on August 6.

Sharing the region’s desire for diplomacy to avoid the risks of miscalculation, they expressed their concern about the People’s Republic of China’s (PRC) recent actions that gravely affect international peace and stability, including the use of large-scale military exercises.

They condemned the PRC’s launch of ballistic missiles, five of which the Japanese government reported landed in its exclusive economic zones, raising tension and destabilising the region. The Secretary and the Foreign Ministers urged the PRC to immediately cease the military exercises, said the joint statement.

“They appreciated ASEAN’s statement about the importance of deescalating tension in the Taiwan Strait,” according to the statement.

Southeast Asian countries on Thursday called for maximum restraint and urged the global community to avoid actions that could destabilise the region and eventually lead to miscalculation, serious confrontation, open conflicts, and unpredictable consequences among major powers.

The Secretary and the Foreign ministers reaffirmed their resolve in supporting ASEAN centrality, and the importance of the Pacific Islands Countries (PICs) as partners in the region, said the statement.

There is no change in the respective ‘one China’ policies, where applicable, and basic positions on Taiwan of Australia, Japan, or the United States, they said.

“The Secretary and the Foreign Ministers expressed their commitment to deepening the trilateral partnership among Australia, Japan, and the United States to advance a free and open Indo-Pacific region,” the statement said.

They highlighted that their partnership rests on the unshakable foundation of shared interests and values, including a commitment to freedom, rule of law, human rights, sovereignty and territorial integrity, peaceful settlement of disputes without resorting to threat or use of force, and freedom of navigation and overflight.

Several world powers have been talking about the need to ensure a free, open and thriving Indo-Pacific in the backdrop of China’s rising military maneuvering in the resource-rich region.

China claims nearly all of the disputed South China Sea, though Taiwan, the Philippines, Brunei, Malaysia and Vietnam all claim parts of it. Beijing has built artificial islands and military installations in the South China Sea. China also has territorial disputes with Japan in the East China Sea.

Meanwhile, Blinken, during a joint press availability with Philippine Secretary of Foreign Affairs Enrique Manalo, said maintaining peace and stability across the Taiwan Strait was vital, not just for Taiwan but for the Philippines and many other countries.

Since their missile launches, Beijing has taken an irresponsible step of a different kind: They’ve shut down eight different areas where our two countries have been able to work together, Blinken said.