The mandate requires an overhaul as it was initially aimed at implementing the Bonn agreement of 2001 that established the Afghan republic. A conference officer adjusts the microphone ahead of the Security Council meeting on the situation in Afghanistan. Photo: UN Photo/Manuel Elías

New Delhi: With countries taking a small step back on recognising the Taliban regime after the inauguration of an acting cabinet, the focus of major powers has shifted to the United Nations’ continued presence in Afghanistan, which would require a reconfiguration of its mandate and provide a barometer of the Taliban’s intentions.

On September 17, the mandate of the United Nations Assistance Mission in Afghanistan (UNAMA) runs out.

The mandate requires an overhaul as it was initially aimed at implementing the Bonn agreement of 2001 that established the Afghan republic.

Since there are differences between UNSC members on how deeply the Taliban should be trusted right now, the negotiations are more likely to lead to a rollover of the current mandate for a short period – which is one of the options being considered.

Since the fall of Kabul, UNAMA staff have been relocated temporarily to the Kazakh city of Almaty. Earlier last week, veteran UN diplomat and a former UN special envoy for Afghanistan, Lakhdar Brahimi, advised the Security Council to postpone modifying the mandate for the UN’s role in the new Afghanistan.

“Circumstances in Afghanistan being what they are at present, UNAMA is needed more now than ever before. The Council should perhaps now limit its action to a technical rollover of a sufficiently long period – let us say six months, for example – and take time to prepare the strong mandate UNAMA will need in the coming new phase,” he said.

Brahimi, who had been UN special envoy during the four initial years of the Afghan republic, shared his assessment as part of a UNSC briefing with The Elders, a non-government organisation of former world leaders founded by Nelson Mandela.

He listed the key items of the mandate of the UN in Afghanistan as being the “protection of the fundamental rights of all Afghans, especially the most vulnerable, namely, women and girls, the internally displaced, ethnic and religious minorities and human rights defenders, inter alia”.

Underlining the complexity of the issue, he said that the UN would need to “establish a system of cooperation with national and local authorities which, at present, means the Taliban”. This would require the Council’s backing.

The UN has already issued a flash appeal of $606 million for the four remaining months of 2021, ahead of the fundraising conference on Afghanistan convened by UN Secretary-General Antonio Guterres on September 13 in Geneva.

As per an appraisal released by UNDP on September 9, the continuing political and economic volatility could risk 97% of Afghanistan’s population sinking below the poverty line. 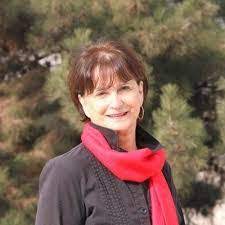 Addressing the Council at the special session, UN special representative Deborah Lyons said that extending help for Afghans in need could not wait for nations to first sort out legal issues over sanctions.

“There are in addition countries that have their own sanctions that apply to certain members or groups that are now part of the de facto authority. Relevant mechanisms must be found quickly to allow for the United Nations organisations and NGOs to provide the necessary humanitarian relief,” she stated.

Lyons said that Taliban leaders have conveyed in initial engagements with UN officials that “they need and want international assistance”.

“They have complained that the widespread corruption of previous government officials left many parts of the country without assistance and squandered the generosity of the international community. But they themselves risk squandering the potential generosity of the international community if they govern against the explicit interests and rights of their own people”.

She also pointed out that the liquidity crisis in Afghanistan had to be addressed at the earliest, pointing out that billions of assets and donor funds had been frozen by members of the international community. “Safeguards must be created to ensure that this money is spent where it needs to be spent, and not misused by the de facto authorities. The economy must be allowed to breathe for a few more months, giving the Taliban a chance to demonstrate flexibility and a genuine will to do things differently this time, notably from a human rights, gender, and counter-terrorism perspective,” proposed Lyons.

Both China and Russia batted publicly in the Council proceedings to unfreeze Afghanistan’s assets and engage with the Taliban. “One of the major causes for the current economic difficulties in Afghanistan is the freezing of Afghan overseas assets. These assets belong to Afghanistan and should be used for Afghanistan, not as leverage for threat or restraints,” said Chinese envoy Geng Shuang. Afghans line up outside a bank to take out their money after Taliban takeover in Kabul, Afghanistan September 1, 2021. Photo: Reuters/Stringer

Indicating that getting a new UNAMA mandate would take some time, Shuang also added that China looks forward to “thorough studies and in-depth discussions with other Council members in order to come up with proper arrangements for the next phase of the UN presence in Afghanistan”.

All the statements from the P-5 countries also strongly supported the presence of the UN in Afghanistan with security guarantees, upholding the rights of women, inclusivity in the Afghan government and combatting terrorism, though the nuances are slightly different.

Russia’s Vassily Nebenzia stated he was worried about “militants infiltrating the region, i.a. disguised as refugees”.

Since it was an open debate, there was participation from non-UNSC members. There were statements from Afghanistan’s UN representative and envoys of regional players like Pakistan, Turkey, Kazakhstan, and Iran. Pakistani Nobel laureate Malala Yousafzai and Afghan women’s rights activist Wazhma Frog made emotional submissions to the Council to ensure that the gains made by Afghan women are not eroded. Malala Yousafzai (on screen), Co-founder and Board Chair of the Malala Fund, addresses the Security Council meeting on the situation in Afghanistan. Photo: UN Photo/Manuel Elías

Only Afghanistan’s UN envoy had been invited to speak in several UNSC meetings on the war-ravaged country under India’s presidency. Pakistan had claimed Indian bias for not being allowed to participate in the meetings, while India had claimed that it was a decision born out of consensus.

While some observers noted that India’s statement at the UNSC mentioned the Taliban by name, diplomatic sources insisted that it wasn’t a significant change as the group was also referred to in connection with resolution 2593.

To mark 20 years of the 9/11 attack, the US envoy to the UN, Linda Thomas-Greenfield, led her Council colleagues to the memorial and museum at Ground Zero.

A UNSC press statement stated that the “members of the members of the Security Council are as united today as they were 20 years ago in their commitment to prevent and counter terrorism, in all its forms and wherever it occurs, consistent with international law”.

The 9/11 attacks led to a dramatic change in United Nation’s collective response to counter-terrorism.

A day after the attack, UN Security Council based resolution 1368, which for the first time invoked the right to self defence against a terrorist attack under Article 51 of the UN charter. This had given legal cover for the US’s subsequent invasion of Afghanistan.

After that, resolution 1373, approved on September 28, 2001, imposed binding obligations on states to take specific steps to combat terrorism and established a monitoring mechanism for its implementation. Earlier in 1999, the Security Council’s sanctions regime designated through resolution 1267 focused on Al-Qaeda terrorists based in Afghanistan, which started to target terror operatives worldwide.

Incidentally, the European Court of Justice had stated that the UNSC listing mechanism for individuals violated fundamental human rights as there was no recourse. This led the UNSC to establish an ombudsperson to look into appeals for delisting in 2009.

In July 2011, the consolidated Al-Qaeda and Taliban sanctions list was split up. Then US envoy to UN Susan Rice stated that it was “a clear message to the Taliban that there is a future for those who separate from Al Qaida, renounce violence and abide by the Afghan constitution.”.

The February 2020 Doha agreement between the United States and Taliban had enshrined the condition that the insurgent group had to drop all links with Al-Qaeda.

This was also the fundamental argument used by US President Joe Biden to defend the shambolic withdrawal of US troops from Afghanistan. “What interest do we have in Afghanistan at this point, with al Qaeda gone?” Biden said on August 20.

As mentioned earlier, Security Council will have to vote on a draft resolution on renewing the mandate for UNAMA on September 17. The Council also has to take action on the mandate renewal of the UN Investigative Team to Promote Accountability for Crimes Committed by Da’esh/ISIL (UNITAD) and UN Support Mission for Libya (UNSMIL).

This week’s other likely outcome could be the framing of benchmarks to lift sanctions related to Darfur. There are scheduled open and closed consultations among UNSC members on Sudan, South Sudan and Syria.