The embargo is due to expire in October under a 2015 deal among Iran, Russia, China, Germany, Britain, France and the US that prevents Tehran from developing nuclear weapons in return for sanctions relief. 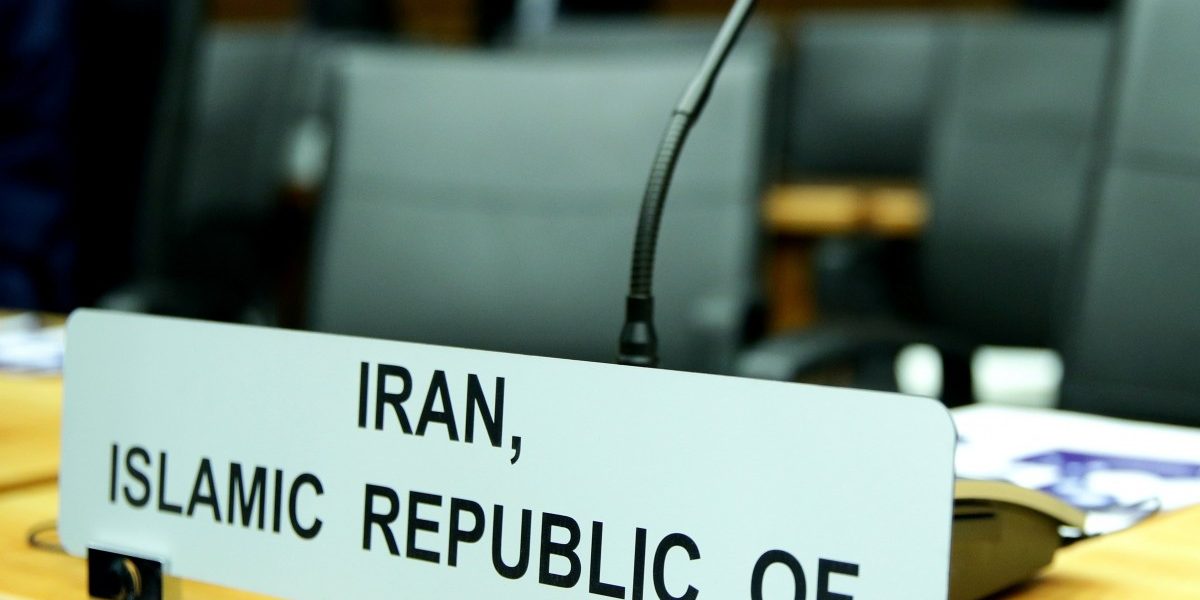 FILE PHOTO: A sign marks the seat of Iran's ambassador to the International Atomic Energy Agency ahead of a board of governors meeting at the IAEA headquarters in Vienna, Austria on March 9, 2020. Photo: Reuters/Lisi Niesner

New York: The UN Security Council (UNSC) is preparing to vote this week on a US proposal to extend an arms embargo on Iran, a move that some diplomats say is bound to fail and put the fate of a nuclear deal between Tehran and world powers further at risk.

A last-minute attempt by Britain, France and Germany to broker a compromise with Russia and China on an arms embargo extension appeared unsuccessful so far, diplomats said. Russia and China, allies of Iran, have long-signalled opposition to the US measure.

A Chinese diplomat at the United Nations, speaking on condition of anonymity, said that “extending the arms embargo on Iran, in whatever form, lacks legal basis and will undermine efforts to preserve” the nuclear deal, adding that there is “no chance” the U.S. text will be adopted.

US ambassador to the UN Kelly Craft said Russia and China wanted to benefit from the end of the arms embargo. “Russia and China are waiting to be able to sell arms to Iran,” Craft told Fox News.

The embargo is due to expire in October under a 2015 deal among Iran, Russia, China, Germany, Britain, France and the US that prevents Tehran from developing nuclear weapons in return for sanctions relief.

Even though US President Donald Trump’s administration quit the accord in 2018 – with Trump dubbing it “the worst deal ever” – Washington has threatened to use a provision in the agreement to trigger a return of all UN sanctions on Iran if the Security Council does not extend the arms embargo indefinitely.

Renewed sanctions – a move known as snapback – would likely kill the nuclear deal because Iran would lose a major incentive for limiting its nuclear activities. Iran has already breached parts of the nuclear deal in response to the US withdrawal from the pact and Washington’s imposing strong unilateral sanctions.

“This US administration’s goal is to terminate the Iran nuclear deal,” said a European diplomat, speaking on condition of anonymity.

US special representative for Iran Brian Hook alluded to the United States wanting to reimpose all UN sanctions when he said last week, “We need to restore the UN Security Council standard of no enrichment.”

A snapback of UN sanctions would require Iran to suspend all enrichment-related and reprocessing activities, including research and development, and ban imports of anything that could contribute to those activities or to the development of nuclear weapon delivery systems.

It would reimpose the arms embargo, ban Iran from developing ballistic missiles capable of delivering nuclear weapons and reimpose targeted sanctions on dozens of individuals and entities. States would also be urged to inspect shipments to and from Iran and authorised to seize any banned cargo.

Richard Gowan, UN director for conflict prevention advocacy body the International Crisis Group, said there was “zero chance” the US attempt to extend the arms embargo would be adopted and that it was “a ploy to get to snapback.”

The council is operating virtually so, once a vote is called, the 15 members would have 24 hours to submit their decision and the result would be announced at a public meeting, but diplomats say there is little support for the current US text.

The draft resolution needs at least nine votes in favour to force Russia and China to use their vetoes, but some diplomats question whether Washington can even secure those nine votes.

“Everyone at the UN understands that this resolution is just the curtain-raiser for a much bigger fight over the Iranian nuclear deal,” said Gowan.

Washington argues it can trigger the sanctions because a Security Council resolution enshrining the nuclear deal names it as a participant. But the remaining parties to the agreement are opposed to such a move, and diplomats say the United States would face a tough, messy battle.

“It’s highly likely … a number of countries will be saying they have no intention of implementing further sanctions until the UN Security Council decides whether or not snapback has been carried out legally,” said a senior council diplomat, speaking on condition of anonymity.

“I don’t see how the council can decide that given the divisions that will be within it,” the diplomat said. “I don’t see any rush to re-establish sanctions regimes therefore around the world.”