In the press statement, the Security Council members condemned in the strongest terms all attacks and provocations against MONUSCO and underlined that deliberate attacks targeting peacekeepers may constitute war crimes under international law. 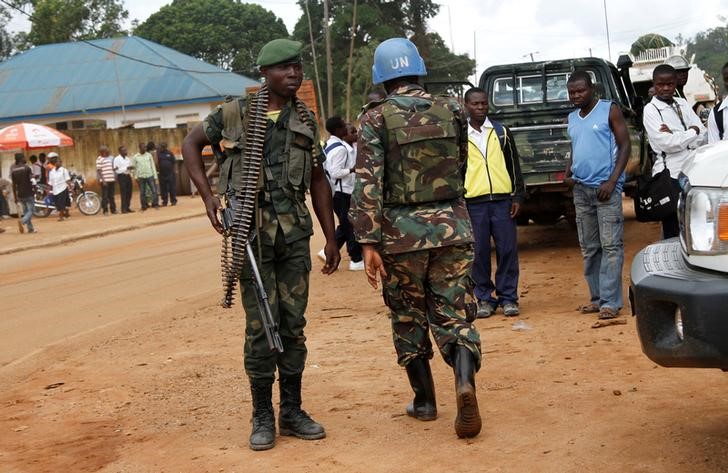 United Nations: The United Nations Security Council (UNSC) has strongly condemned the attack on the UN mission in Congo in which two peacekeepers from India and one person from Morocco were killed, urging the Congolese authorities to swiftly investigate the assault and bring the perpetrators to justice.

In a press statement, tabled by India and France, the powerful 15-nation Council expressed its deepest condolences to the families of the victims and to India and Morocco.

The council also expressed its condolences to the United Nations and the civilians who lost their lives, besides wishing a speedy recovery to peacekeepers and civilians injured in the July 26 attack in Butembo, North Kivu province.

“The members of the Security Council strongly condemned the recent attacks on the United Nations Organisation Stabilisation Mission in the Democratic Republic of the Congo (MONUSCO) in North Kivu, which resulted in the death of three peacekeepers from India and Morocco, as well as in injuries to peacekeepers, said the statement issued on Wednesday, July 27.

India, currently a non-permanent member of the Council and among the largest troop contributing country to the UN peacekeeping missions, played a very active role in bringing Council members together and ensuring that a strong-worded statement goes out that condemns the attack on peacekeepers, sources said.

UN Secretary-General Antonio Guterres has also strongly condemned the July 26 fatal attack and expressed his deepest condolences to the families of the fallen peacekeepers, as well as to the governments and the people of India and Morocco.

At the MONUSCO Butembo base, violent attackers snatched weapons from Congolese police and fired upon the uniformed personnel. MONUSCO’s Acting Head Khassim Diagne told reporters from Kinshasa that the past two days have been intensive and tragic for the mission.

“The culmination of the violence and the tragedy resulted in the killing of three of our brave peacekeepers, two Indians of the Formed Police Unit and one Moroccan from the military contingent and another Egyptian colleague from the police also wounded,” he said.

“We once again express our deepest condolences to the families and the government of India and Morocco. And we will not leave any stone unturned to get to the bottom of it, to the investigation. This was clearly a hostile act against our troops. This may be a war crime,” he said.

Diagne added that the mortal remains of the fallen peacekeepers have been transferred now to the northeastern city of Beni.

“We’re looking at arrangements for these remains to go back quickly to their families in India and Morocco,” Diagne said.

In the press statement, the Security Council members condemned in the strongest terms all attacks and provocations against MONUSCO and underlined that deliberate attacks targeting peacekeepers may constitute war crimes under international law.

They called on the Congolese authorities to swiftly investigate these attacks and bring the perpetrators to justice, and keep the relevant troop-and police-contributing countries informed of the progress consistent with relevant Security Council resolutions.

They requested the Secretary-General for an update consistent with para 4(a) of Security Council resolution 2589 (2021) on measures undertaken to promote accountability for such acts.

It also recognises the need to enhance support to help these countries address impunity.

As of November 2021, India was the second-highest military contributor to MONUSCO with 1888 troops and the fifth highest police contributor with 139 personnel. The mission has a total of over 17,700 personnel.

The members of the Security Council called for calm and dialogue in order to resolve the current tensions and to ensure the protection of civilians. They encouraged further efforts of the Congolese Government to restore law and order as well as to conduct investigations into the underlying causes of the current tensions and to ensure accountability, the statement said.

The Council members called on all parties to cooperate fully with MONUSCO and to remain committed to the full and objective implementation of the Mission’s mandate and under the Status of Forces Agreement with MONUSCO.

The members of the Security Council reaffirmed their strong commitment to the sovereignty, independence, unity and territorial integrity of Congo.

They reiterated their full support to the Special Representative of the Secretary-General, Bintou Keita, and for the stabilising action of MONUSCO, in line with the basic principles of peacekeeping, including consent of the parties, and its mandate and expressed their deep appreciation to MONUSCO’s troop- and police-contributing countries.