Despite Abstaining in UN Vote on Palestine, US Policy Towards Israel Remains Partisan

Overall, the impact of UNSC resolution 2334 condemning Israel's occupation is likely to be greater than it would have been if Tel Aviv had not reacted so petulantly. 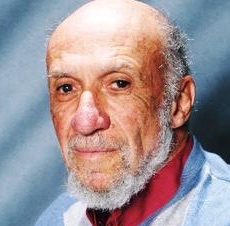 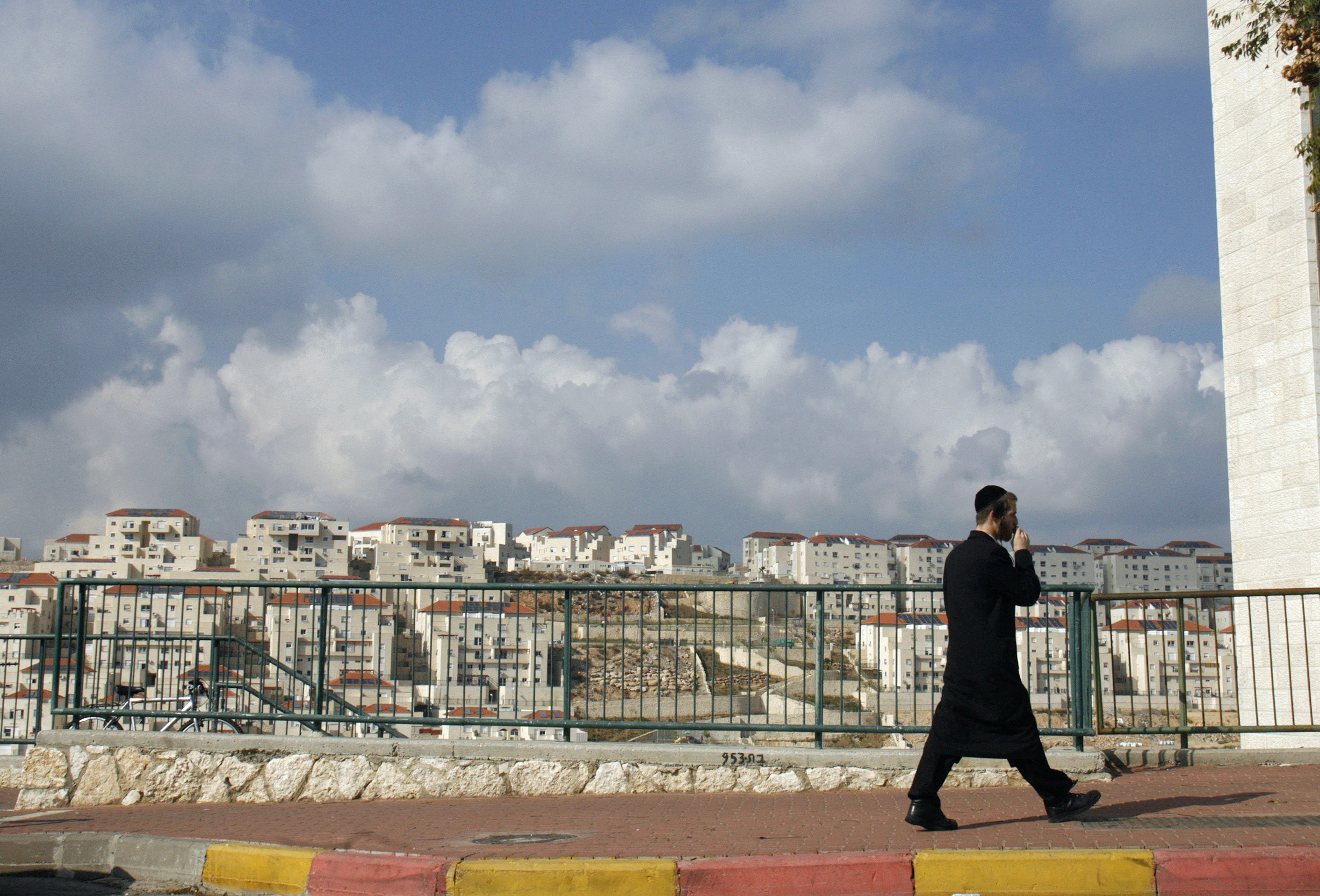 On December 23, 2016, the UN Security Council (UNSC), by a 14-0 vote, adopted Resolution 2334 condemning Israeli settlement expansion; notably the US refrained from voting. It was treated as big news in the West because the Obama presidency had finally, in its last weeks in office, refused to use its veto to protect Israel from UN censure.

Especially in the US, the media focused on the meaning of this diplomatic move, wondering aloud whether it was motivated by President Barack Obama’s lingering anger over Israeli President Benjamin Netanyahu’s attempt to torpedo Obama’s efforts to reach an agreement with Iran in 2014 on its nuclear programme, or meant to challenge the incoming Trump leadership to deal responsibly with the unresolved Israel-Palestine conflict and mount criticism of US president-elect Donald Trump’s reckless pledge to move the US embassy to Jerusalem and side openly with extremist Israeli leadership in the years ahead.

The likely lasting importance of the resolution is the evidence of a strong international consensus embodied in the 14-0 vote, with only the US abstention preventing unanimity.

Bringing together China, Russia, France and the UK on an initiative tabled by Senegal, Malaysia and Venezuela is sending Israel and the US the message that despite the adverse developments in the Middle East in recent years, the world has not forgotten the Palestinians or their struggle. It is also significant that the resolution calls upon the new UN secretary general to report back to the UNSC every three months on implementation progress and explicitly keeps the council seized of the issue. Such provisions reinforce the impression that the unresolved Israel-Palestine conflict will remain on the UN’s policy agenda in the months ahead, which is itself extremely irritating to Israel.

It is widely agreed that 2334 is largely symbolic, which is a way of saying that nothing on the ground in occupied Palestine is expected to change, even with respect to Israeli settlement policy, from the passage of this resolution. Israel responded to the resolution even more defiantly than anticipated, partly because this challenge to its policies, although symbolic, was more threatening than a mere gesture of disapproval. This reaction seemed principally influenced by the US failure to follow its normal practice of shielding Israel by casting its veto. It also complements the growing civil society challenge posed by the Boycott, Divestment, and Sanctions Campaign (BDS), which has been gaining traction in recent years, particularly in Europe and North America.

In effect, resolution 2334 may be the beginning of a new stage of the legitimacy war that the Palestinian people and their supporters have been waging in recent years in opposition to Israeli policies and practices, not only in the West Bank and East Jerusalem but also in Gaza and on the world stage. If Trump follows through on his provocative pledge to move the US embassy to Jerusalem, it is likely to intensify offsetting efforts to induce the UN to exert greater pressure on Israel to address Palestinian grievances in an accommodating manner.

A few days after the UN vote, the motivation for the US’s change of tactics was clarified by secretary of state John Kerry. He mainly connected 2334 with the US effort to save the two-state solution from collapsing. Kerry insisted that the two-state solution could still be salvaged, although he acknowledged that it was being put in increasing jeopardy by the steady expansion of Israeli settlements, which he acknowledged as seeming to signal Israel’s ambition to impose a one-state outcome on the Palestinians.

Kerry articulated the widely held belief that the formal annexation of occupied Palestinian territories would force Israel to choose to be either ‘Jewish’ or ‘democratic.’ It could not be both if the five million or so Palestinians living under occupation were added to the 1.7 million Palestinian minority in pre-1967 Israel. At such a point, Israel would either have to grant all Palestinians full citizenship rights, and no longer be Jewish, or withhold these rights and cease any further pretence of being democratic. Significantly, Kerry refrained from saying that such a solution would violate basic Palestinian rights or antagonise the UN to such a degree that sanctions would be imposed on Israel.

Rather his appraisal was detached from law and morality, appealing instead to Israel’s own supposed national goals and values.

Considered more carefully, it is probably not surprising that 2334 is somewhat more critical of Israel than the Kerry speech, although it is not ‘anti-Israeli’ as the mainstream Western media would have us believe.

Resolution 2334 condemns not only recent settlement expansion moves but declares in its first operative clause that all of the settlements established by Israel since 1967 in occupied Palestine, including those in East Jerusalem, have “no legal validity and constitute a flagrant violation under international law”. Deep in his speech, almost as an aside, Kerry acknowledged the wider illegality of the settlements, but simultaneously reassures Israel that it is expected, via land exchanges, that Israel will get to keep its largest settlements if future peace diplomacy does lead to the establishment of an independent and sovereign Palestine. In effect, the fact that the largest settlements built on the best land in the West Bank were flagrantly unlawful from the time established is treated as essentially irrelevant.

Even more telling, resolution 2334, while affirming the international consensus supportive of a two-state solution, does not go on to give any indication of what that might mean if transformed into political reality. Kerry outlines the US’s vision of such a solution with ideas that make the plan unacceptable to Palestinians even if we make the huge, and unwarranted, assumptions that Israel might become genuinely receptive and that its government would agree to substantially dismantle the settlement archipelago.

Where the US errs

For instance, Kerry prefigures Washington’s view of a two-state solution by presupposing that if any Palestinian state is ever established it would be entirely demilitarised while Israel would retain unlimited options to remain as militarised as it wished despite the incorporation of the 2002 Arab Peace Initiative that looks toward demilitarised regional security cooperation by the entire Arab world with Israel as well as full normalisation of economic and cultural relations.

Even if in the course of negotiations, the Palestinian authority agreed to accept this fundamental inequality in the sovereign rights of the two states, it is doubtful that the Palestinian people would accept such a humiliating and compromised status over time. In effect, the Kerry outline of peace expresses a disguised commitment to continued pro-Israel partisanship and is less a formula for a sustainable peace between these two peoples than it is an unwitting setting of the stage for an indefinite continuation of the conflict under altered conditions.

Similar partisan features undermine the credibility of other aspects of  Kerry’s advocacy of how best to proceed. While recognising the importance of the refugee issue, Kerry calls for some kind of solution that allows Palestinian refugees to receive monetary compensation and the right to return to the state of Palestine, but not to their homes or village if located in present day Israel. And nowhere is Israel’s unlimited right of return available to Jews worldwide, however slight their connection with Israel or Judaism might be, questioned.

Kerry went out of his way in the speech to demonstrate that the US abstention in relation to 2334 was in no way intended to rupture the special relationship between Israel and the US. In this vein, Kerry pointed to the fact that the Obama administration had been more generous than its predecessors in bestowing military assistance upon Israel and had over its eight years protected Israel on numerous occasions from hostile initiatives undertaken at various UN venues. His point being that Israel’s defiance on settlements made it politically awkward for the US to be an effective supporter of Israel and created tension between its preferred pro-Israeli posture and the more pragmatic pursuit of national interests throughout the Middle East.

Wider impact of the resolution

Despite this friction between Washington and Tel Aviv, the US was the only member of the UNSC to refrain from supporting the resolution, limiting its departure from Israel’s expectations by refusing to block 2334, although it apparently toned down the criticism by threatening to use its veto if the language used was not ‘balanced.’

In his speech, Kerry went out of his way to celebrate the recently deceased former Israeli president Shimon Peres as a heroic peace warrior, which amounted to a not-so-subtle dig at Netanyahu. Kerry quoted approvingly Peres’ self-satisfied assertion that 78% of historic Palestine should be enough for Israel, which Peres was comparing to the excessive demands for even more land by the settler one-staters. Of course, 78% gives Israel much more than the 55% it was awarded in 1947 by UN General Assembly resolution 181. At the time, the entire Arab world and Palestinian representatives rejected this UN proposal as unacceptable despite being given 45% – or more than double the Palestinian territory after Israeli withdrawal from land occupied since the 1967 war. Beyond this, Kerry’s inclusion of land swaps as integral to his version of the two-state solution would result in further encroachments on territory left to the Palestinians, a result obscured to some extent by giving Palestine uninhabitable desert acreage as a dubious equivalent for the prime agricultural land on which the unlawful Israeli settlements are built. At best, territorial equality would be achieved quantitatively, but certainly not qualitatively, which is what counts.

Overall, the impact of resolution 2334 is likely to be greater than it would have been if Israel had not reacted so petulantly. Even if Trump reverses the US’s critical approach to further Israeli settlement expansion, the UN has been reawakened to its long lapsed responsibility to find a peaceful solution for the conflict and end the Palestinian ordeal that has gone on for an entire century since Lord Alfred Balfour gave a British colonial green light to the Zionist project to establish a Jewish homeland in historic Palestine. As well, civil society activists that have thrown their support to the BDS campaign and governments critical of Israel’s behaviour are likely to feel encouraged by this expression of virtual unity within the most important organ of the UN system.

Of course, there have been many resolutions critical of Israel in the past and nothing has happened. The harsh occupation persists unabated, the dynamics of annexation move steadily forward, and the Palestinian tragedy goes on and on. Despite this inter-governmental step at the UN, it still seems that the Palestinian fate will be primarily determined by people, above all by various forms of Palestinian resistance and secondarily by the extent of global solidarity pressures. Whether resistance and solidarity on behalf of justice is sufficient to offset the iron fist of geopolitics and state power, only the future can disclose.