UN’s Upcoming Summits May Foreshadow a Revival of Multilateralism

The meetings are being viewed primarily as an attempt at reviving multilateral diplomacy at a time when a rash of hard-right nationalist leaders are abandoning international treaties and undermining multilateralism. 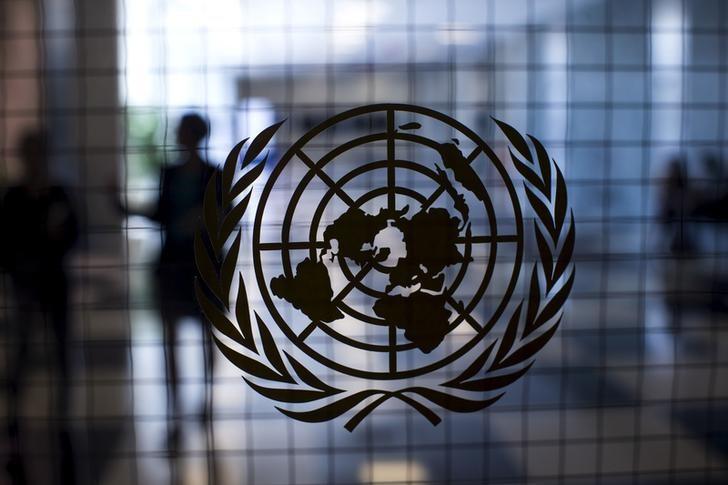 United Nations: The United Nations will be hosting six high level plenary meetings – unprecedented even by its own standards – during the beginning of the 74th session of the General Assembly in late September.

The meetings are being viewed primarily as an attempt at reviving multilateral diplomacy at a time when a rash of hard-right nationalist leaders, including US President Donald Trump, Brazilian President Jair Bolsonaro, President Rodrigo Duterte of the Philippines and Prime Minister Viktor Orban of Hungary, are either rooting for authoritarianism, abandoning international treaties or undermining multilateralism – not necessarily in that order.

Regrettably, they are joined by a fistful of other demagogic leaders both from the North and the South, including from Russia, Italy, Myanmar, Egypt, Saudi Arabia, Poland and Turkey – among others.

The United Nations is expecting over 180 world leaders, including foreign ministers and high-ranking government officials, to participate in the six-day mega event.

As one delegate puts it: “It is either a resurrection of multilateralism or a prelude to an obituary for international order”.

Speaking to reporters last month, UN Secretary-General Antonio Guterres warned that multilateralism is under attack from many different directions precisely “when we need it most”. 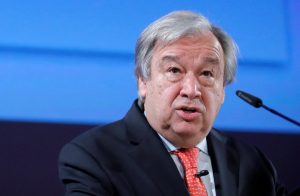 United Nations Secretary-General Antonio Guterres delivers a speech on disarmament and denuclearisation at the University of Geneva in Geneva, Switzerland, May 24, 2018. Photo: Reuters/Denis Balibouse

On the upcoming six summits, Guterres warned “the people of the world do not want half measures or empty promises. They are demanding transformative change that is fair and sustainable.”

But will the talk-fest produce concrete results or end up being another political exercise in futility?

In an interview with IPS, Jayantha Dhanapala, a former Sri Lankan Ambassador and UN Under-Secretary-General for Disarmament Affairs, said: “As we survey the graveyard of multilateral security, environmental and economic agreements underpinning the mutually beneficial liberal order, fires burn 20% of the lungs of the world in the Amazon and even the Arctic has its tundra burning.”

“And the numbers of refugees fleeing violence and persecution are the highest in recorded history.”

With the unrivalled super-power under the quixotic leadership of Donald Trump, even developing countries like the Philippines, Brazil and others have abandoned global norms, Dhanapala told IPS.

“A rule based international order is collapsing before our eyes and Britain is on the brink of a messy Brexit while trade wars ruin Sino-US trade and drive the world towards a ruinous recession and the end of sustainable development.”

Martin S. Edwards, Associate Professor and Chair, School of Diplomacy and International Relations at Seton Hall University told IPS: “I think you’re right that the depth and breadth of the work that the UN is launching is more than just symbolic.”

With Bolsonaro set to address the General Assembly right before President Trump (on September 24), their comments will mirror each other, and will be in stark contrast to many of the other delegates, he added.

But the important thing, he pointed out, is that there’s needed substance here.

“The US might well sit out the Climate Action Summit, and that’s fine. The work of the UN and the member countries will go on without it”.

As for the Sustainable Development Goals (SDGs), he said, this is a signature UN initiative that needs more attention and focus.

“The world is not on track to reach many of these goals, and without greater commitment by member governments, they are not likely to be met by 2030. With the US disengaged from many of these discussions, it falls to the Secretary General to recommit leaders to these goals,” Edwards noted.

James Paul, a former executive director of the New York-based Global Policy Forum, told IPS “This is a time of great international uncertainty and instability. What does this mean for the UN as a cluster of high-profile meetings approaches? And what can we expect from these events?”

“My sense is this: nationalistic enthusiasm is now waning at the popular level and posturing leaders are under increasing pressure from below to deliver more than rhetoric. So multilateral diplomacy may be headed for a much-needed revival, with a stronger and more egalitarian agenda coming to the fore.”

“As we have seen at the recent G-7 meeting in Biarritz, leaders are changing course and opting for more cooperation, though still far less than what is required. Above all, the environmental crisis is serving to mobilise public attention and energised youth are insisting that their voices be heard,” said Paul, author of the recently-released book titled “Of Foxes and Chickens: Oligarchy and Global Power in the UN Security Council”.

Greta Thunberg, the dynamic young Swedish activist, he said, will be at the UN climate meeting to dramatise the need for common action and to symbolise the essential role that the UN can play.

Will the leaders act with the seriousness and determination that she demands? It may be, as climate activists rightly say, our last chance. No politician will be excused for inaction in such a dramatic circumstance.

The UN has much to offer at this moment in history, Paul declared. 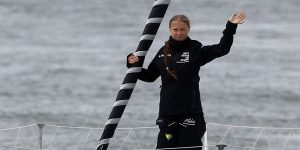 Greta Thunberg, 16-year-old climate activist from Sweden, sails into New York Harbor flanked by a fleet of 17 sailboats representing each of the Sustainable Development Goals on their sails. She embarked on a trans-Atlantic voyage on August 14 from Plymouth. Photo: Reuters

Dhanapala told IPS a gloomy future lies ahead unless a new leadership replaces the present.

The UN, he argued, has lost its moral influence and not even the upcoming ritualistic General Assembly gathering of heads of state can salvage sensible limits on nuclear weapons, conventional weapons and a new generation of Lethal Autonomous Weapons or robotic weapons while negotiating an end to regional wars.

Next year, in 2020, he said, the UN will observe its 75th anniversary when a new chapter rededicating this unique global body to the ideals of the Charter opens.

“New stringent agreements must be negotiated at the planned gatherings without the charade of rearranging the deck chairs on a sinking Titanic. The UN has the creative minds to do this. Can its member states summon the political will to do so?,” he asked.

Edwards said one other thing that is important to underscore is that these upcoming meetings will be a real credit to Secretary General Guterres’ quiet leadership style.

He has responded to the President’s call for a more minimal multilateralism by going big, but doing so without the bombast that is a hallmark of the Trump administration.

So, this might be an interesting inflection point. The world has proven with climate that it can move forward without the US. The question is how much this happens in other areas moving forward?, he asked.

“I like the attention on Financing for Development (FfD), but that meeting is probably not going to be a successful as developing countries raise the issue of G20 broken promises on foreign aid, and G20 countries are too cheap to admit it,” he declared.