The US Has Again Put Latin America's Sovereignty Under Threat

Donald Trump's 'humanitarian warfare' in Venezuela is part of a long list of US invasions and interventions to interrupt democratic political processes in Latin America.

What do Dwight Eisenhower, Lyndon Johnson and Richard Nixon have in common? The three of them, being presidents of the United States, organised campaigns to overthrow democratically elected governments in Latin American countries. In the case of Eisenhower, he organised an invasion against Jacobo Arbenz in Guatemala in 1954. Johnson sent troops to the Dominican Republic to overthrow Juan Bosch in 1965. Nixon and his National Security Adviser, Henry Kissinger, intervened in Chile, in 1973, to put an end to the government of Popular Unity and assassinate Salvador Allende.

These are three examples of a long list of invasions and interventions on the part of the US to interrupt democratic political processes in Latin America. We should add to the list all the other countries – with few exceptions – that have suffered invasions, coups or interventions over more than a century. In the 21st century, we can add ‘parliamentary’ coups against democratically elected presidents in Paraguay and Brazil, as well as the case of Honduras.

At present, Washington has troops on the border of Colombia with Venezuela, while they attempt to economically strangle the government of Nicolás Maduro, democratically elected in 2018. In addition to the blockade, the US has recruited a dozen Latin American countries and another four governments of Western Europe in a diplomatic offensive against the Bolivarian government. The troops on the Colombo-Venezuelan frontier respond to the threats of President Donald Trump to keep a military option of an invasion on the table.

It would be the first time in the history of relations between the US and Latin America that Washington launches a land invasion utilising a Latin American country. The modality has always been by maritime or air forces. The US has always used – before their invasions or coups d’état – a sophisticated propaganda operation on a global scale to legitimise their actions. In the majority of cases, they have only served to cover the first blow and afterwards they crumble. 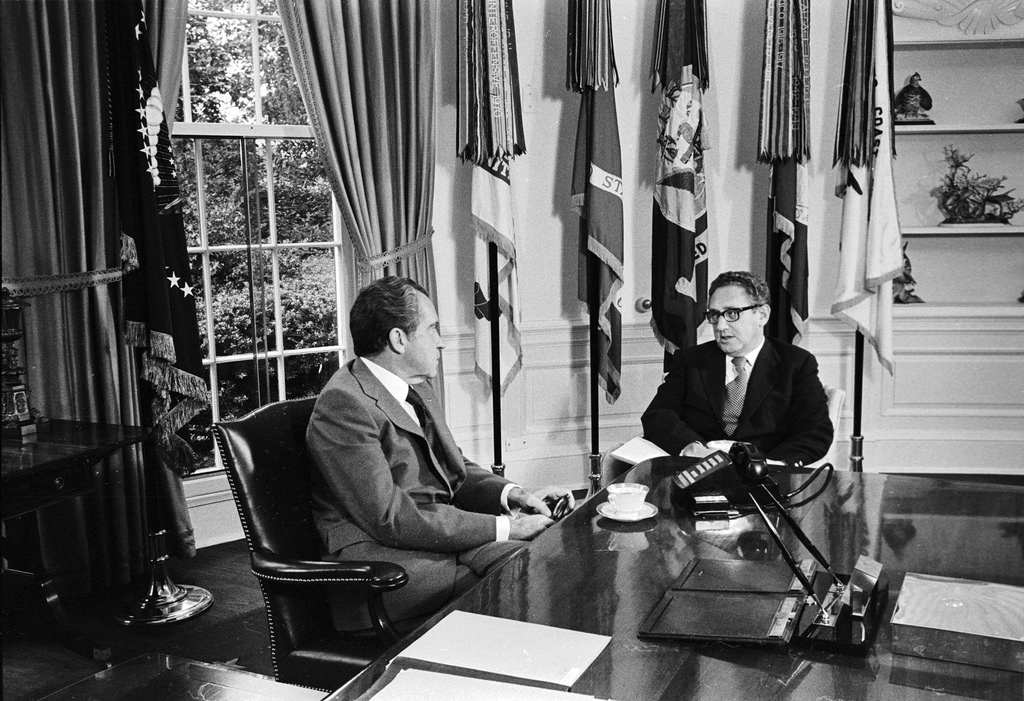 Arbenz, in Guatemala, was described by Eisenhower as a bloody dictator who followed the orders of Soviet communism. In fact, Arbenz was an advocate of the national bourgeoisie who wanted the banana exporting United Fruit Company to pay their taxes. In the Dominican Republic, Juan Bosch was a nationalist intellectual who came to power after the long dictatorship of Trujillo that was supported by the United States. Bosch promised an agrarian reform that would affect the big sugarcane plantations that were the property of US monopolies. As for Salvador Allende, he was a socialist who believed in democracy and in the possibility of putting the enormous mineral wealth (copper mines) at the service of the development of Chile. He paid for this error with his life and Chile was subjected to frightful barbarity through 20 years of military dictatorship.

In Venezuela, Nicolás Maduro is the object of a ferocious propaganda campaign on an international scale that encompasses all media and social networks. According to the Washington propaganda machine that reproduces daily ‘fake news’ in the US, Latin America and the whole world, Maduro is a brutal dictator, who lets people go hungry and has jails full of political prisoners.

In fact, Maduro was elected president, does not repress political adversaries, nor does he have political prisoners, and neither does he make Venezuelans go hungry. On the contrary, the political opposition meets in the National Assembly and mobilises sectors opposed to the Bolivarian government in the streets. He has even allowed a member of the assembly to self-proclaim himself as an ‘interim’ president with the support of the United States.

Seventeen years ago, US President George W. Bush backed a coup d’état against President Chávez that failed. Since then, to date, they have spent huge resources to put an end to the Bolivarian government. Trump and his advisers have put together an operation devised by the US “establishment” some two decades ago: humanitarian warfare. Although it sounds contradictory, the idea is to make war with a humanitarian cover up. The first step was to blockade Venezuela economically, creating chaos in the national market. Second, to promote a campaign of ‘fake news’ that would create a non-existing country. Third, given the economic chaos and the propaganda, they have established a supposed humanitarian crisis.

In response they propose to send humanitarian “assistance” to Venezuela, dissimulating the presence of US troops and all kinds of mercenaries. Trump would thus add his name to the nefarious list of US presidents that, again and again, have violated the sovereignty of all of Latin America.

Marco A. Gandásegui, Jr, Professor of Sociology of the University of Panama and Associate Researcher with CELA.

Translated for ALAI by Jordan Bishop. This article was originally published on alainet.org