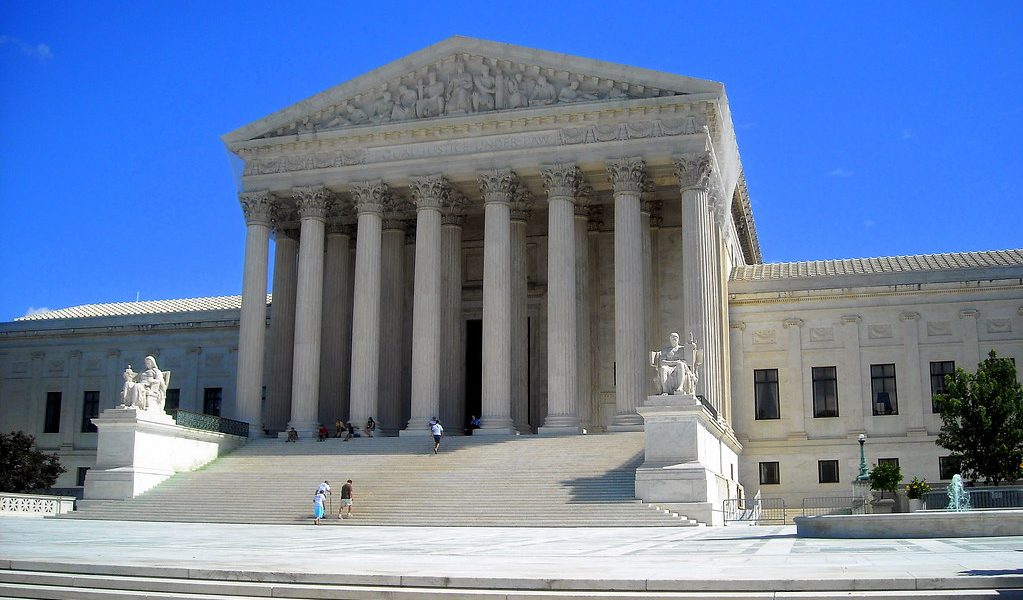 Washington/New York: A bill passed by Alabama legislators that would outlaw nearly all abortions in the state is the strictest such measure in the US. If signed into law, it will face legal challenges and put the focus on the conservative-majority US Supreme Court, the final stop on all roads in the fight over abortion.

Alabama’s law would outlaw almost all abortions, including in cases of pregnancies resulting from rape or incest. Exceptions would only be allowed to protect the mother’s health. Doctors who perform abortions could face up to 99 years in prison.

On Wednesday, May 15, Alabama Governor Kay Ivey was mulling whether to sign the law, part of an accelerating effort by some states and anti-abortion activists to get the Supreme Court to reconsider its landmark 1973 ruling in Roe v. Wade which holds that a woman has a constitutional right to abortion. If Ivey signs the bill, it would take effect in six months.

Roe v. Wade held that the due process clause of the 14th Amendment provides a fundamental right to privacy that protects a woman’s right to abortion.

The high court reaffirmed abortion rights in a 1992 decision that said abortion restrictions cannot place an “undue burden” on the right and most recently in 2016, when the court threw out a Texas law that would have imposed difficult-to-meet requirements on abortion clinics and abortion doctors.

The retirement last year of Justice Anthony Kennedy, who co-authored the 1992 decision and joined the 2016 one, has given conservatives a new opening to challenge Roe. Kennedy was replaced by President Donald Trump’s conservative appointee Brett Kavanaugh, who has a thin record on abortion. The court has a 5-4 conservative majority.

Before reaching the Supreme Court, the Alabama law would need to be challenged in federal district court. The judge’s decision would be appealed to the Atlanta-based 11th US Circuit Court of Appeals. The 11th Circuit is currently split 6-6 between Republican- and Democratic-appointed judges. Trump has made three recent appointments to that court.

Both those courts are bound to follow existing Supreme Court precedent. Only after those two rulings, which could take more than a year, would an appeal reach the high court.

There is a chance that the justices could be asked to intervene at an earlier stage if one of the parties files an emergency application seeking immediate review of a lower court decision. The court could, for example, stay a lower court ruling, but would not rule on the merits of the case at that point.

There are other cases already pending at the high court that could give the conservative majority the opportunity to weaken Roe v. Wade.

As soon as Monday, May 20, the court could act on two appeals concerning abortion restrictions in Indiana. One requires fetal remains to be buried or cremated and bans abortions performed because of fetal disability or the sex or race of the fetus. The other requires women to undergo an ultrasound examination at least 18 hours before they undergo an abortion. Both provisions have been struck down by lower courts.

Another pending case concerns a separate Alabama law that would effectively ban abortions after 15 weeks of pregnancy. The law criminalized an abortion method called dilation and evacuation, sometimes called D&E, in which the woman’s cervix is dilated and the contents of the uterus are removed.

The Supreme Court later this year is also set to act on a bid by Louisiana to revive restrictions on doctors who perform abortions, requiring that they have hospital admitting privileges.

How would Roe be overturned?

The Supreme Court could overturn Roe if it decides that the principle known as stare decisis, whereby the court traditionally stands by its older decisions, does not hold sway. The legal doctrine protects the court’s credibility by avoiding politicisation and keeps the law evenhanded.

However, the court can overrule its prior precedents if a majority of justices believe such action is warranted, in part because they believe the precedent had been wrongly decided. On Monday, liberal Justice Stephen Breyer dissented when the court overturned a 1979 precedent in an unrelated case and in doing so cited the 1992 abortion ruling that upheld Roe. “Today’s decision can only cause one to wonder which cases the court will overrule next,” he wrote.

Other conservative states have passed laws that will also face legal challenges. Kentucky, Ohio, Mississippi, and Georgia this year passed bills that would ban abortions after six weeks. In January, a federal judge struck down a similar Iowa law.

States have also passed laws similar to Alabama’s that ban dilation and evacuation abortions. Abortion rights activists have said it is the most common method of abortion during the second trimester of a pregnancy. North Dakota in April became the 12th state to enact a D&E ban.