Washington argues it triggered the return of sanctions - known as "snapback" - because a UN resolution that enshrines the pact still names it as a participant. 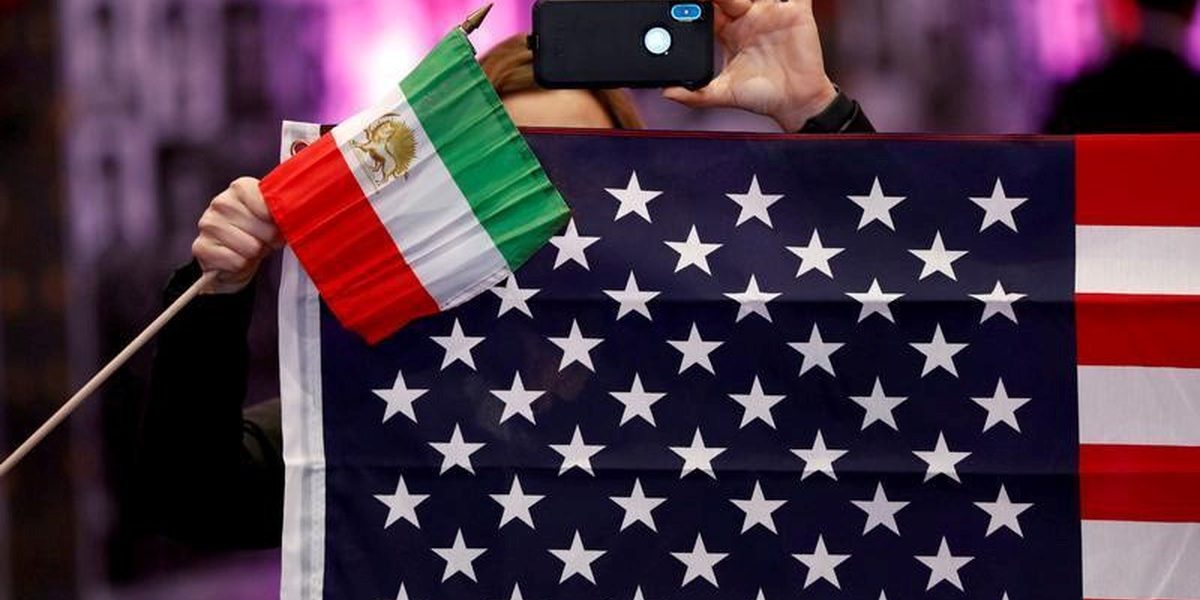 Attendees hold flags from Iran and the United States as Iranian Americans from across California converge in Los Angeles to participate in the California Convention for a Free Iran and to express support for nationwide protests in Iran from Los Angeles, California, U.S., January 11, 2020. Photo: REUTERS/ Patrick T. Fallon

New York: United Nations Secretary-General Antonio Guterres told the Security Council on Saturday he cannot take any action on a US declaration that all UN sanctions on Iran had been reimposed because “there would appear to be uncertainty” on the issue.

US Secretary of State Mike Pompeo said last month that he triggered a 30-day process at the council leading to the return of UN sanctions on Iran on Saturday evening that would also stop a conventional arms embargo on Tehran from expiring on October 18.

But 13 of the 15 Security Council members say Washington’s move is void because Pompeo used a mechanism agreed under a 2015 nuclear deal between Iran and world powers, which the United States quit in 2018.

“It is not for the Secretary-General to proceed as if no such uncertainty exists,” he said.

UN officials provide administrative and technical support to the Security Council to implement its sanctions regimes and Guterres appoints independent experts to monitor implementation. He said that “pending clarification” of the status of the Iran sanctions, he would not take any action to provide that support.

Washington argues it triggered the return of sanctions – known as “snapback” – because a UN resolution that enshrines the pact still names it as a participant. Diplomats say few countries are likely to reimpose the measures lifted under the 2015 deal that aimed to stop Iran from developing nuclear weapons.

“If the UN Member States fail to fulfil their obligations to implement these sanctions, the United States is prepared to use our domestic authorities to impose consequences for those failures,” Pompeo said in a statement on Saturday.

He said that in the coming days Washington would announce additional measures to strengthen the implementation of the UN sanctions and “hold violators accountable.” The United States is trying to push Iran to negotiate a new deal with Washington.

Russia’s Deputy UN Ambassador Dmitry Polyanskiy responded on Twitter, “We all clearly said in August that the U.S. claims to trigger snapback are illegitimate. Is Washington deaf?”

Our letter to #UNSC President and Secrerary-General on latest US announcement on alleged #snapback. Clear position: there is no return of UN Sanctions on #Iran pic.twitter.com/BunM7arwYZ

Longtime US allies Britain, France and Germany told the council on Friday that UN sanctions relief for Iran would continue and that any decision or action is taken to reimpose UN sanctions “would be incapable of legal effect.”

Iran‘s UN Ambassador Majid Takht Ravanchi said on Twitter on Saturday, “US illegal and false ‘deadline’ has come and gone … Swimming against international currents will only bring it more isolation.”