Officials have been accused of firing tear gas canisters into crowds, in enclosed areas and directly at individual protesters on multiple occasions. 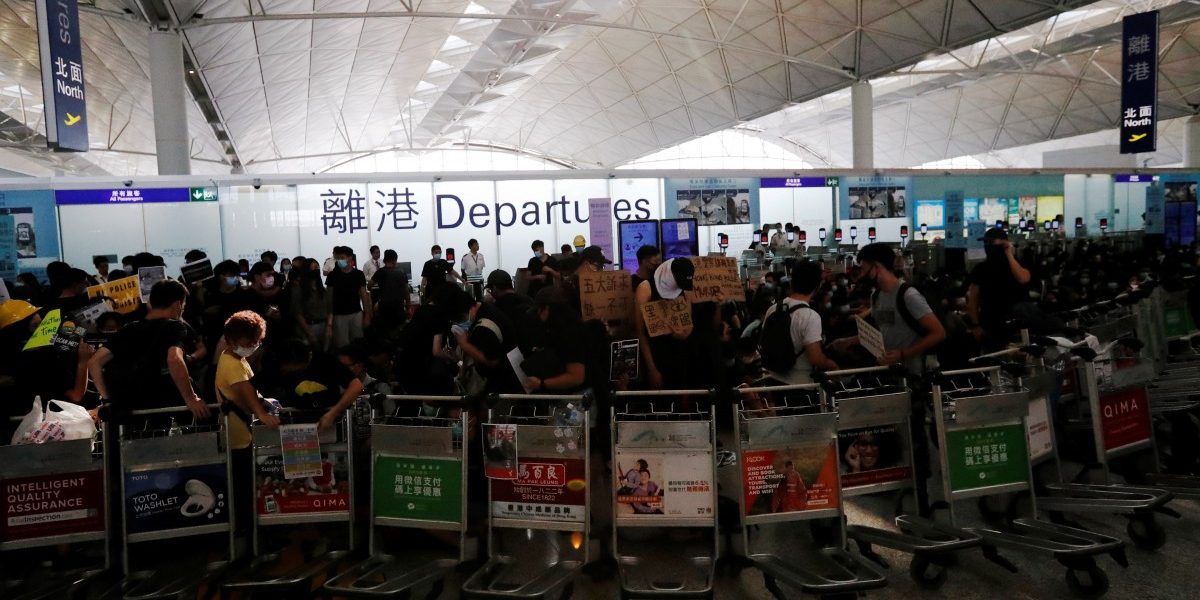 Anti-government protesters stand at a barricade made of trolleys during a demonstration at Hong Kong Airport, China. August 13, 2019. Photo: Reuters/Issei Kato

“Officials can be seen firing tear gas canisters into crowded, enclosed areas and directly at individual protesters on multiple occasions, creating a considerable risk of death or serious injury,” Bachelet said in a statement.

Her office “urges the Hong Kong authorities to act with restraint, to ensure that the rights of those who are expressing their views peacefully are respected and protected, while ensuring that the response by law enforcement officials to any violence that may take place is proportionate,” she said.

Her spokesman Rupert Colville conceded that security forces in the former British colony were sometimes in a difficult situation. “We are not saying it is easy, but nevertheless they have to avoid excesses, otherwise they can just make the situation worse … You risk really a vicious circle of rising violence and tension.”

China’s comments about “sprouts of terrorism” emerging in Hong Kong were not helpful and risked inflaming the situation, Colville said.