The lives of 4.1 million Syrians will be at risk if the UN vote decides to entrust the responsibility of humanitarian aid with the Bashar al-Assad regime, which has committed crimes against humanity. When I was forced to flee my home six years ago, my family and I felt broken. The world had failed to save Aleppo, our home, after years of siege and bombardment by the Syrian government and its Russian ally.

I remember walking between the green buses that were sent to evacuate us and thinking about the first time I picked up a camera to document what was happening, to give us hope for a better future. I looked at my little daughter’s face as I watched the destroyed buildings fade into the distance as we left Aleppo. I kept thinking: “This can’t be the last time I’ll see my beloved city. One day we’ll all be back there to live freely.”

Yet here we are now, years later, Bashar al-Assad remains in power in Syria and continues to bomb, besiege and oppress civilians. We can’t believe that today the UN Security Council is debating whether to allow his regime to run the UN’s aid operation.

The lives of 4.1 million people are currently at risk ahead of a key vote on a UN resolution to renew the authorisation of the last remaining cross-border aid route before it expires on July 10. Since 2014 this route has been used by the UN to deliver aid from Turkey into opposition-held northwestern Syria without needing to request permission from the Assad regime.

There are growing fears that Russia may veto the resolution, leading to the shutdown of the Bab al-Hawa border crossing and forcing aid to be delivered from Damascus across conflict lines to Idlib. This would cut off a crucial lifeline for millions of civilians who rely on this aid to survive. It would also spark the worst humanitarian crisis Syria has seen in the past 11 years.

Access to basic humanitarian aid in northern Syria is being held hostage by Russia, which is also responsible for bombing hospitals and killing civilians in Syria. There is no justification for blocking access to food or medical supplies to civilians who need it so much. 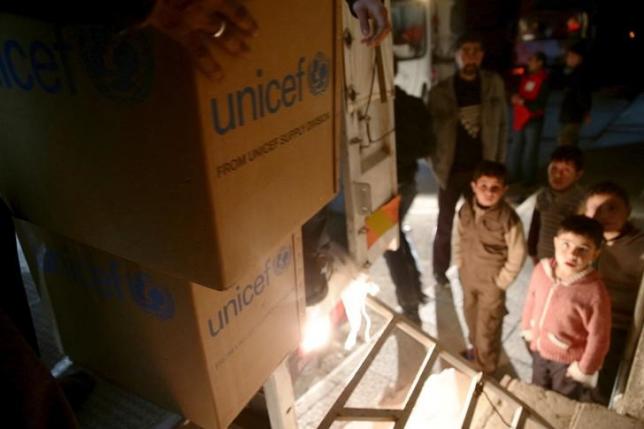 Let’s be clear: failure to renew the cross-border mechanism will cause irreparable, unnecessary harm to countless Syrians.

As one of the 10 elected members of the UN Security Council, India has a crucial role to play in preventing a humanitarian catastrophe. During a recent trip to New York, I appealed to many Council members to take a strong stand to ensure cross-border aid deliveries can continue. They have the power and responsibility to show a united front at the Security Council and reject the politicisation of aid.

In recent years the situation in northern Syria has grown even more desperate amid a crippling economic crisis and severe international aid cuts. Across northwest Syria, more than 2.8 million people displaced by the conflict live in dire conditions – many in makeshift tents in camps – where they are dependent on UN aid.

Without access to aid, many families will be forced to decide between sending their children to school or working to feed the family. Cases of child marriage are expected to rise. Ending cross-border aid will also deal a devastating blow to a health system already weakened by years of funding cuts, shortages in supplies and deliberate attacks by Syrian and Russian forces.

As a survivor of the siege of Aleppo, I have witnessed firsthand the brutality this Syrian regime is prepared to inflict on its own people. Living in the last remaining hospital in Aleppo (run by my husband Hamza) I have seen its willingness, with Russia, to bomb medical facilities or target health workers who are working to save lives.

How can we hand over the delivery of life-saving aid to a regime that has committed crimes against humanity against its own people and has a history of using humanitarian aid as a weapon of war?

This is a regime that has bombed aid convoys and has consistently manipulated aid distribution. It has forced no less than 22 “surrender or starve” sieges on civilian areas, deliberately withholding humanitarian supplies from residents to force them to give in.

The horror-filled siege we experienced in 2016 was inflicted by the Syrian regime with support from Russia. But the crisis that would result if the Security Council fails to renew cross-border aid will be the result of inaction from many more parties. Such inaction, in our eyes, is a serious crime.

The only way to prevent a Russian veto that will endanger millions of lives is to show a united front. Elected members of the Security Council must join forces and make their voices heard. They must stand up for humanity by voting to ensure cross-border humanitarian aid deliveries can continue to save millions of lives.

Waad al-Kateab is a Syrian filmmaker and co-founder of Action for Sama.