In his address to the G20, Zelenskiy said the war should be ended 'justly and on the basis of the UN Charter and international law.' 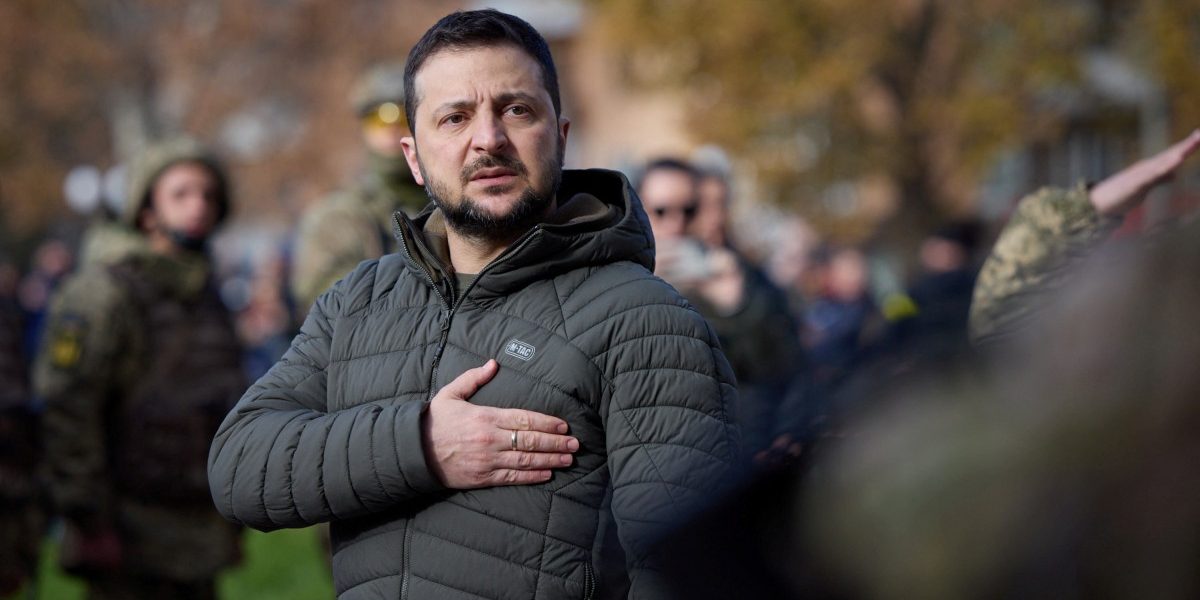 Nusa Dua: Ukrainian President Volodymyr Zelenskiy on Tuesday told world leaders gathered at a Group of 20 (G20) summit in Indonesia that now was the time to stop Russia’s war in his country under a peace plan he has proposed.

Zelenskiy was speaking via video link to the summit on the Indonesian island of Bali.

“I am convinced now is the time when the Russian destructive war must and can be stopped,” he said, according to a copy of his speech reviewed by Reuters.

Ukrainian forces have made advances against Russian troops in recent weeks in Ukraine’s east and south.

Zelenskiy on Monday visited Kherson city in the south, the biggest prize his troops have recaptured, vowing to press on until Ukraine reclaims control of all of its occupied territory.

In his address to the G20, Zelenskiy said the war should be ended “justly and on the basis of the UN Charter and international law”.

He called for restoring “radiation safety” with regard to the Zaporizhzhia nuclear power plant, introducing price restrictions on Russian energy resources, and expanding a grain export initiative. He also called for all Ukrainian prisoners to be released.

“Please choose your path for leadership – and together we will surely implement the peace formula,” he said.

The United States expects the G20 to condemn Russia’s war in Ukraine and its impact on the global economy at the conclusion of the meeting in Bali, a senior U.S. official said earlier.

Russia calls its action in Ukraine a “special operation” to disarm Ukraine and protect it from fascists. Ukraine and the West say the fascist allegation is baseless and that the war is an unprovoked act of aggression.

Russia’s foreign minister, Sergei Lavrov, is representing his country at the G20 after Russia said President Vladimir Putin was too busy to attend.