"Targeted strikes against museums – not even terrorists would think of this. But this is the kind of army we are fighting against," he said. 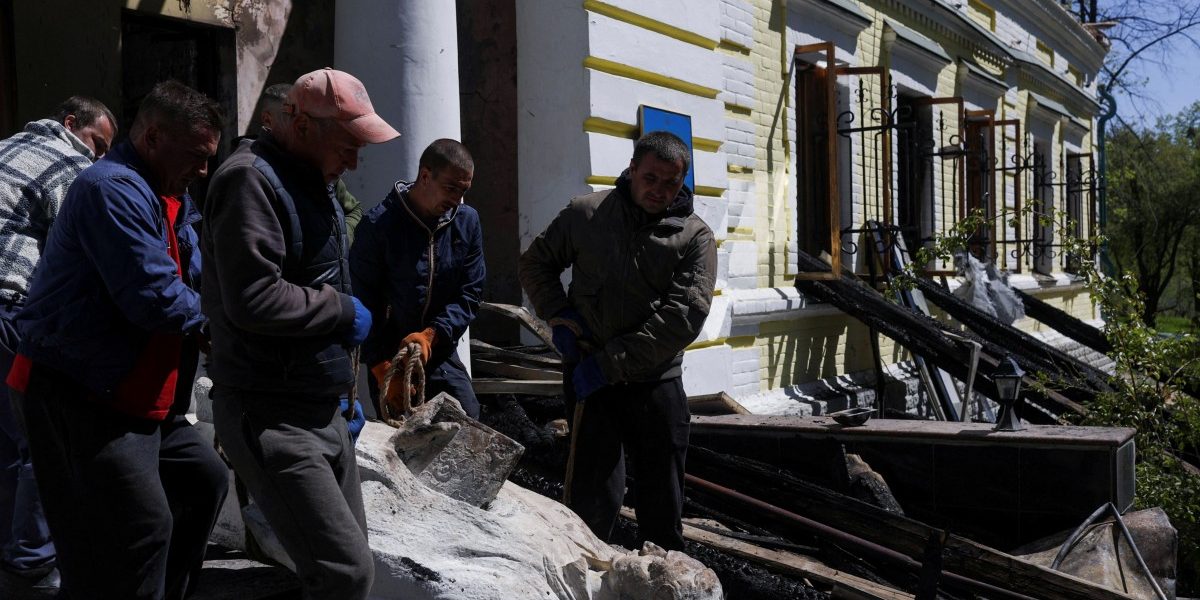 Ukrainian President Volodymyr Zelenskiy said on Saturday, May 7 he was speechless after Russian shelling destroyed a museum dedicated to the 18th century philosopher and poet Hryhoriy Skovoroda.

The overnight attack in the village of Skovorodynivka in eastern Ukraine hit the roof of the museum, setting the building ablaze and injuring a 35-year-old custodian. The most valuable items had earlier been moved for safety, said Kharkiv regional governor Oleh Sinegubov.

“Every day of this war the Russian army does something that leaves me speechless. But then the next day it does something else that makes you feel the same way again”, Zelenskiy said in a late night video address.

“Targeted strikes against museums – not even terrorists would think of this. But this is the kind of army we are fighting against,” he said.

Skovoroda, of Ukraine Cossack origin, spent the last years of his life in the village of Ivanovka, which was later renamed in his honour – Skovorodynivka.

Also read: Beyond Russia’s Invasion of Ukraine Is a Memory War That Both Sides Are Waging

“This year marks the 300th anniversary of the great philosopher’s birth”, Sinegubov said in a post on social media. “The occupiers can destroy the museum where Hryhoriy Skovoroda worked for the last years of his life and where he was buried. But they will not destroy our memory and our values.”

Moscow calls its actions a “special military operation” to disarm Ukraine and rid it of what it calls anti-Russian nationalism fomented by the West. Ukraine and the West say Russia launched an unprovoked act of aggression.