The crisis du jour is Russia-NATO tensions over Ukraine with potential spillover ramifications for China and Taiwan. Can the West adjust psychologically to living with Chinese characteristics? 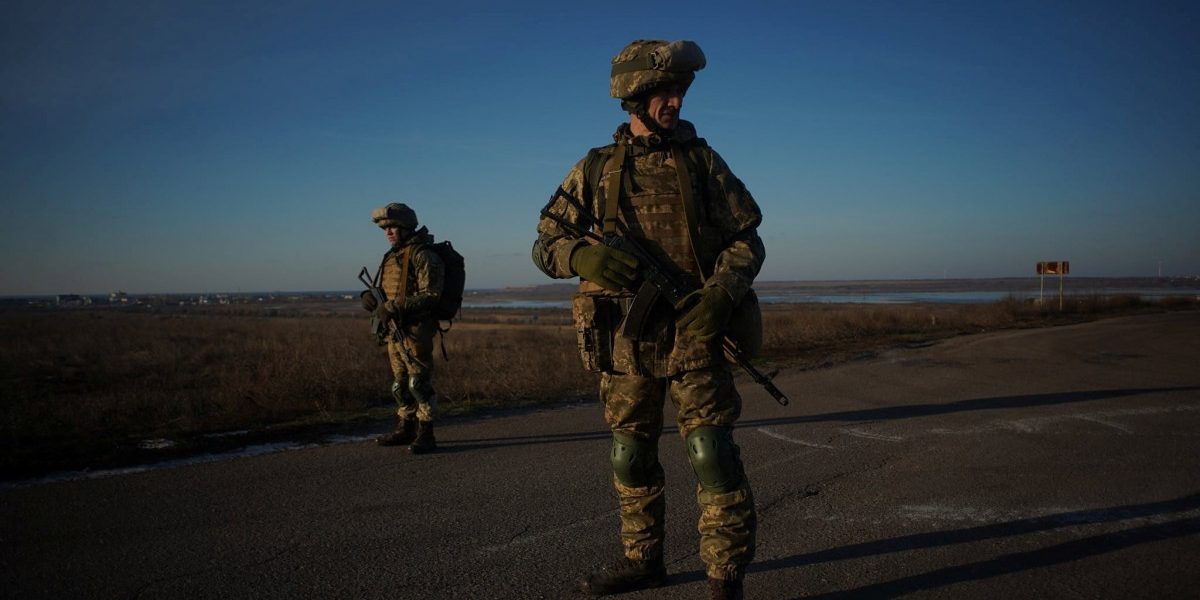 Every great power needs an organising principle of foreign policy; great powers rise and fall on the tide of history and no power remains great forever; no great power retreats forever; there’s no way to reliably judge whether a great power has begun its descent into permanent decline or is merely in temporary retreat; and geopolitical fault lines during periods of power transition are fraught with grave risks of war rooted in miscalculations of relative power. Although everything in the preceding sentence should be unexceptionable, applying the verities to any given event or theatre is challenging.

The crisis du jour is Russia-NATO tensions over Ukraine with potential spillover ramifications for China and Taiwan. Do Western allies want to make the fate of Ukraine and/or Taiwan the central organising principle of their relations with Russia and China? Sentiment might tempt us into formulating a Ukraine/Taiwan policy and structuring relations with Russia and China accordingly. Realism dictates that we should first formulate a Russia and China policy and then address the current and potential crises within that strategic framework.

In his political memoir Incorrigible optimist, former Australian foreign minister Gareth Evans recounts former US president Bill Clinton saying at a private function in 2002 that America faced a stark choice after the end of the Cold War. It could strive to stay ‘top dog’ forever, or it could use its dominant power ‘to try to create a world in which we will be comfortable living when we are no longer top dog on the global block’. Successive US administrations, including Clinton in the 1999 Kosovo intervention, chose the first option.

The roots of the current crisis lie in Russia’s annexation of Crimea in 2014. John Kerry declared in March 2014 that in the 21st century, you can’t just invade countries on a ‘completely trumped-up pretext’. Coming after the US invasion of Iraq 11 years earlier – that is, in the 21st century – the secretary of state’s lack of self-awareness about the irony and hypocrisy of this pronouncement was stunning, but noted in US as well as Russian commentary.

The US foreign policy establishment had to determine if post-Cold War Russia was a great power in temporary retreat or permanent decline. Kosovo and other events betrayed the belief in the second conclusion. President Vladimir Putin’s statements and actions indicate his conviction that Russia must stop retreating. The US foreign policy elite in the ascendant after the end of the Cold War lost the experience and analytical frame of dealing with Russia as a peer whose interests and sensitivities had to be appreciated, albeit not necessarily always accommodated. This led to a catastrophic error of judgement in the decision to be actively involved in toppling the pro-Russian but elected Ukrainian president in 2014 and replacing him with a pliant anti-Russian one.

Remember the notorious ‘Fuck the EU’ comment from Assistant US Secretary of State Victoria Nuland? In the same call on January 28, 2014 with Geoffrey Pyatt, the US ambassador to Ukraine, Nuland said that Ukrainian opposition leader Arseniy Yatsenyuk ‘is the guy’ to back, ‘laying bare a deep degree of US involvement’ in Ukraine’s internal affairs, in the words of the Washington Post report. Yatsenyuk duly served as Ukraine’s prime minister from 2014 to 2016. Nuland is President Joe Biden’s under-secretary of state for political affairs. Did anyone in Washington pause to think of what conclusions Putin might draw from her appointment?

Russia’s proximate interests in Ukraine have deep linguistic, ethnic, historical, national-identity and geopolitical roots. By contrast, US interests there are contingent, distant and optional add-ons. The loss of Crimea would have posed an existential threat to Russia, with its Black Sea Fleet headquartered there and access to the littoral states and a sea bridge to the Middle East. The Crimean referendum was legally dubious, but there’s little doubt that a genuine referendum would produce the same overall outcome.

NATO rejections of the Kosovo precedent for Russia’s actions in Crimea – ‘we remember 1999 very well,’ Putin said in a major speech to both houses of the Russian parliament in March 2014 – were disingenuous. Crimea had been part of Russia since the reign of Catherine the Great. By the logic of the Balkans in the 1990s, if Ukraine resisted Crimea’s wish to reunite with Russia, NATO should have bombed Kyiv into submission.

After the debacle of Biden’s Afghanistan withdrawal and then his diplomatic gaffe about a ‘minor incursion’ by Russia in Ukraine, I briefly flirted with the temptation of coming out of retirement to write a book with the tentative title: ‘White flag flutters atop the White House’. But America’s impotence over Ukraine is neither a reflection of its true power nor an authentic test of credibility or will to act when US vital interests are under threat. The more serious issue is that the near-unanimous and biting criticism over Afghanistan and the deepening narrative of Biden being a pushover president might be circumscribing his options for a diplomatic compromise in favour of a tough military response.

That leaves the values of a free society as the one remaining core interest at stake. In addition to war fatigue that has sapped US resolve to deploy hard power, America’s soft power is also being undermined from within. No country is free of a stained past, but Western contributions to the sum of global human welfare are unmatched. Despite that, Western societies have been convulsed with self-loathing and bitterly polarising culture wars, dysfunctional politics and free-floating moral moorings. Even Putin warns against the West’s cancel culture and woke ideology – the aggressive redactions of history, the privileging of minorities’ interests, the blurring of gender identity, the renunciation of family – as being reminiscent of the stifling oppression and conformism of Bolsheviks after the 1917 revolution.

Meanwhile in the Indo-Pacific, the real threat is not China as the unstoppable global rule-breaker. If the power shift continues apace, which is by no means assured, the bigger threat is that China might become the dominant rule-maker, interpreter and enforcer, the role that the West has become accustomed to playing for the past few centuries. Chinese officials have learned the lesson that a first-rate power uses international law to enforce compliance on others but dismisses legal restrictions on its own behaviour. It’s not US weakness vis-à-vis Russia that guides their action so much as memories of US behaviour when it was top dog. Can the West adjust psychologically to living in a global rules-based order with Chinese characteristics?

Ramesh Thakur, a former UN assistant secretary-general, is emeritus professor at the Australian National University and a senior research fellow at the Toda Peace Institute.

The article was originally published on The Strategist.