As more details of the 'partygate' scandal at Downing Street emerged the previous day, the 15% threshold of opposition MPs seeking a confidence vote was met on Monday. 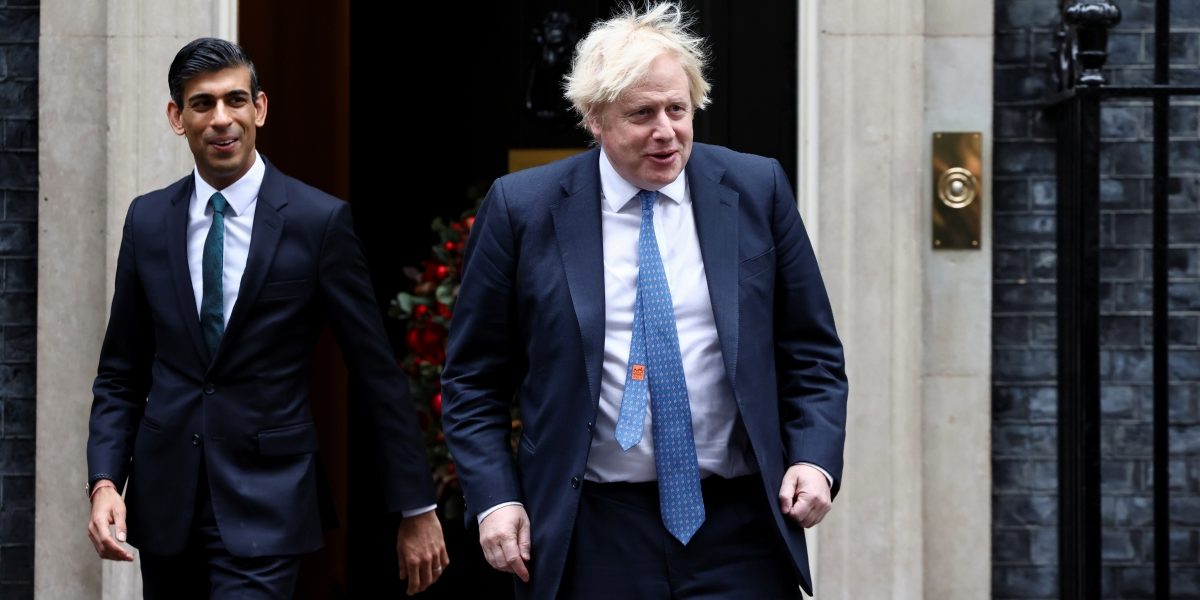 London: The UK’s embattled Prime Minister, Boris Johnson, will face a vote of confidence on his leadership of the Conservative Party on Monday, June 6, the chair of the party’s backbench committee announced, days after more details of the partygate scandal at Downing Street emerged.

Sir Graham Brady, who is in charge of collating the letters of no-confidence received by the 1922 Committee, said the threshold of 15% of the Tory parliamentary party, or 54 MPs, seeking such a vote has been met and it will take place on Monday evening in the House of Commons.

The vote follows weeks of disquiet within the ruling Conservative Party, with several members of Parliament and former ministers voicing their concerns over the partygate scandal of illegal gatherings at Downing Street during the COVID-19 lockdowns, which they feel has damaged the party’s credibility in the eyes of the voters.

“The threshold of 15% of the parliamentary party seeking a vote of confidence in the leader of the Conservative Party has been exceeded,” Brady said in a statement.

“In accordance with the rules, a ballot will be held between 18:00 and 20:00 (local time) today, Monday June 6, details to be confirmed. The votes will be counted immediately afterwards. An announcement will be made at a time to be advised. Arrangements for the announcement will be released later today,” he said.

According to analysts, Johnson (57) looks likely to win such a vote but it will deliver a blow to his leadership.

The rebel MPs need to muster 180 votes to oust him as party leader and Prime Minister and it is widely believed they may have pushed this vote of confidence too soon and without building up a strong appetite for a new party leader.

Under the current Conservative Party rules, if Johnson wins, it would rule out another similar no-confidence vote for at least 12 months.

Downing Street released a short statement following Brady’s announcement to say that the vote would help the government move on to more pressing matters.

“Tonight is a chance to end months of speculation and allow the government to draw a line and move on, delivering on the people’s priorities,” the statement read.

“The PM welcomes the opportunity to make his case to MPs and will remind them that when they’re united and focused on the issues that matter to voters, there is no more formidable political force,” it said.

The Cabinet has, so far, collectively stood by their leader, including UK Foreign Secretary Liz Truss, believed to be a frontrunner to compete for the top job.

“The Prime Minister has my 100 per cent backing in today’s vote and I strongly encourage colleagues to support him,” she tweeted.

The Prime Minister has my 100% backing in today’s vote and I strongly encourage colleagues to support him.

He has delivered on covid recovery and supporting Ukraine in the face of Russian aggression. He has apologised for mistakes made.

We must now focus on economic growth.

The UK’s Indian-origin Chancellor Rishi Sunak also took to Twitter to announce his support for Johnson, saying the Prime Minister has shown the strong leadership the UK needs.

From the vaccine rollout to our response to Russian aggression, the PM has shown the strong leadership our country needs.

I am backing him today and will continue to back him as we focus on growing the economy, tackling the cost of living and clearing the Covid backlogs.

Those believed to be in the running for leadership include former health secretary Jeremy Hunt; chair of the Commons Foreign Affairs Committee, Tom Tugendhat; and UK Education Secretary Nadhim Zahawi, with others such as Sunak more reluctant since unwelcome headlines over his Indian wife Akshata Murty’s tax affairs surfaced.

Back in December 2018, former prime minister Theresa May won a vote of confidence with 63% of party MPs supporting her amid Brexit upheavals.

This meant another such vote was ruled out for at least another year, but the result did not quell the building disquiet over her leadership and by May 2019, she was forced to announce that she would quit as Tory leader the following month.

It paved the way for a contest to replace her and Johnson was elected in July 2019 on a promise to “get Brexit done”.

In recent weeks, more than 40 Tory MPs had publicly called for Johnson’s resignation as party leader over the scandal of COVID law-breaking parties, dubbed ‘partygate’, under his premiership at Downing Street, an issue which remains in the spotlight since the scathing findings of leadership failures in an inquiry by top civil servant Sue Gray.

The report, released after a Scotland Yard probe which saw Johnson and wife Carrie being fined for a lockdown-breaching birthday party in the Cabinet Room of Downing Street in June 2020, laid bare parties and misconduct within government offices during the 2020-2021 lockdowns to control the spread of coronavirus.

Johnson returned to Parliament to reiterate a previous apology, saying he took full responsibility for what went on under his watch. However, besides the Opposition, there have been growing calls for him to step down within his own party quarters.