UK Falling Behind in Race to Engage with India: British Parliamentary Report

It calls for the government to make it easier for Indians to get tourist, work and study visas to reawaken the ties between the two democracies. 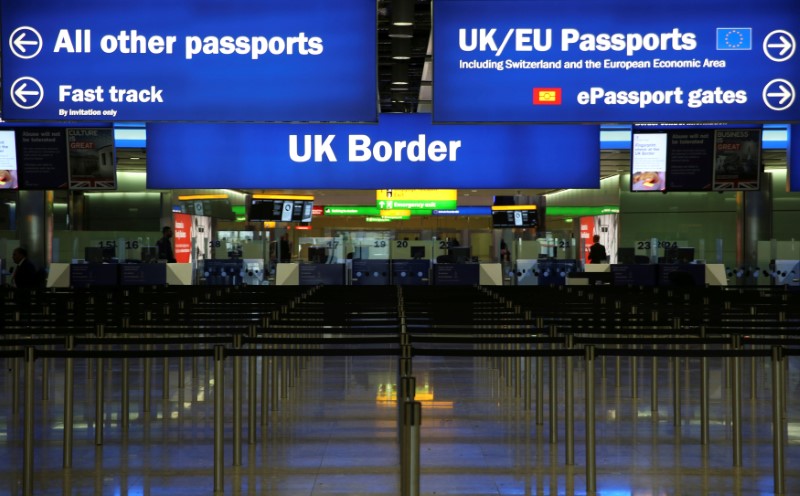 London: The UK is falling behind in the global race to engage with India as it has failed to adjust its strategy to fit India’s enhanced influence and power on the world stage, a new British parliamentary inquiry report concluded on Monday.

The report ‘Building Bridges: Reawakening UK-India ties’, released to coincide with the first-ever India Day in the Houses of Parliament to mark the launch of UK-India Week 2019, called for a reset of ties through better visa and immigration policies for Indian tourists, students and professionals as it accuses the UK government of missing opportunities in the bilateral relationship.

“The UK is falling behind in the global race to engage with a rising India…The story of the UK’s recent relationship with India is primarily one of missed opportunities, the report said.

There are certain practical steps the government must take to reset its relationship with India, in particular making it easier for Indians to visit the UK and to work or study here, it noted.

On the issue of visas, it expressed concern that India seems to face tougher norms than a non-democratic country like China.

“There is no excuse for the migration policies that have led the UK to lose ground in attracting Indian students and tourists who not only contribute to our economy but build lasting bilateral ties.

“The FCO (Foreign and Commonwealth Office) should ensure that the goal of improving the overall relationship with India is woven into the broader government migration policy. Something has gone wrong, if it is more difficult for citizens of a strategically important democracy that shares our values, language and history to visit or study in the UK than those of an autocracy such as China.”

While the inquiry acknowledged that in all fundamental respects the UK is well placed to capitalise on a mutually beneficial relationship with India, it warned that the relationship between the two democracies is not fulfilling its potential because the right message is not going out to New Delhi.

“As the UK prepares to leave the EU, it is time to reset this relationship. We cannot afford to be complacent or rely on historical connections to deliver a modern partnership, it said.

The report follows the year-long “Global Britain and India” inquiry, launched by the House of Commons’ cross-party Foreign Affairs Committee (FAC) in July last year to explore the India-UK relationship in the context of Britain’s impending exit from the European Union (EU).

Through a series of oral and written submissions from a diverse range of organisations and individuals working within the UK-India corridor, the influential parliamentary committee concluded that the UK must prioritise talks with India and do more to lay the groundwork for an eventual free trade agreement.

The Indian Ocean is identified as a vital arena for closer defence and security cooperation between the two countries.

“The FCO should take care to ensure that stronger economic ties with China are not at the expense of a deeper partnership with India, it warned.

Tom Tugendhat, Conservative Party MP and Chair of the FAC, raised the issue of the UK government’s failure to formally apologise for the Jallianwala Bagh massacre during the British Raj in time for its 100th anniversary in April this year as an important symbolic opportunity which was missed.

He said: As new powers challenge the structure of global trade and dispute resolution, we cannot miss the opportunity to partner with India. Trade, security, a shared commitment to the rules-based international system these are all factors in our growing and evolving partnership.

The government needs to make sure the UK is making its support for India clear, reawakening the ties between us and building bridges that are made to last.

The report’s findings are expected to feature heavily during the course of UK-India Week, organised by UK-based media house India Inc, which includes a high-profile Leaders’ Summit in Buckinghamshire, south-east England.