Voters have backed the current prime minister's bid to deliver Brexit on January 31. 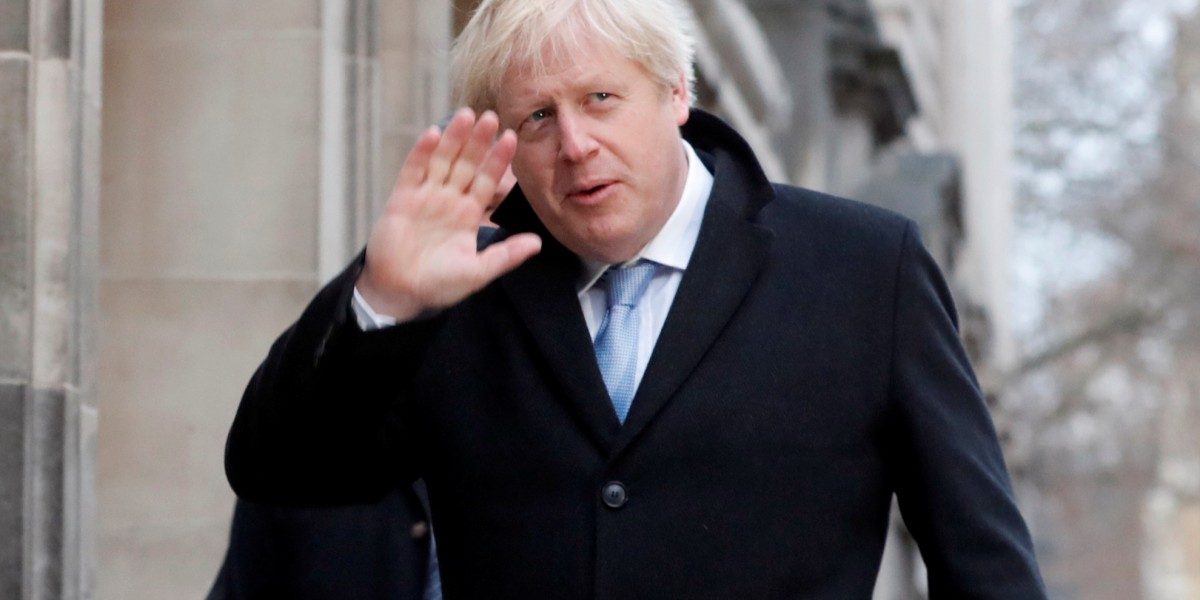 Britain's Prime Minister Boris Johnson waves as he arrives at a polling station, at the Methodist Central Hall, to vote in the general election in London, Britain, December 12, 2019. Photo: Reuters/Thomas Mukoya

London: Prime Minister Boris Johnson’s Conservative Party was on course for a resounding victory in Britain’s election after voters backed his bid to deliver Brexit on January 31, the country’s most significant geopolitical move in 70 years.

For Johnson, whose 20-week tenure in power has been marked by chaotic scenes in parliament and stark division on the streets over Britain’s tortuous departure from the European Union, the victory in Thursday’s contest is vindication.

Educated at the country’s most elite school and recognisable by his bombastic style, the 55-year-old must not only deliver Brexit but also convince Britons that the contentious divorce, which would lead to lengthy trade talks, is worth it.

A landslide Conservative win would mark the ultimate failure of opponents of Brexit who plotted to thwart a 2016 referendum vote through legislative combat in parliament and prompted some of the biggest protests in recent British history.

An exit poll showed the Conservatives winning a landslide 368 seats, more than enough for a comfortable majority in the 650-seat parliament and the biggest Conservative national election win since Margaret Thatcher’s 1987 triumph.

“I hope you enjoy a celebration tonight,” Johnson, the New-York born former mayor of London, told supporters in an email. “With any luck, tomorrow we’ll be getting to work.”

If the exit poll is accurate and Johnson’s bet on a snap election has paid off, he will swiftly ratify the Brexit deal he struck with the EU so that the United Kingdom can leave on Jan. 31 – 10 months later than initially planned.

But nearly half a century after joining what has become the world’s largest trading bloc, Johnson faces the daunting challenge of striking new international trade deals, preserving London’s position as a top global financial capital and keeping the United Kingdom together.

Labour were forecast to win 191 seats, the worst result for the party since 1935, after offering voters a second referendum and the most radical socialist government in generations. Labour leader Jeremy Corbyn faced calls to quit.

Brexit far from over

After nearly four years of serpentine Brexit debate that has riven the United Kingdom, deadlocked parliament and shocked allies, a majority will allow Johnson to lead the United Kingdom out of the club it first joined in 1973.

But Brexit is far from over.

He faces the daunting task of negotiating a trade agreement with the EU, possibly in just 11 months, while also negotiating another trade deal with U.S. President Donald Trump.

The outcome of the negotiations will shape the future of Britain’s $2.7 trillion (2.1 trillion pounds) economy. After January 31, Britain will enter a transition period during which it will negotiate a new relationship with the remaining 27 EU states. 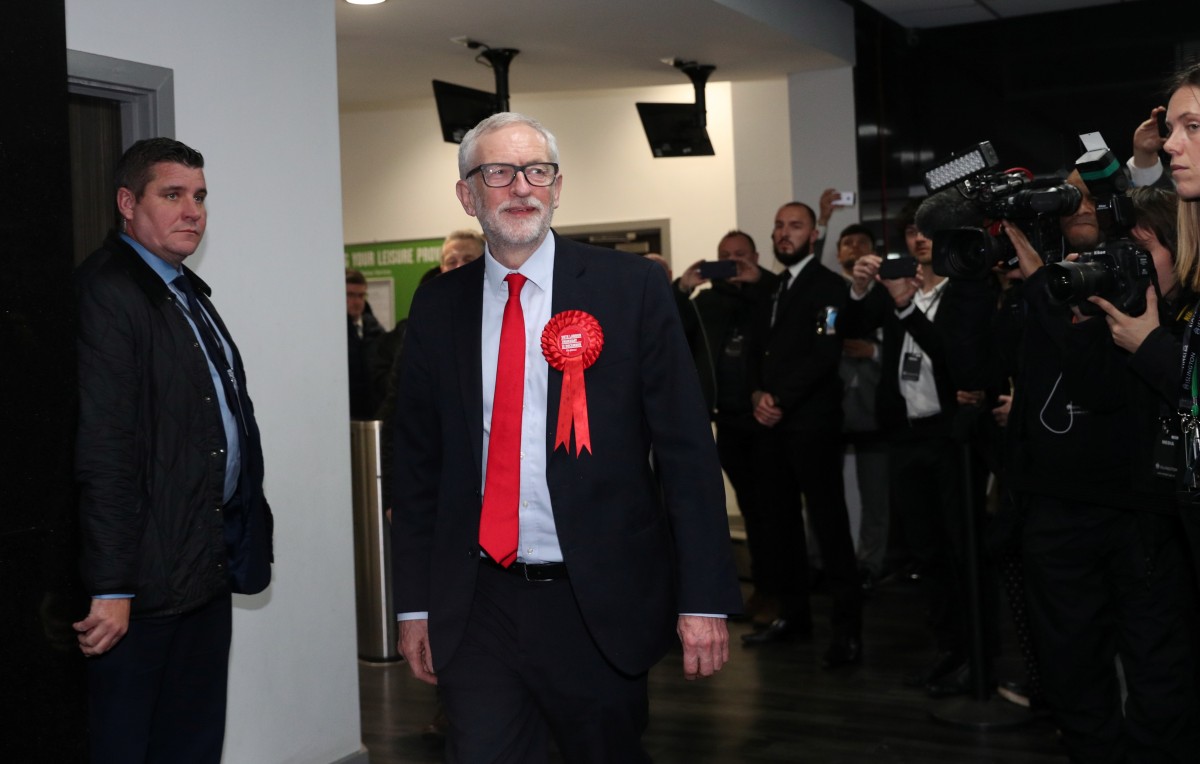 This can run until the end of December 2022 under the current rules, but the Conservatives made an election promise not to extend the transition period beyond the end of 2020.

A large majority could give him the political security to extend the trade talks beyond 2020 because he could overrule the Brexit hardliner European Research Group (ERG) faction inside the party.

“The bigger the Tory majority of course the less influence over this the ERG and Euroskeptics will have,” said Nigel Farage, leader of the Brexit Party. “It will be called Brexit but it won’t really be.”

Johnson called the first Christmas election since 1923 to break what he said was the paralysis of Britain’s political system after more than three years of crisis over how, when or even if to leave the European Union.

The face of the victorious “Leave” campaign in the 2016 referendum, Johnson fought the election under the slogan of “Get Brexit Done”, promising to end the deadlock and spend more on health, education and the police.

He was helped early in the election by Farage’s Brexit Party which stood down hundreds of candidates in a bid to prevent the pro-Brexit vote from being split. Early results showed the Brexit Party had poached a significant number of voters from Labour.

While Brexit framed the election, the slow-motion exit from the EU has variously fatigued, enthused and enraged voters while eroding loyalties to the two major parties.

The exit poll suggests Johnson’s strategy had breached Labour’s so-called “Red Wall” of seats across the Brexit-supporting areas of the Midlands and northern England where he cast his political foes as the out-of-touch enemies of Brexit.

Labour, if it is defeated by the margins shown in the exit poll, now faces a civil war between the socialists who control it and more moderate factions which will demand power.

Labour candidate Gareth Snell said he expected to lose his parliamentary seat in Stoke-on-Trent – a city once regarded as a Labour stronghold, and made clear that he wanted Corbyn to take responsibility for the party’s poor performance.

Asked if it was time for Corbyn and his finance chief John McDonnell to go, Snell replied: “Yes”.

Snell said a combination of the perception that Labour was blocking Britain’s exit from the European Union, and some voters dislike of Corbyn meant he expected to lose the seat his party had held since it was created in 1950.

“It’s a lovely and toxic combination of the fact that the message in Stoke-on-Trent that’s been heard by the voters is that Labour Party tried to stop Brexit,” Snell told the BBC.

The Liberal Democrats were forecast to win 13 seats, the exit poll said, but the Brexit Party were not predicted to capture any.

The Scottish National Party, which strongly opposes Brexit, would win 55 of the 59 seats in Scotland, the poll said, setting the scene for it to demand a second independence vote, after secession was rejected by 55% to 45% in 2014.

“Boris Johnson has to respect that the Scottish government in Edinburgh already has a mandate for a referendum on Scottish independence in a change of circumstances,” said SNP Westminster leader Ian Blackford.

“He has to respect the right of the people of Scotland to determine their own future and we have got no desire to be taken out of Europe.”