The Minister for Asia in the Foreign, Commonwealth and Development Office responded to the debate by reiterating that UK government's unchanged stance that Kashmir is a bilateral issue. 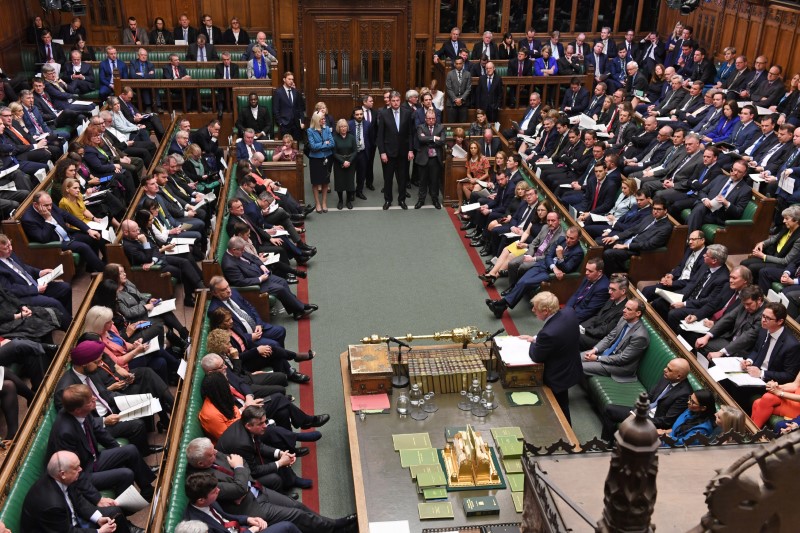 General view of a Prime Minister's Questions session in the House of Commons, in London, Britain January 15, 2020. Photo: ©UK Parliament/Jessica Taylor/Handout via Reuters

London: Members of Parliament from the UK’s All Party Parliamentary Group (APPG) on Kashmir have tabled a motion on human rights in Kashmir for a debate in the House of Commons, drawing a strong reaction from India which said any assertion made in any forum on a subject related to an integral part of the country needs to be duly substantiated with authentic verifiable facts.

The Minister for Asia in the Foreign, Commonwealth and Development Office (FCDO), Amanda Milling, responded to the debate on Thursday by reiterating the UK government’s unchanged stance on Kashmir as a bilateral issue.

The government takes the situation in Kashmir very seriously but it’s for India and Pakistan to find a lasting political solution, taking into account the wishes of the Kashmiri people. It’s not for the UK to prescribe a solution or to act as a mediator, said Milling.

The Indian government expressed dismay at some of the language used by participating MPs in the Backbench Debate, specifically Pakistani-origin Labour MP Naz Shah.

A minister from the Indian High Commission in London condemned the attack on Prime Minister Narendra Modi and highlighted Kashmir’s status as an integral part of India.

It is with sadness that the High Commission of India notes that an august institution of a fellow democracy has been misused today to level abuse against the elected leader of the largest practising democracy in the world, the minister said, referring to Shah’s remarks on the 2002 Gujarat riots.

The debate, which was scheduled to be held in March 2020 but had to be postponed due to the COVID-19 pandemic lockdown, was opened by Opposition Labour Party MP Debbie Abrahams who recounted her visit to Pakistan-occupied Kashmir in February 2020.

Kashmiris must be at the heart of a trilateral peacebuilding process, she said, reiterating that Thursday’s debate was not pro or anti any country and only speaking in favour of human rights.

Over 20 cross-party MPs participated on both sides of the debate, with Labour MP Barry Gardiner highlighting the terrorist camps harboured by Pakistan in the region and drawing parallels with neighbouring Afghanistan.

“Over the years Pakistan has harboured Taliban leaders and the ISI, their security services, provided other forms of support to them and to other terrorist organisations,” he said.

As a democracy where religious minorities have full constitutional protections and which places great value on the respect for the rule of law, I believe that India’s courts and institutions are well capable of properly investigating alleged human rights abuses, said Villiers.